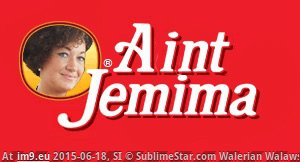 The NAACP official who today resigned in the face of evidence that she masqueraded as black once sued Howard University for denying her teaching posts and a scholarship because she was a white woman, The Smoking Gun has learned.

Rachel Dolezal, 37, who headed the NAACP’s Spokane, Washington chapter, sued Howard for discrimination in 2002, the year she graduated from the historically black college with a Master of Fine Arts degree.

Dolezal, then known as Rachel Moore, named the university and Professor Alfred Smith as defendants in a lawsuit filed in Washington, D.C.’s Superior Court. During the pendency of the civil case, Smith was chairman of Howard’s Department of Art.

According to a Court of Appeals opinion, Dolezal’s lawsuit “claimed discrimination based on race, pregnancy, family responsibilities and gender.” She alleged that Smith and other school officials improperly blocked her appointment to a teaching assistant post, rejected her application for a post-graduate instructorship, and denied her scholarship aid while she was a student.

The court opinion also noted that Dolezal claimed that the university’s decision to remove some of her artworks from a February 2001 student exhibition was “motivated by a discriminatory purpose to favor African-American students over” her.

As detailed in the court opinion, Dolezal’s lawsuit contended that Howard was “permeated with discriminatory intimidation, ridicule, and insult.”

Judge Zoe Bush dismissed Dolezal’s complaint in February 2004, 18 months after the lawsuit was filed and Dolezal was deposed on several occasions. Bush found no evidence that Dolezal was discriminated on the basis of race or other factors. The D.C. Court of Appeals subsequently affirmed Bush’s decision.

Following the dismissal of Dolezal’s lawsuit (and the Court of Appeals decision), she was ordered to reimburse Howard for a “Bill of Costs” totaling $2728.50. During the case, she was also ordered to pay the university nearly $1000 in connection with an “obstructive and vexatious” court filing that sought to improperly delay her examination by an independent doctor.