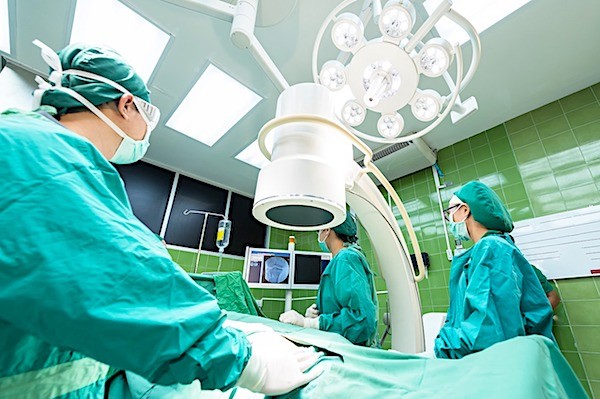 A Muslim doctor is facing charges that he sterilized non-Muslim women who underwent a variety of primary surgeries without asking their permission or even notifying them.

A Muslim doctor is facing charges that he sterilized non-Muslim women who underwent a variety of primary surgeries without asking their permission or even notifying them.

The news and opinion website Caldronpool reported more than 50 women have made complaints against Dr. Siyabdeen Mohammed Safi.

The 42-year-old worked at Kurunegala Hospital in Sri Lanka.

“Some of the women have accused the doctor of sterilizing them during a standard Caesarean procedure,” the site reported.

Also, there were reports that thousands of women also may have “unknowingly undergone the procedure known as tubal ligation,” which involves sealing the fallopian tubes to prevent fertilized eggs from reaching the uterus for implantation.

The surgeon was arrested by Kurunegala police for amassing unusually large sums of money and assets. There were suspicions the wealth was coming from a terrorist group.

“Sri Lanka’s Ministry of Health has launched a special committee to investigate the allegations, comprised of gynecologists and representatives of the Sri Lanka Medical Council,” the report said.

“Whatever it takes to conquer and to subjugate, it is a religiously sanctioned duty of believers to subvert the House of War,” Douglass-Williams wrote.

She pointed out that there immediately was a backlash because the suspect is Muslim.

One government official, she reported, charged, “You all would not have these concerns if this doctor was Sinhalese! Since the doctor is a Muslim you have a issue.”

Douglass-Williams wrote that sterilizing women without knowledge or consent “is criminal on its own; but then there is another inconvenient truth: no other doctrine tries to out-populate territories inch by inch toward global dominance but Islam.”

The Colombo Telegraph in the Sri Lankan capital reported Health Minister Rajitha Senarathne expressed confidence that the truth would come out through an investigation by the Criminal Investigation Department and his agency.

The Government Medical Officers Association, meanwhile, said its members have no confidence in the Ministry of Health.