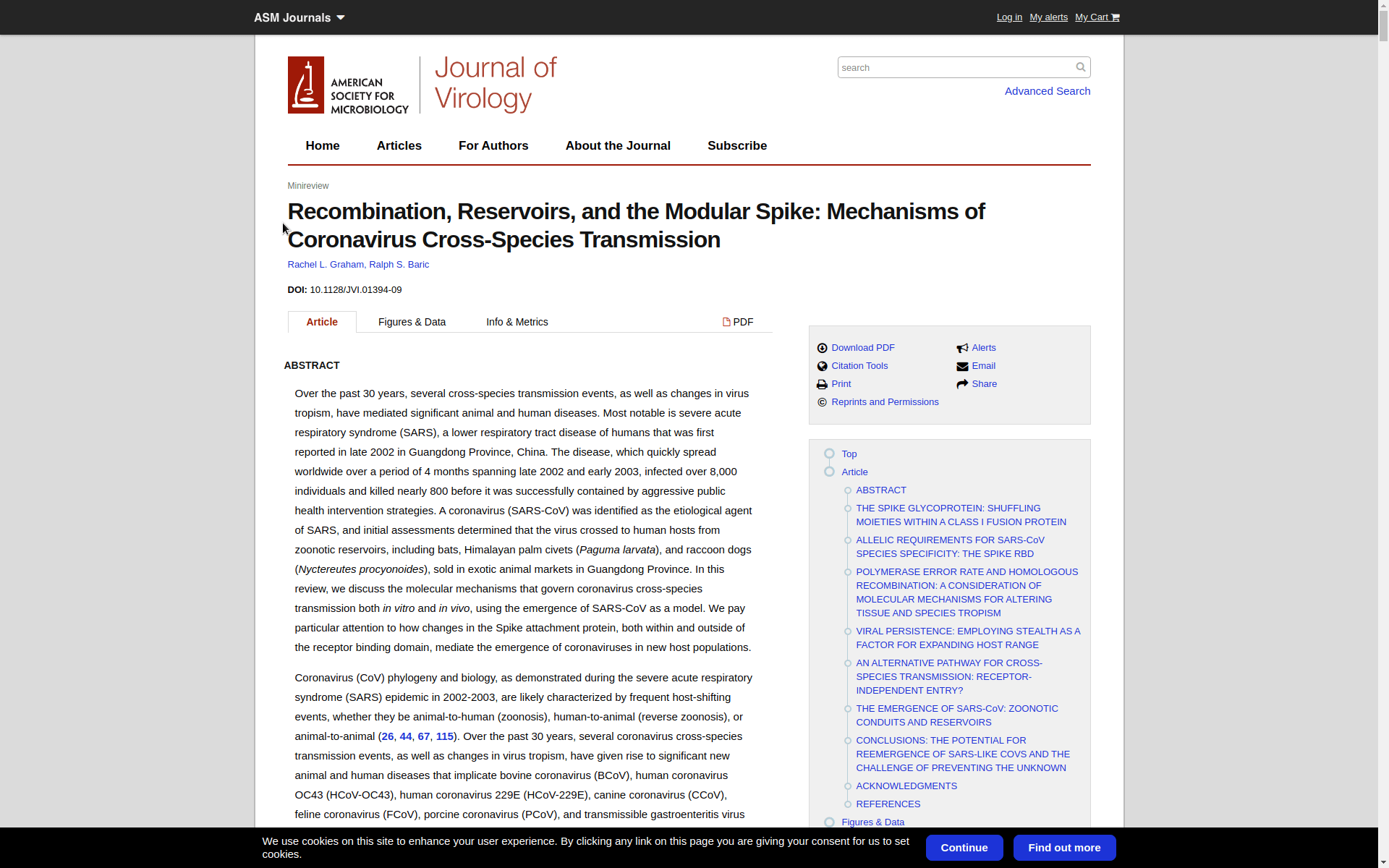 I’ve listened to a lot of videos and should have saved on where they were talking about the possibility of the spike-protein that these vaccines are producing recombining with other non-human infectious viruses making them humanly transmissible.

I’ve been trying to find medical research supporting this theory and came across one possible study from 2010.
[link to jvi.asm.org (secure)]

Additionally, in our recent reconstruction of the bat SARS-like CoV (Bat-SCoV), we were able not only to replace the RBD of Bat-SCoV with the human equivalent in order to generate infectious progeny but also to generate a recombinant human virus (Bat-F) in which the 3&#8242; 5,700 nucleotides (nt), including the S-coding sequence 3&#8242; of the RBD, were replaced with those from the Bat-SCoV sequence (10). Both mutants were infectious in primate cells, suggesting an as-yet-undefined plasticity and perhaps a modular design in the Spike protein-coding sequence that allows for robust interchange of component parts.

That the spike-protein is modular in design and can swap to other viruses. They mention the following viruses that may swap modularity with this human infecting spike-protein:

If you have come across similar videos, articles or info on this, I’d love to gather more resources because making our cells produce this modular spike-protein is likely the equivilant of making an infected cell with another virus the reason why new hot viruses will emerge from ‘vaccinated’ hosts.

Literally epic doom if you can comprehend the big picture of risk to humanity if normally dangerous but inert viruses become transmissable through this modular recombining process and we have millions and millions of lab-rats producing this spike-protein now.