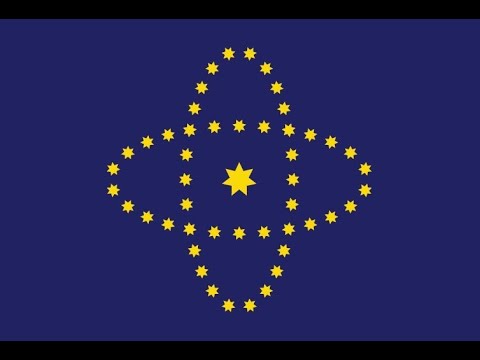 In a live stream from a boat in New York Harbor on the anniversary of the 1989 anniversary of the Tiananmen Square massacre, Guo said that “from today the Chinese Communist Party (CCP) will no longer be the lawful government of China.”

Bannon, meanwhile, said a renegade organization that calls itself the “Rule of Law Movement” aims to “rid the Chinese Communist Party of its dictatorship over the Chinese people” and replace it with Western law such as is in Great Britain and the United States. HaTTiP

1. The ANTIFA，an American terrorist group, operated by The Communist International, is working along with the CCP, carrying out a series of attacks in the past couple of days to mess up the United States and the West. While the CCP-virus pandemic is still spreading around the world, CCP is coordinating its allies from Africa, the Middle East, to certain Northern European countries, especially North Korea, Cuba to create troubles for the United States, aiming to make the United States and Europe kowtow to it to solve the “problem”. President Trump will crash the ANTIFA riots in the following days, and no one can mess up the United States.

2. In early March of this year, per the top-secret information of the CCP National Security Conference, they made a plan to carry out a secret plan and ensure that the pandemic in the United States would reach its peak time by the end of May and early June, even under the lock-down time. The CCP is working hard to stir up the social stability in the United States and its economy, hoping to force the United States and Europe to compromise and work with CCP, eventually.

3. For Hong Kong, CCP will strongly implement the harsh arrest and detention policy against anyone who dares to challenge them, along with the so-called National Security Law of Hong Kong and a series of other evil laws.

4. CCP will continuously attack and infiltrate the social network and facilities in Europe and the U.S., using the backdoor from Huawei’s system and performing DDOS attacks.

5. The CCP has spent such 4 billion dollars to sabotage our GTV by cyber-attacks to the military scale, that our broadcasting tomorrow should be stopped at any cost, as they wished. This is a bare Internet warfare, and also a blatant breach of Internet regulations worldwide. Those US media platforms compromised to, or cooperated with the CCP has so violated the United States regulations or even committed crimes against national security, that they will be paying for what they deserve.

6. Tomorrow, against all odds, however, we will declare solemnly to the world of our faith, our determination, and our capacity, of which the Declaration of the Federal State of New China is solidly comprised. In the coming 72 hours, the world will observe a new born of history when the initiators of the Whistleblower Movement, joined by our battle-buddies and friends, will come forward and cooperate together with governments worldwide. The future generations will mark tomorrow as the turning point for the necessary steps in terminating the Chinese Communist Party by justice and rule of law. Over 90 countries throughout the world will be sending their observation groups to our broadcasting tomorrow. The CCP is condemned and doomed because of their infiltration of the coronavirus to the world, because of their manipulation of terrors messing up the United States, and because of their killing, raping and sodomizing tens of thousands of young protesters in Hong Kong. The Communism regime of China will be obsolete and illegal after Fourth of June, when the echoes from the Tiananmen Square finally reached the Statue of Liberty, where the Federal States of New China comes into being.

7. We’ve accomplished the privately offered project of GTV, bearing the hopes of our friends-in-arms and likeminded people. We’ve made a history that during this pandemic, this shut-down of economy and downturn of finance, we managed to raise 3500 million dollars from individuals, in addition to 1170 million dollars raised from VOG, which will be joined as institutional investors later. Every investor is the donor to the Rule of Law Foundation or the Rule of Law Society, and each of the fund marks their faith in freedom, democracy and their anti-CCP struggles. The total funds raised has elevated our estimated market value from 2 billion dollars to 10 billion dollars.

8. We are also going to improve and reopen the G-Dollar and G-Coin preorder system, both of which will be run under the coming Himalaya Reserve, being the harbor of individual fortunes against the downfall of CCP. In two or three months, there will be 50 Himalaya Farms established worldwide serving as the embassy for Chinese people in the post-CCP era. The Himalaya Salvage action will soon be online to rescue people persecuted under the CCP regime, the priority will definitely be for brothers and sisters suffered in Hong Kong and Mainland China. The decent, wealthy and safe life is never the privilege for the Communists. All human beings are created and bestowed the Natural Rights equal. We care about that a government has to be of “one man one vote”, and should be for, by, and of the people, where the public power should never be privatized, and the private properties should never be appropriated; ultimately, there would never be fears for all men and women.

9. With GTV’s ten-million-share logistics assistance, with the help of Ms. Sara from Voice of Guo, and with other staff working together as well as putting down fears and dignity to help their comrades and help our Hong Kong compatriots, the gift of shares will be completed on June 16th.

10. By next Saturday, the world will be a different place. The Whistleblower Movement has entered a deeper stage. After the founding of the new Chinese federation, the United States will destroy the CCP with proper, legislative methods. It is expected that there will be more than 10 million live streaming views, and the CCP will be the evil that is going to be recorded. The United States, Europe, Japan, and other countries will be united to destroy the communist party. Our principle is one person one vote, legal regime, no personality worship, no falsely creating gods, loving each one’s families and friends, respect, and no “Great leaders”.

11. This GTV financing broke the ceiling of hundreds of investments and set a Guinness record. The majority shareholder of GTV is a national investment stock. It is expected to become a trillion enterprise in three years.

12. A country shall treat people with candor and good faith. A country shall be guided by elites. Lastly, the holy city of Hong Kong shall be remembered as it sets a role model of being a country that produces joys and happiness. https://gnews.org/221062/