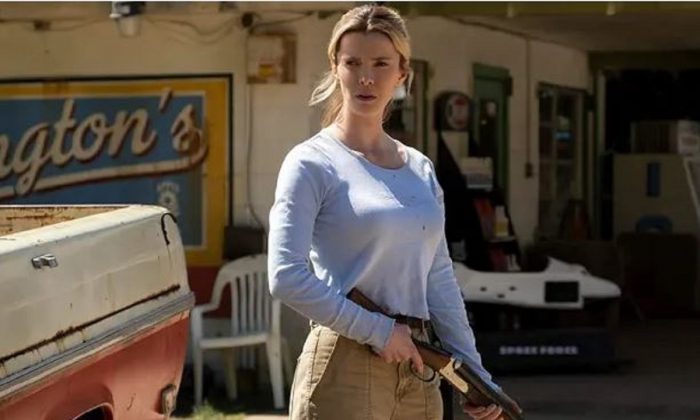 A movie showing liberals stalking supporters of President Donald Trump is slated to be released in September but has lost an advertisement on ESPN in the wake of two mass shootings on Aug. 3 and Aug. 4.

The movie, “The Hunt,” from Universal Pictures, shows people hunting down “deplorables,” a term failed presidential contender Hillary Clinton used to describe supporters of Trump during the 2016 campaign.

“Did anyone see what our [expletive]-in-chief just did?” one character asks others early in the movie, reported the Hollywood Reporter. “At least The Hunt’s coming up. Nothing better than going out to the Manor and slaughtering a dozen deplorables.”

Universal is about to release a movie in which liberal "elites" hunt and gun down rural "deplorables" for sport. ESPN pulled ads and others might follow. https://t.co/HICDaJiQaF

One executive who passed on the script told the outlet that he didn’t even read it, adding: “The idea seemed crazy.”

“Employees in different departments were questioning the wisdom of making such a movie in these times,” added a filmmaker with ties to Universal. “In light of the horrific [recent shootings], is this not the most craven, irresponsible, dangerous exploitation?”

Executives have tried billing the film as satire, though it’s unclear what’s satirical about it. A search for interviews from anyone involved with the film didn’t turn up anything.

An inside source told the Reporter that Universal is trying to decide what to do in the wake of the mass shootings. Some executives want to support Blum, one of Universal’s top producers, and Zobel, and view the project as satire. But plans could change “if people think we’re being exploitative rather than opinionated,” the source added.

The first teaser for Craig Zobel's 'The Hunt' sets up a dangerous game: https://t.co/fhMLPgnzvm pic.twitter.com/3QsLK7t1Ks

ESPN pulled an advertisement for the movie over the weekend while AMC aired an ad Sunday night.

According to the official description for the movie, it shows 12 strangers waking up in a clearing. “They don’t know where they are, or how they got there. They don’t know they’ve been chosen—for a very specific purpose—The Hunt.”

“In the shadow of a dark internet conspiracy theory, a group of elites gathers for the very first time at a remote Manor House to hunt humans for sport. But the elites’ master plan is about to be derailed because one of the hunted, Crystal, knows The Hunters’ game better than they do. She turns the tables on the killers, picking them off, one by one, as she makes her way toward the mysterious woman at the center of it all,” the description added.

The first trailer for @blumhouse's #TheHuntMovie reveals the hunt is on. And it's brutal.https://t.co/DidDQBDfNY

Wayne Duplee’s character, one of the strangers who wakes up in the clearing, tells the others in a trailer that he knows what happened.

“Every year, a bunch of elites kidnap normal folk like us and hunt us for sport,” he says. The group lists where they are all from, which includes Wyoming, Mississippi, and Florida.

Universal is about to release a movie in which liberal "elites" hunt and gun down rural "deplorables" for sport. ESPN pulled ads and others might follow. https://t.co/HICDaJiQaF