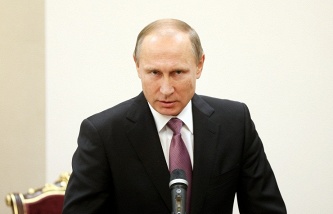 Putin: Russia will not tolerate such crimes as attack against its Sukhoi-24 plane

SOCHI, November 24. /TASS/. Kremlin stresses that Russia is not threatening Turkey with military consequences for shooting down Su-24 combat aircraft, but warned of “inevitable consequences”.

“…of course, I would not [speak about it] — and the president, in fact, was not talking about any military implications and we should proceed from that,” the Russian president’s spokesman, Dmitry Peskov told reporters.

“The president refrained from such statements, but at the same time, of course, he stressed inevitability of consequences after such unfriendly actions of the Turkish side,” he said.