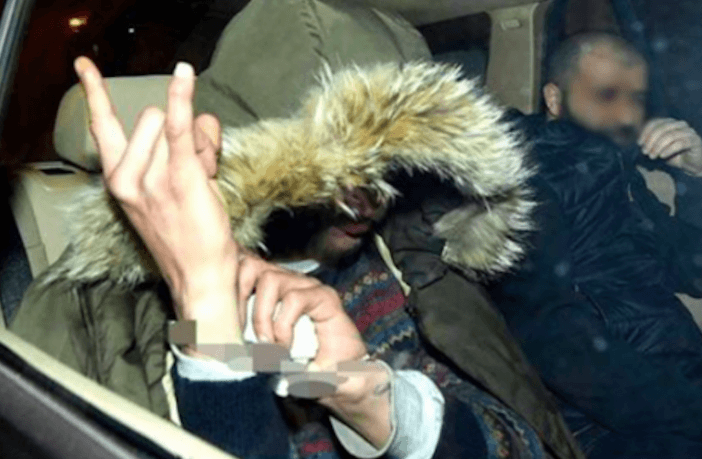 Prosecutors said that a suspect has confessed to murdering 33-year-old Italian Stefano Leo, who was found stabbed to death on the banks of the River Po in Turin on 23 February, for the sole reason that he wanted to kill someone.

Source: Moroccan migrant murdered random Italian because “he looked happy and he couldn’t stand his happiness” – Voice of Europe

The suspect, Said Machaouat, a 27-year-old Moroccan, turned himself in at the weekend.
“I am the murderer of Stefano Leo. I have to turn myself in. I feel hunted by the Carabinieri (Italian military police force)”.
“Among all the people who were passing, I chose to kill this young man because he looked happy. And I couldn’t stand his happiness”, Mechaout said, according to the prosecutors.
Mechaout didn’t know the victim, at least this is what he told the Carabinieri.
“That morning”, he confessed, “I decided I would have to kill someone. I went to buy a set of knives, then threw away all but the sharpest. Then I went to Murazzi and waited. When I saw that guy I decided I couldn’t bear his happy look.”
“I saw him, he looked at me and I thought that he should suffer like me. I cut his throat with my knife.”“The motive is spine chilling,” Turin prosecutor Paolo Borgna said.
Mechaout was quoted as telling prosecutors Ciro Santoriello and Enzo Bucarelli that “I wanted to kill a lad like me, to take away all his prospects, his children, his friends and relatives”.
The suspect, who showed investigators to where a kitchen knife that is thought to have been the murder weapon was, said he was depressed after splitting up with his ex wife.
“The worst thing was knowing that my four-year-old boy was calling a friend of my ex partner daddy”, Mechaout was quoted as saying.