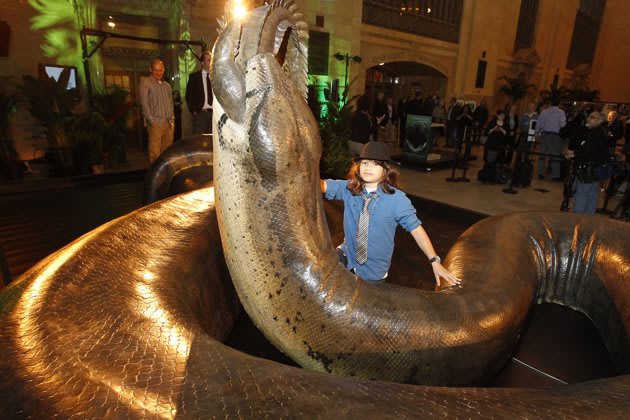 The good news: It’s not alive. Anymore. But the full-scale replica of the reptile — which was unveiled at the commuter hub on March 22 — is intended, as Smithsonian spokesperson Randall Kremer joked, to “scare the daylights out of people” — actually has a higher calling: to “communicate science to a lot of people.” The scientifically scary-accurate model will go a long way toward that: If this snake slithered by you, it would be waist-high and measure the length of a school bus. Think of it as the T-rex of snakes.