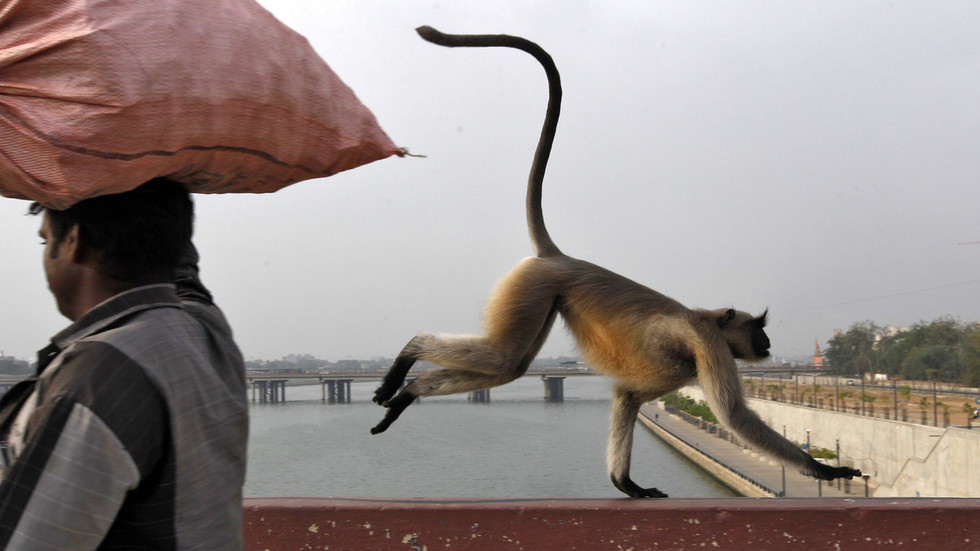 A gang of monkeys assaulted an employee of a medical college in northern India and snatched blood samples of coronavirus-positive patients from him, causing panic among locals.

The brazen attack took place in broad daylight on the campus of the state-run medical college in the town of Meerut in the state of Uttar Pradesh earlier this week.

The laboratory technician was transporting the tests from four patients undergoing treatment for Covid-19. All of a sudden, “monkeys grabbed and fled with the blood samples,” Dr. S. K. Garg, a top official at the college, told Reuters.

The authorities said it wasn’t clear if the thieves were able to open the samples and spill their contents, but the resourcefulness of these animals is well-known. A video which swiftly went viral on social media shows one of the monkeys sitting on a tree and chewing on the sample collection kits.

A monkey in India's Meerut intervened a lab technician carrying blood samples of Covid-19 patients and snatched the packets from him. Technician now facing inquiry over why he choose to record the incident instead of rescuing the packets.#coronavirus pic.twitter.com/mO1gmdGEwX

The news caused alarm among people in Meerut, who feared that the monkeys could take the hazardous samples to residential areas and spread the virus, which has already infected more than 167,000 and killed over 4,700 in India.

The destruction of their natural habitat has forced many monkeys to search for food in India’s residential areas in recent years. And with people staying indoors due to the Covid-19 lockdown, the monkeys apparently decided that they are now in charge.

“No evidence has been found that monkeys can contract the infection,” Dr. Garg said. However, there have been a number of cases of other animal species, especially house pets, getting Covid-19 from humans.

In April, there were reports of more than a dozen monkeys dying in Uttar Pradesh of a “mysterious disease,” which some said could have been pneumonia caused by the coronavirus. But some veterinarians suspect that the victims drank contaminated water.