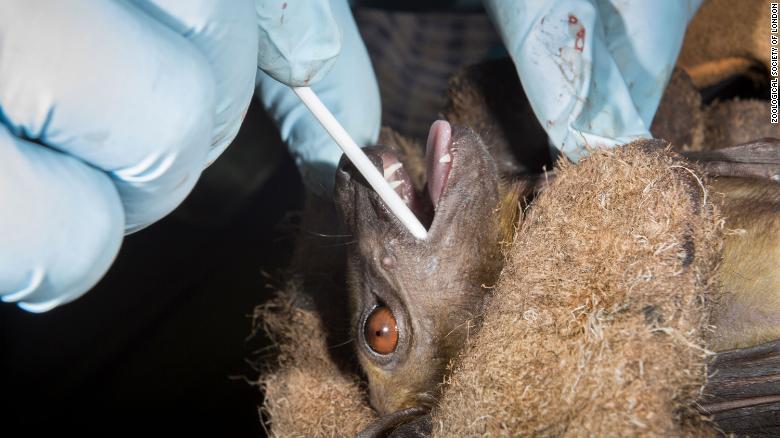 The theory “cannot – and should not – be dismissed.”

A molecular biologist proclaimed Thursday that the Chinese coronavirus could have originated at the Wuhan Institute of Virology, and been leaked, leading to it’s horrific spread around the globe.

Richard H. Ebright, a professor of chemical biology at Rutgers University, told The Daily Caller that he believes it is a distinct possibility that an accident in the laboratory in China could have caused the outbreak.

Professor Ebright said that “A denial is not a refutation,” referring to China’s top virologist Shi Zhengli, who works at the lab in Wuhan, and has repeatedly denied that it was the source of the pandemic.

Zhengli, known as ‘bat-woman’, because she works with bat-borne viruses,  has said that the coronavirus spread is “nature punishing the human race for keeping uncivilized living habits.”

“The novel 2019 coronavirus is nature punishing the human race for keeping uncivilized living habits. I, Shi Zhengli, swear on my life that it has nothing to do with our laboratory,” she wrote in early February, adding “I advise those who believe and spread rumors from harmful media sources … to shut their stinking mouths.”

While the professor has been cited by the likes of The Washington Post and MSNBC to dismiss theories about the virus being a bioweapon, the media has not covered his belief that the possibility of a lab accident being the source of the outbreak “cannot–and should not–be dismissed.”

That was scenario discussed in your Fox interview

To clarify, Professor Ebright categorically does not believe that the virus is an engineered bioweapon, due to the scientific evidence showing otherwise. However, the notion that the strain of coronavirus that has spread around the world, and since mutated, came from the Wuhan lab is a real possibility in Ebright’s opinion.

This notion is also supported by the fact that according to a study contributed to by the ‘bat-woman’ herself, Shi Zhengli, the novel coronavirus is 96.2% identical to a viral strain that was detected in horseshoe bats from the Yunnan Province, which is over 600 miles away from Wuhan.

Separate Chinese research confirmed this and cited testimonies from close to 60 people who lived or stayed in Wuhan for lengthy periods, saying that the bat “was never a food source in the city, and no bat was traded in the market.”

The research paper, which was uploaded to Research Gate on Feb. 6, concluded that “The killer coronavirus probably originated from a laboratory in Wuhan.”

The paper was removed from Research Gate on Feb. 14 or 15, according to internet archives, and it’s author cannot be reached.

A deadly virus leak from a Chinese lab is not unprecedented. The SARS virus escaped twice from the Chinese Institute of Virology in Beijing in 2004, one year after its spread was brought under control.

Many believe that China’s continued subterfuge regarding the coronavirus outbreak, and it’s bizarre accusations that it was spread by the US military, is an effort to divert attention from the possibility that this virus leaked from the Wuhan lab.

Senator Tom Cotton, who has been continually vocal on the matter, told The Daily Caller this week that “The reason I have raised these questions from the very beginning is because of China’s statements and their actions.”

“After concealing the virus for many weeks in December and then minimizing its severity for most of January, they then peddle an origin story about the food market in Wuhan.” Cotton said, adding “Given their dishonesty and the proximity of these labs, which we know were working with coronaviruses, it is only reasonable and responsible for us to ask the question and demand the answers.”