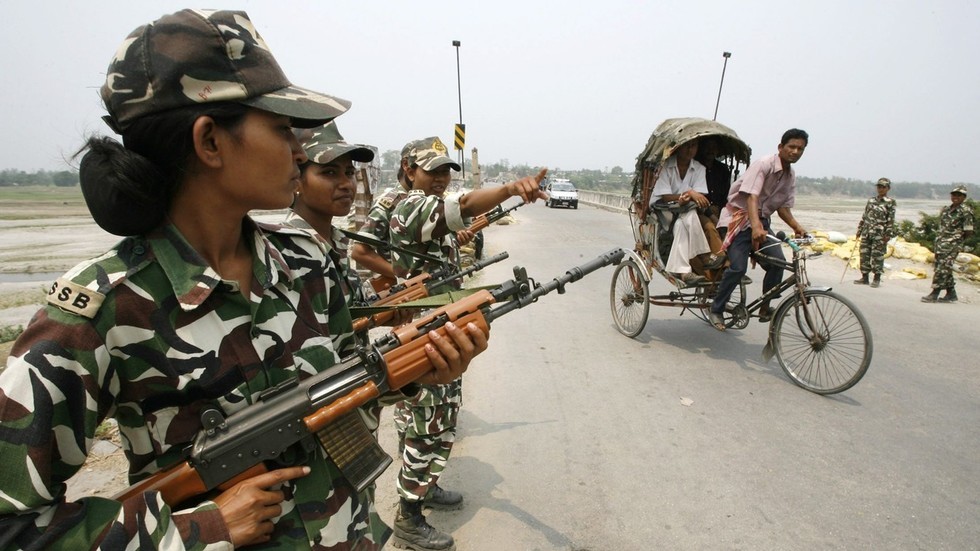 The Twittersphere is gone into meltdown after an Indian army chief said that women are not suitable for combat roles since they have children to raise. Plus, male soldiers may be peering at them when they change clothes, he added.

A woman in the Indian army may not be perceived as a full-pledged commander, General Bipin Rawat told News18 TV channel in an interview released on Saturday. Many jawans – male soldiers – come from villages and for them a female commander is something from beyond their imagination.

Changing clothes in front of men seems to be quite a challenge for women who have to be “cocooned separately,” Rawat added. “She will say somebody is peeping, so we will have to give a sheet around her.”

Another problem for women in Rawat’s view is caring for her baby. “Do I put a restriction on her to say that in that command tenure you will not be given maternity leave? If I say that, there will be ruckus created,” he said.

Also a woman may be killed in combat and leave her offspring behind, the Indian army chief noted. He drew an example of a female officer who was killed and left her 2-year-old child motherless. “[Her] parents are taking care of the baby. Now do you think we are ready for this?” he asked.

Sadly offensive to the lady officers, who serve with pride, they know how to handle themselves. Such remarks are unbecoming of the chief.

My goodness! General Rawat is a major, major embarrassment! A woman officer will complain that jawans peep into her hut while she changes clothes and therefore women cannot be given combat roles, says the chief of Indian Army. My ears are red reading this. https://t.co/ZLL63kAzkT

Indian mind set is from the dark ages!

Women are ready for anything. It’s the General’s mindset that is the problem !

Sorry I disagree with you General. You’ve got to control your men, not deny women an opportunity to serve their country #IndianArmy

But what about men who leave their children behind, wondered some users. Aren’t they supposed to raise their daughters and sons as well?

Compare him with any general of any advanced nation. Such a brainless thought from him. Remember women are tougher than men and while they fight men can raise the kids

Aren't men responsible for raising their kids too? Or are they only good at planting seeds and making sure that the women are loaded with the rest? Thankfully you didn't say women have to cook and clean and hence they are not ready for combat roles!

Yet there were those who attempted to defend Rawat, saying that he mostly spoke about the difficulties a woman faces in the army and he wasn’t as sexist as described by the media and some users.

Pls read the interview before your own interpretations. Appalling. Although I didn't expect anything better and am not surprised. Think you guys recruit all the zeroes from precis writing shortlist.

He is not denying but saying we as a nation not prepared for it. Rural India from where majority foot soldiers comes are far behind in adapting the western liberal values and gender neutral society. This will create the complexities in the combat zones and jeopardize the security