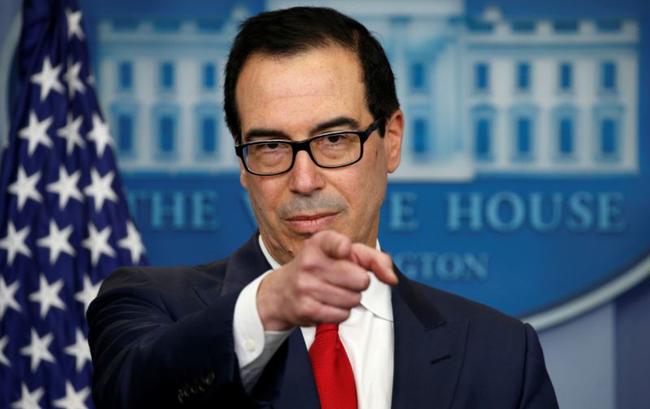 As for whether a “skinny” trade deal with China had been reached? “The stock market is always right.”

Update: After President Trump publicly vacillated over his decision to turn over Northeastern Syria to Turkey, which has already started slaughtering Kurds despite Trump’s insistence that Turkey not do that (even though they weren’t there fighting beside the US on the beaches of Normandy),

During an impromptu press conference Friday afternoon, Treasury Secretary Steve Mnuchin revealed that Trump had granted him and Secretary of State Mike Pompeo new authority to impose crippling sanctions on the Turkish economy. Though the sanctions were “authorized” by Trump, Washington will hold off on imposing them for now – so long as Turkey doesn’t return to wholesale slaughter of Kurdish forces.

Though he said before the briefing started that he wouldn’t be talking about China (presumably because he and Robert Lighthizer were about to meet with Trump to fill him in on what transpired during the second day of negotiations on Friday), CNBC’s Eamon Javers asked about reports that a “skinny” deal had been reached. At this, Mnuchin broke into a wry smile and comically assured Javers that “the stock market is always right” (markets extended their gains from earlier in the day on the news).

However, not wanting to front-run President Trump, Mnuchin clarified that the briefing won’t pertain to the talks with Chinese Vice Premier Liu He over a US-China trade deal. Instead, Mnuchin will focus on “an unrelated issue.” Though he will inevitably be asked about reports that a “skinny deal” was reached.

So, what could it be about? It’s possible that Mnuchin plans to address the effort to force the turnover of Trump’s tax returns.

As Michael Every, senior strategist at Rabobank, explained in a Thursday research note, the rumors about a US-China currency accord probably aren’t accurate.

However, as one reporter pointed out…

For reference, the last two Mnuchin briefings have been on Iran sanctions and Venezuela sanctions.

Do you sense a theme? https://t.co/WGdHGK9HrF

…Which is interesting, because earlier on Friday, the US sanctioned some businesses and businessmen in South Sudan over corrupt dealings with the government.

Watch Mnuchin live below, beginning at 1:45: