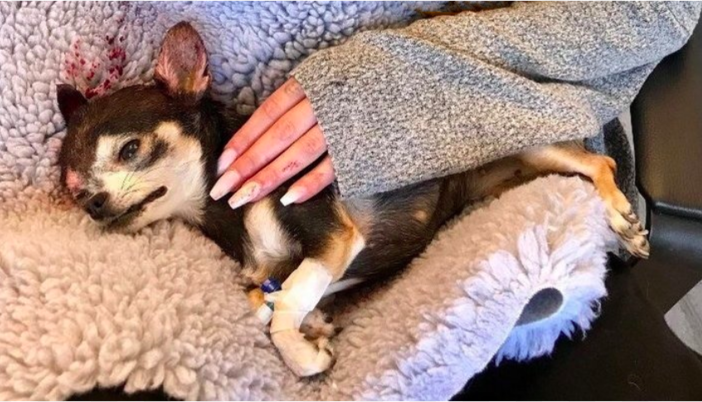 The police in Oslo are looking for an African migrant who killed a Chihuahua in connection with a robbery, Nettavisen reports.
In the Facebook group Dyrehjelperne (The Animal Helpers), the owner of the dog describes how a “Somali man in his 35-40s” violently attacked the little Chihuahua in the park at St. Hanshaugen in Oslo.
She tells Nettavisen that her boyfriend was out walking the dog, named Leah, on Tuesday afternoon when he was robbed by the man.
“Leah yapped and he kicked her in the head so hard that she flew into the air. Then he went after her and kicked her again”, says the heart broken dog owner Rubi.
The dog later died of its injuries – a broken neck and a skull fracture, in an animal clinic. A taxi driver had then refused to let the dying animal into his car.
“Leah has never hurt anyone. She was so kind”, says Rubi to Nettavisen.
The Oslo police reportedly look seriously at the incident and seek witnesses. The robber is described as an approximately 180 cm tall, dark-skinned man with short hair and a beard.
The cruel attack has sparked outrage in Norway, and so far Rubi’s Facebook post has almost 20,000 reactions, shares and comments.