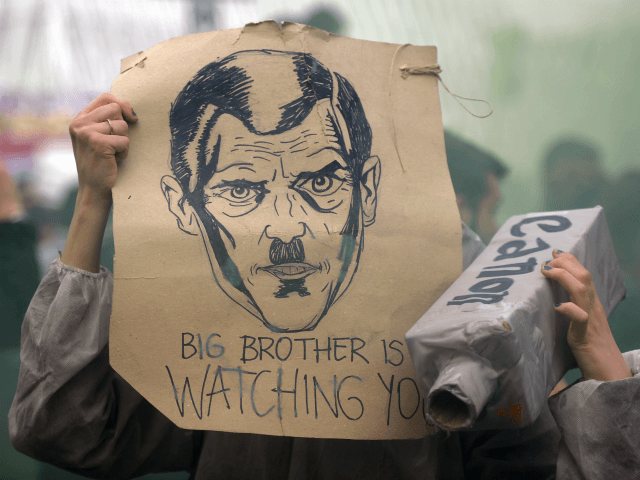 “Once a government is committed to the principle of silencing the voice of opposition, it has only one way to go, and that is down the path of increasingly repressive measures, until it becomes a source of terror to all its citizens and creates a country where everyone lives in fear.” — President Harry S. Truman

MAYORKAS: We have just established a mis-and-disinformation governance board in the Department of Homeland Security to more effectively combat this threat, not only to election security, but to our homeland security.

We have so many different efforts underway to equip local communities, to identify individuals who very well could be descending into violence by reason of ideologies, of hate, false narratives, or other disinformation and misinformation propagated on social media and other platforms.

Tucker Carlson: Oh, did you know that? So, one of our biggest law enforcement agencies has men with guns around the country doing so many things to stop disinformation and false narratives. Those aren’t even lies. They’re just deviations from the approved script. Mayorkas told us again that men with guns planned to “identify individuals who could be descending into violence.” Could be descending. Not people who’ve committed violence or even been accused of any crime at all. DHS is instead using law enforcement powers to identify and punish people who think the wrong things. That would be opponents of the Biden administration. Is this dystopian fiction? No. It’s happening right in front of us.

That means that Joe Biden’s partisan political enemies are now officially enemies of the state. How is this happening in America? Good question, but it is happening and Biden’s new thought-cop-in-chief has been revealed. She’s a 33-year-old, highly self-confident young woman called Nina Jankowicz.

The good news is everyone involved in Joe Biden’s new Ministry of Information is a buffoon. They may be evil, but they’re also ridiculous. Nina Jankowicz is the most ridiculous of all. So you read about her appointment in The Washington Post this morning and immediately thought of the NKVD because why wouldn’t you? Yet even the NKVD, even at the height of Stalin’s purges, never did karaoke. They were too dignified for that, but Nina Jankowicz happily does. Here she is.

Tucker- This is the point of the show, we’re going to say, we’re kidding. We’re making all this up. It’s not really happening in the country you were born in, but it is happening.