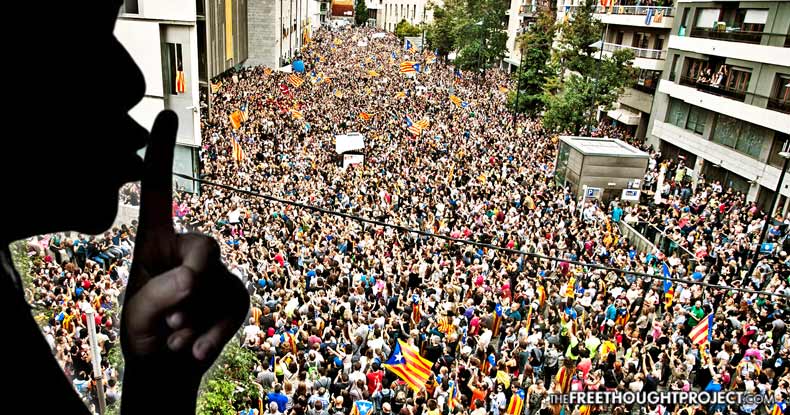 The media focused on anything but the unprecedented protest in Spain, in which around 1 million people called for the release of 8 political prisoners.

Close to 1 million people took to the streets in Spain to call for the release of Catalan political prisoners—but this historic gathering has fallen in line with a series of unprecedented protests in Spain, which have been virtually ignored by the mainstream media.

“Look at all the people here! The independence movement is still going strong,” Pep Morales, a 63-year-old protester told reporters as he marched with Catalonia’s main grassroots independence groups and called for the release of their movement’s leaders from prison.

As a report from The Guardian noted in October, the Spanish government “took control of Catalonia, dissolved its parliament and announced new elections after secessionist Catalan MPs voted to establish an independent republic.” Then in November, a judge ordered eight members of the deposed Catalan government to be arrested pending charges for their involvement in the declaration of independence.

The blatant and ongoing corruption within Spain’s government has been both ignored and even justified by the mainstream media. As WikiLeaks Founder Julian Assange noted, while the crowd of protesters reached nearly 1 million people, it was portrayed by the local media as an insignificant, regular protest.

“Watch this video of last night’s protest of around a million people calling for Spain to release Catalan political prisoners,” Assange wrote. “Then follow this link to see how this vast crowd was depicted on the front pages of Spain’s biggest ‘newspapers.’” 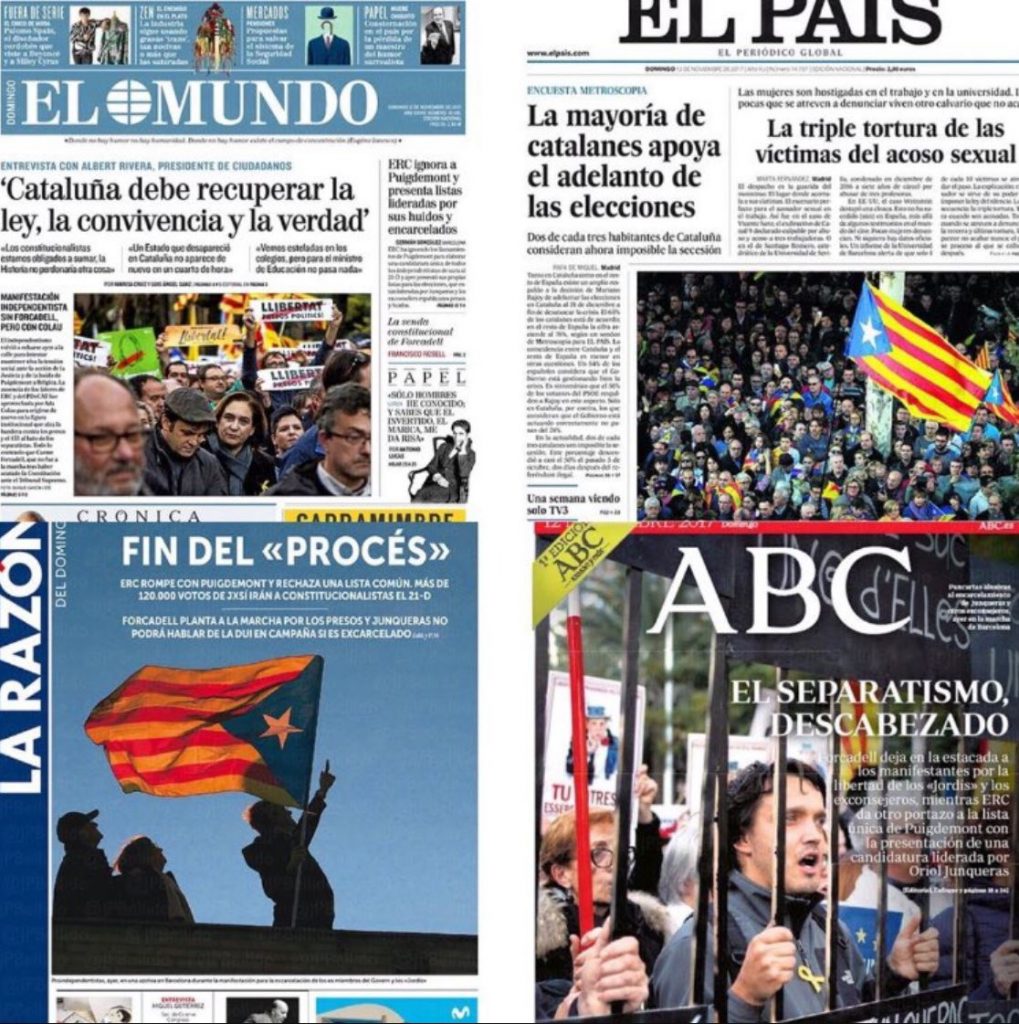 Watch this video of last nights protest of around a million people calling for Spain to release Catalan political prisoners.

Then follow this link to see how this vast crowd was depicted on the front pages of Spain's biggest "newspapers" https://t.co/qT1s6l2Q0A pic.twitter.com/GWyktzvXvB

In addition to using photos that failed to show the sheer magnitude of the crowd, the Spanish newspapers referenced by Assange also used titles such as “Catalonia Must Recover the Law, Coexistence and Truth,” “End of the Process,” “The Decapitated Separatism,” and “Most Catalans Support the Advancement of Elections.”

When one Twitter user questioned how there could possibly have been 1 million protesters, another user responded with a map showing where the protests occurred and wrote, “Yes… More than a million.” 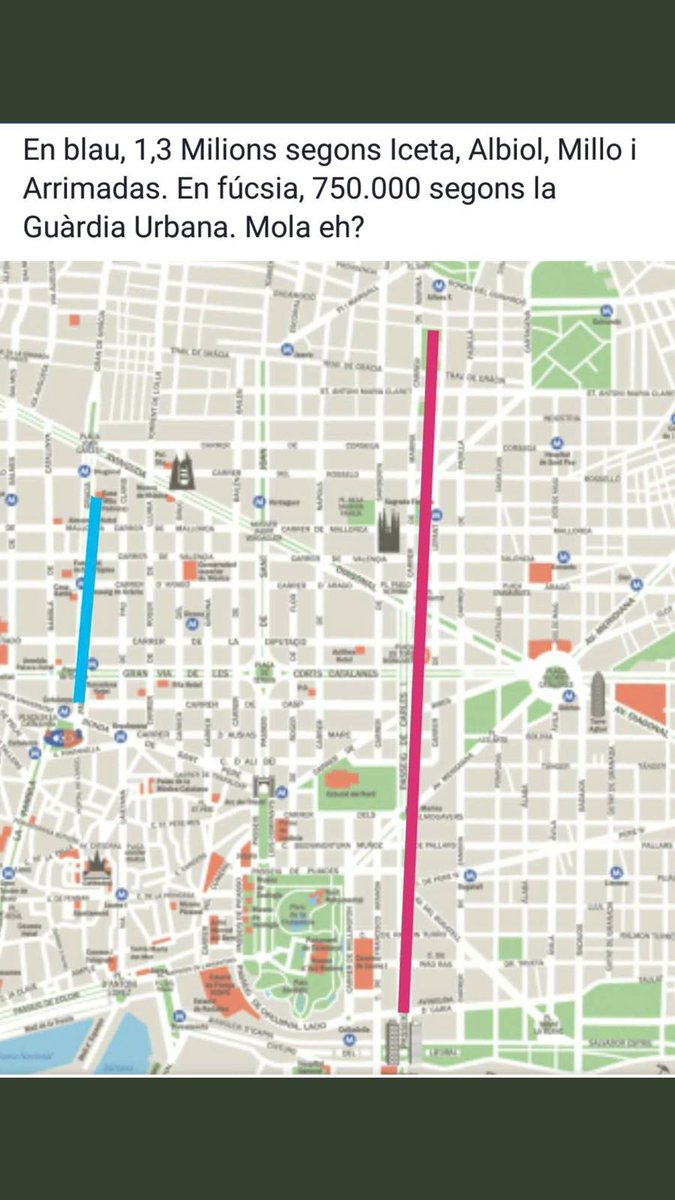 While the protest did not make headlines as it should have, multiple outlets were quick to report on the latest comments from deposed Catalonian President Carles Puigdemont, who reportedly is now saying “a solution other than independence is possible.”

Watch this video of last nights protest of around a million people calling for Spain to release Catalan political prisoners.

Then follow this link to see how this vast crowd was depicted on the front pages of Spain's biggest "newspapers" https://t.co/qT1s6l2Q0A pic.twitter.com/GWyktzvXvB

While mainstream media outlets in the United States focused on anything but the massive protest, it is should be noted that if such a protest had occurred in Syria, with citizens protesting the actions of President Bashar al-Assad, both CNN and Fox News would have provided relentless 24/7 coverage.

As was shown with the latest protest, the more the citizens of Catalonia stand up against their government, the more the government will attempt to oppress them, and the mainstream media will work to cover it up.

The fact that the media continues to do the bidding of the government, even when it is supposed to act as a “Fourth Estate” holding the government accountable for its actions, is nothing new. But with the prevalence of social media, regular citizens have the ability to make their voices heard and to raise awareness about the blatant hypocrisy shown by governments such as the one in Spain.

Incredible scenes in Barcelona now as 100,000s of people are in the streets to demand the release of the Catalan political prisoners. pic.twitter.com/rC6VnClZkB

Rachel Blevins is a Texas-based journalist who aspires to break the left/right paradigm in media and politics by pursuing truth and questioning existing narratives. Follow Rachel on Facebook, Twitter and YouTube. This article first appeared at The Free Thought Project.