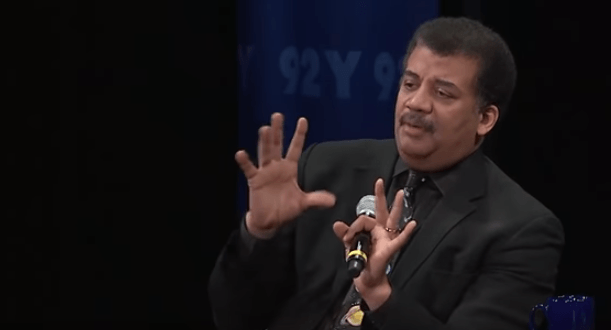 Can the media straight out refuse to report sexual harassment allegations against a public figure they really like?

If these sexual harassment allegations against Neil deGrasse Tyson are real, then they may be the acid test of that theory. Neil deGrasse Tyson is a pompous windbag filled with empty cliches and lefty pieties. He’s the media’s favorite “scientist” because he is to science about what Carl Sagan was to science. Tyson turns science into scientism, a system of self-assured and anti-intellectual beliefs. Are these allegations real? They appear to involve actual people. It’s odd that they aren’t being discussed.

Dr. Katelyn N. Allers, Associate Professor of Physics and Astronomy at Bucknell University, told me that she was “felt up” by Tyson at an after-party following a meeting of the American Astronomical Society (AAS) in 2009. AAS didn’t have a mechanism for reporting sexual harassment at the time, but Dr. Allers says she probably would report the incident if it had happened today.

Dr. Allers appears to have a photo of events surrounding the incident, certainly making it clear that she had met Tyson.

As if this allegation wasn’t shocking enough, it came within days of my interview with Ashley Watson, a former assistant to Tyson who says she was forced to quit her job due to his inappropriate sexual advances.

Watson worked directly with Tyson for several months. She says that, during that time, he put her in an uncomfortable situation by attempting to persuade her into sex, and demonstrated his “predatory tendencies.”

I don’t know if Watson’s story is true, but it feels like the sort of creepy and awkward thing that Tyson would do.

She was getting up to leave when Neil allegedly stopped her, saying he wanted to show her a “Native American handshake” he knew. That involved holding hands tightly, making eye contact, and feeling for each other’s pulse, Watson told me.

When she broke off the awkward and incredibly intimate handshake, which he allegedly said represented a “spirit connection,” she attempted to just get up and leave.

Tyson then allegedly put his hands on her shoulders, and said he wanted to hug her, but if he did, he’d “just want more.”

This sounds like the most Tyson thing ever. It’s got fake American Indian spirituality and awkward creepiness all in one.

So why isn’t this even being mentioned in the media? Some lefty figures may be immune to #MeToo.