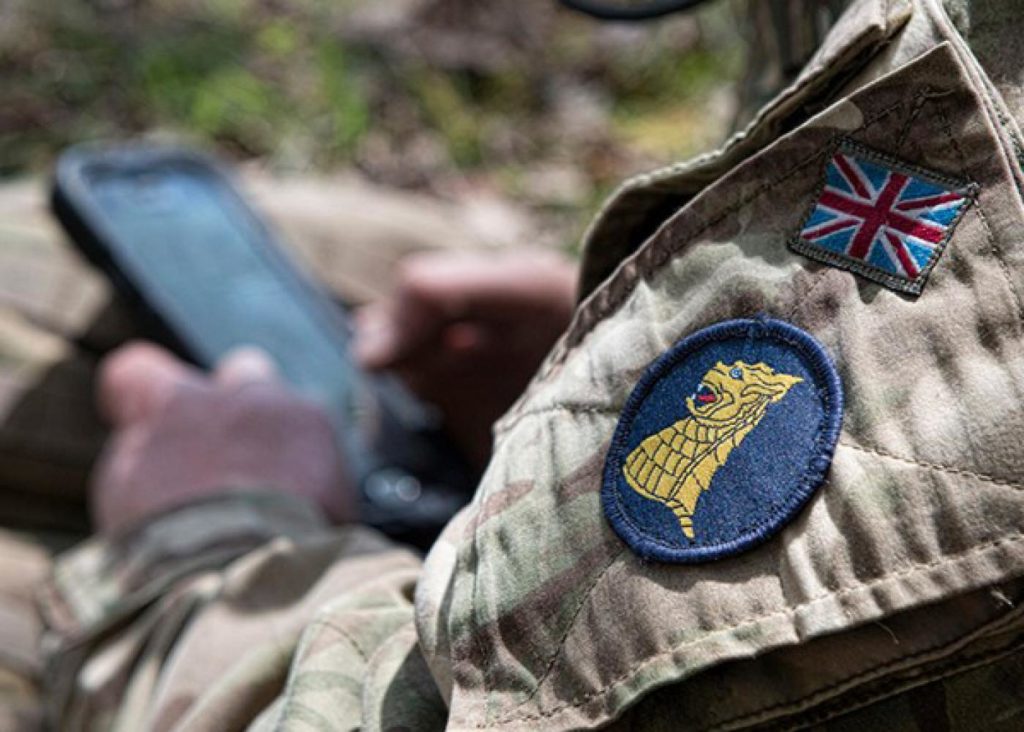 Government penetration and control over media of little interest to those who are subject to it ALAN MACLEOD
A recent investigation from independent news outlet Middle East Eye (9/30/19) uncovered that a senior Twitter executive is, in fact, an officer in the British Army’s 77th Brigade, a unit dedicated to psychological operations (psyops), propaganda and online warfare. Gordon MacMillan, who joined the social media company in 2013, is its head of editorial for the Middle East and North Africa. While both Twitter and the British Army attempted to distance themselves from the implications of the report, it is unclear why MacMillan would have this role if not to manipulate and propagandize the public. (The British Ministry of Defense describes psyops as a way of getting “the enemy, or other target audience, to think and act in a way which will be to our advantage”—BBC, 6/20/08.)

For media so committed to covering news of foreign interference with US public opinion online (see FAIR.org, 8/24/16, 12/13/17, 7/27/18), the response was distinctly muted. The story did not appear at all in the New York Times, Washington Post, CNN, CNBC, MSNBC, Fox News or virtually any other mainstream national outlet. In fact, the only corporate US outlet of any note covering the news that a person deciding what you see in your Twitter feed is a foreign psyops officer was Newsweek, which published a detailed analysis from Tareq Haddad (10/1/19). When asked by FAIR why he believed this was, Haddad agreed it was major news, but downplayed the idea of media malevolence, suggesting that because it was a small British outlet breaking news involving a British officer, US media may have overlooked it. 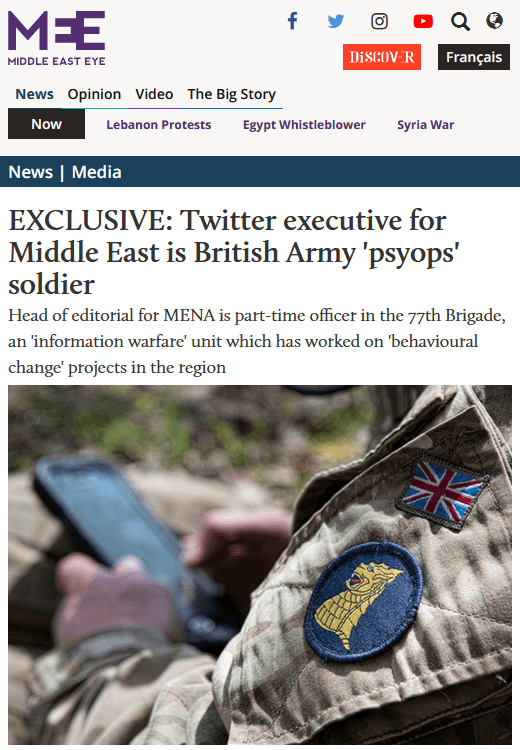 Yet the bombshell was also largely downplayed in the UK press as well, with only the Independent, (9/30/19), the London Times (10/2/19) and the Financial Times (9/30/19) producing reports on the news, bland and even-toned as they were. There was no other reporting of it in the national press, including in the BBC or the Guardian, the latter having already “gotten rid of everyone who seemed to cover the security services and military in an adversarial way,” according to one current employee.

Furthermore, the news was the focus of alarmed reports in alternative media (Moon of Alabama, 9/30/19; Consortium News, 10/2/19), as well as from foreign government-owned outlets that have been labeled propaganda mills, and have been demoted or deleted from social media platforms like Twitter, YouTube and Facebook. Turkey’s TRT World (10/1/19), Venezuela’s TeleSur English (10/1/19), Iran’s Press TV (9/30/19), and Russia’s Sputnik (9/30/19) and RT (9/30/19) all immediately covered the scandal, suggesting the lack of Western coverage was a political rather than a journalistic choice.