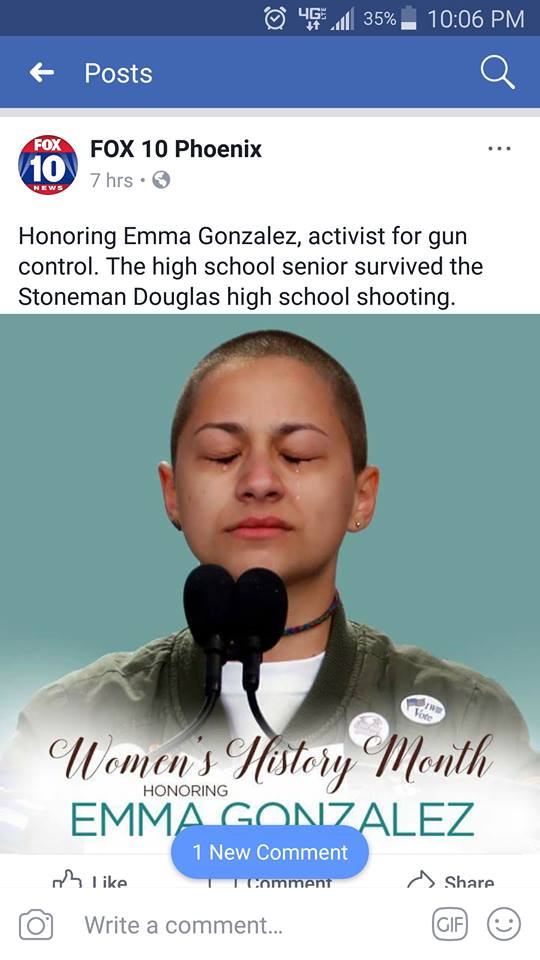 Several media outlets are honoring Emma Gonzalez, the Parkland school shooting survivor who is now an advocate for gun control.

Several TV stations are posting a graphic on their Facebook pages featuring Gonzalez with the words “Women’s History Month: Honoring Emma Gonzalez.” We have personally reviewed two instances of the graphic being used, but have received reports of other stations using it.

It appears to be a prepared graphic from an unknown source, which TV stations are using as their own. In the cases we have reviewed, the TV stations didn’t make a common practice of honoring female leaders for Women’s History Month.

We have directly documented two Fox TV stations have posted it on their social media, located in Arizona and Chicago.

After Fox 10 in Arizona posted the image on their Facebook page, the backlash was so great that the station later deleted it without explanation. However, someone was able to screenshot it.