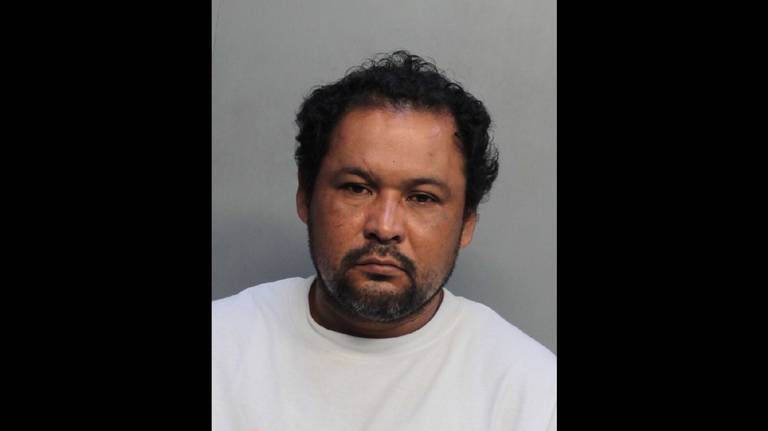 MIAMI, FL (The Miami Herald) – A Honduran national in the United States illegally has been charged with killing two women in Miami over the past three months and dumping their bodies on the street, police announced Monday.

Juan Carlos Hernandez-Caseres, 37, was arrested Saturday morning for the murders of Ann Farrin, 41, and Neidy Roche, 39. Both women, police said, were prostitutes.

Farrin’s body was found by paramedics Wednesday morning in the 3000 block of Northwest 25th Avenue, between Northwest 38th Street and Northwest 37th Street. Hernandez-Caseres told police he had picked Farrin up in his car for the purpose of paying her for sex, but sometime during intercourse, he became “enraged” and punched her in the throat and neck.

Surveillance footage taken at the time shows a black vehicle coming to a stop between Northwest 38th Street and Northwest 37th Street. The driver gets out, removes a body from the passenger side and leaves it on the sidewalk.

Roche’s body was found three months ago, on March 2, near the corner of Northwest 30th Avenue and Northwest 26th Street. She suffered head trauma and was lying on the side of the road.

Following Farrin’s death, police noticed similarities in the cases. They used DNA evidence and other leads to determine Hernandez-Caseres was the killer.

An arrest warrant issued to Miami-Dade police into the death of Roche showed an intricate investigation that lasted more than three months that included cellphone pinging technology and video surveillance. According to the warrant police found Roche’s partially nude body and performed CPR, but to no avail.

Video surveillance taken from a neighbor across the street showed a man police believe to be Hernandez-Caseres getting in and out of a dark, older model, four-door car near the scene where Roche was found. Police said she was a homeless prostitute. In May, the Miami-Dade Medical Examiner determined that Roche had been strangled and battered.

The Herald on Saturday reported on the suspect’s arrest for Farrin’s killing, but police did not release information about the case’s relation to Roche’s death until Monday evening.

Detectives with the Miami-Dade Police Department obtained an arrest warrant for Hernandez-Caseres and he was apprehended at his home in Miami. He confessed to both murders, police said.

Nestor Yglesias, a spokesperson for U.S. Immigration and Customs Enforcement, said Hernandez-Caseres was an “illegally present Honduran national” and that ICE had lodged an immigration detainer on the suspect.

He remains in jail without bond and faces two counts of first-degree murder.

“ICE is focused on identifying, arresting and removing public safety threats, such as convicted criminal aliens and gang members, as well as individuals who have violated our nation’s immigration laws,” Yglesias wrote in a prepared statement.

In a statement to the Miami Herald, the family of Farrin thanked the law enforcement agencies that helped arrest Hernandez-Caseres. Her body will be transported to Michigan, where she had lived.

“She is a daughter, a niece, and a mother whom was loved. We are saddened to learn of what happened and disgusted to know this man had no regard for her life and dumped her on the side of the road the way he did. Regardless of the lifestyle she chose she didn’t deserve that and hope he is put away so he cannot harm anyone else,” the statement said.