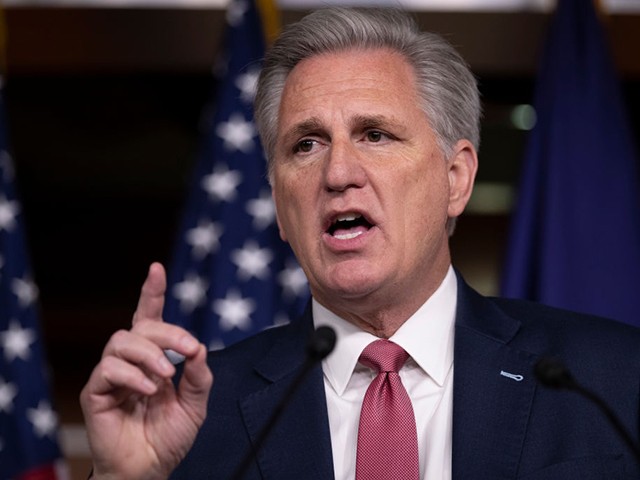 During a press conference on Thursday, House Minority Leader Kevin McCarthy (R-CA) stated that House Speaker Nancy Pelosi (D-CA) referring to coronavirus as “the Trump virus” is promoting Chinese Communist Party propaganda and wondered, “what does the Chinese Communist Party have on the Democrats? Why can’t they hold them accountable?”

McCarthy said, “China’s deception has directly led to Americans’ deaths. China covered up the truth about the virus. China hoarded personal protective equipment and tried to extort other countries for political leverage. Now, China is trying to hack our vaccines, which will harm our ability to serve the world and solve this problem. China is no friend to the United States, and that fact is clear to everyone except the Democrats. … My question to my Democratic colleagues is simple: Are you willing to step up to stop these escalating threats from China, or will you continue to defend the actions of the Chinese Communist Party. Their actions and words continue to show Democrats have a China problem.”

More @ Source: McCarthy: Pelosi Promoting Chinese Propaganda by Calling COVID ‘Trump Virus’ – ‘What Does the C.C.P. Have on the Democrats?’