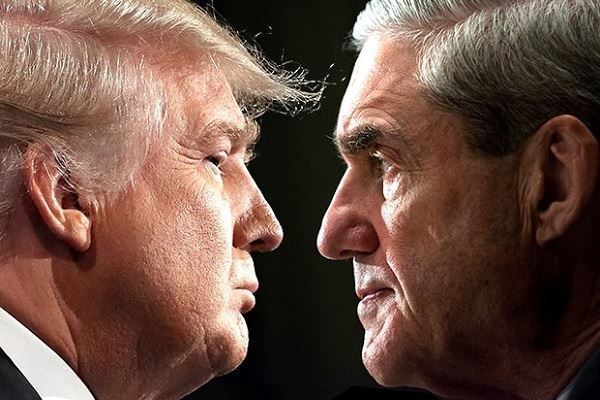 Justice Department insiders just dropped a massive bomb on Robert Mueller, revealing his Special Counsel team concluded MONTHS BEFORE the 2018 midterm elections there was no proof linking Donald Trump or his campaign to colluding with Russians during the presidential election.

“The most important portions of the investigation were concluded in August (2018),” a high-ranking Justice Department official said. “(Rod) Rosenstein was briefed and it was common gossip and well-known nothing had been pinned on Trump and it was wrapping up.”

August 2018, in fact, is three months before the Nov. 2018 elections, where and when all of the Democrats running against Republicans for House and Senate seats used Trump’s fabricated ties with Russia as campaign platforms. And they won and won big at the cost of the Republicans. And on the back of a massive lie.

Meanwhile, Mueller sat on his team’s intelligence that cleared Trump of any and all allegations involving Russia and colluding or working with Russia to facilitate the defeat of Hillary Clinton. And likewise, Rosenstein and former Attorney General Jeff Sessions also did not push for Mueller to release the results of his team’s probe.

Yet Mueller did not divulge his team’s findings until this week, five months after the 2018 midterm elections.

“This was well known by late summer,” another higher Justice Department official said. “(Andrew) Weissmann was frustrated there wasn’t anything substantive to use against Trump so he wanted to put his son under the microscope.”

Weissmann, an unethical DOJ prosecutor nicknamed “the pit bull,” has made a career out of inventing evidence to railroad defendants into criminal indictments. Ask anyone in DC. This is common knowledge. Working as Mueller’s top dog on this team did not prove any different.

Weissmann was up to his old tricks, DOJ insiders said.

Weissmann then pushed for charges against the president’s eldest son, Donald Trump Jr. But that move was ultimately vetoed, insiders revealed. Trump Jr., at best or at worst — depending on which Fed agent you talk to — used poor judgment during a sit down with Russian-linked politicos at Trump Tower in 2016 but he had done nothing criminal that FBI agents assigned to Mueller’s team could conclude.

But Weissmann, along with Clinton-linked prosecutor Jeannie Rhee who worked with Weissmann to lead the Mueller team, believed there was enough to indict Trump Jr., “even if it didn’t stick,” one official said.

The thought or strategy here, according to insiders, was the indictment of Trump Jr. would prove an effective chess move to force his father to sit down for an interview with Mueller’s team. And again, that was whether Trump Jr. was ultimately cleared at trial or not, it didn’t matter. They were prepared to drag Trump Jr. through the mud either way.

This is how these people work. They are nefarious, bad operators.

If President Trump made one single gaffe during such interview with Mueller’s ethically-challenged squad, it could have been distorted into violating some federal law, any federal law, one Justice Department said.

The leverage game is a mainstay at the Justice Department when a target of a probe declines to cooperate or thumbs their nose at Justice prosecutors as President Trump did. Mueller and Weissmann, after all, had used the same exact tactic against Gen. Mike Flynn, threatening to indict his son if Flynn did not plead out.

Flynn pleaded out to a single charge of lying to the FBI. His son was never indicted.

One Justice Department official said the behavior of Mueller’s team, particularly withholding actionable intelligence on Trump’s innocence prior to the 2018 elections, should be investigated by a new Special Counsel.

Weissman mysteriously announced his retirement from the Justice Department just days before details of Mueller’s report were made public this week.

You do the math. Appoint a new Special Prosecutor to investigate the old special prosecutor. ~ Thomas Paine reporting from Washington D.C.