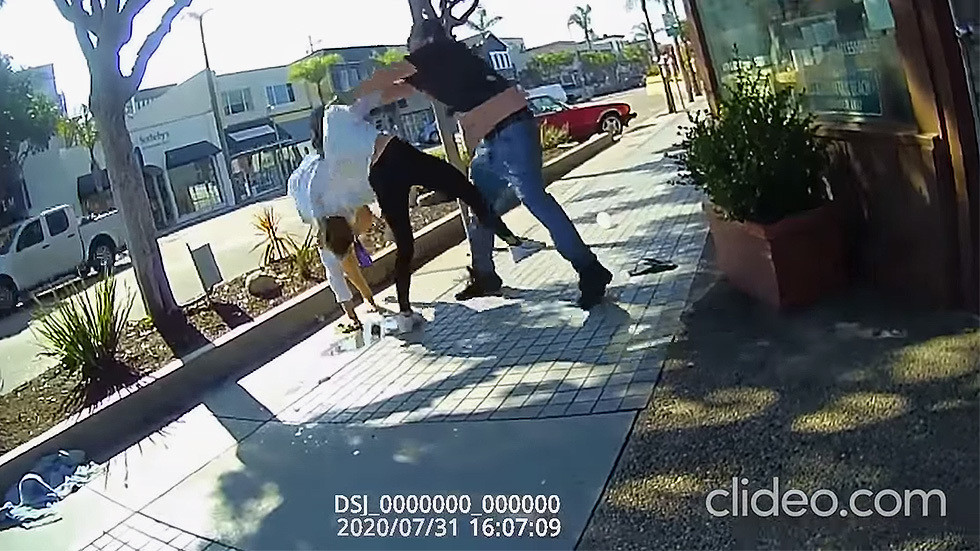 The efficacy of mandatory mask rules is debatable, but a series of viral videos provide ample evidence that the guidelines have helped make 2020 one of the most absurd and painfully idiotic years in recent memory.

The latest incident in the saga of mask-related assaults kicked off on a flight from Amsterdam to Ibiza. Two passengers on the KLM flight reportedly became physical after refusing to wear masks during the journey to Spain. Passengers and crew worked together to restrain the two men, who reportedly had been drinking.  Source: Mask madness is causing Kens & Karens everywhere to beat the cr*p out of each other (VIDEOS) — RT World News

Footage of the insane mid-flight fracas shows multiple passengers squeezed into the airplane’s aisle as they shout and exchange punches. The two men, who are not believed to be Dutch citizens, were reportedly detained by authorities once the plane landed in Spain.

A similarly embarrassing altercation took place in sunny southern California on Friday when a mask-wearing couple berated two men for not covering up their faces. After some heated exchanges, the woman who confronted the two individuals throws coffee on one of the men, provoking a not very surprising response that was caught on camera and shared online.

“That was dumb,” the man filming says as his coffee-covered friend rushes toward the woman’s male companion and lands several blows. The masked man, whose face was bleeding after getting pummeled, called the police to report an assault.

According to reports, the couple were forced to apologize after the two maskless men presented officers with the footage of the totally avoidable skirmish.

Our trilogy of viral assaults ends in a Staples department store in New Jersey. A woman who had her face mask under her chin apparently became greatly agitated after being asked by another customer, identified as 54-year-old Margot Kagan, to wear her face covering correctly.

“I said, ‘You should really put on your mask,’” Kagan recounted while describing the scuffle to local media. “She proceeded to curse at me.”

CCTV footage of the exchange shows the woman grabbing Kagan’s walking stick before shoving her to the ground. Kagan remains on the floor, shaking her cane at the woman, who proceeds to walk away.

Kagan had received a liver transplant just four months ago and suffered a broken tibia from the assault.

Mandatory face mask rules have become a hot button issue in many countries and US states. Protests against the guidelines were recently held in both London and Germany, while countries such as the Netherlands have decided there’s not enough evidence to require the public to don face coverings.