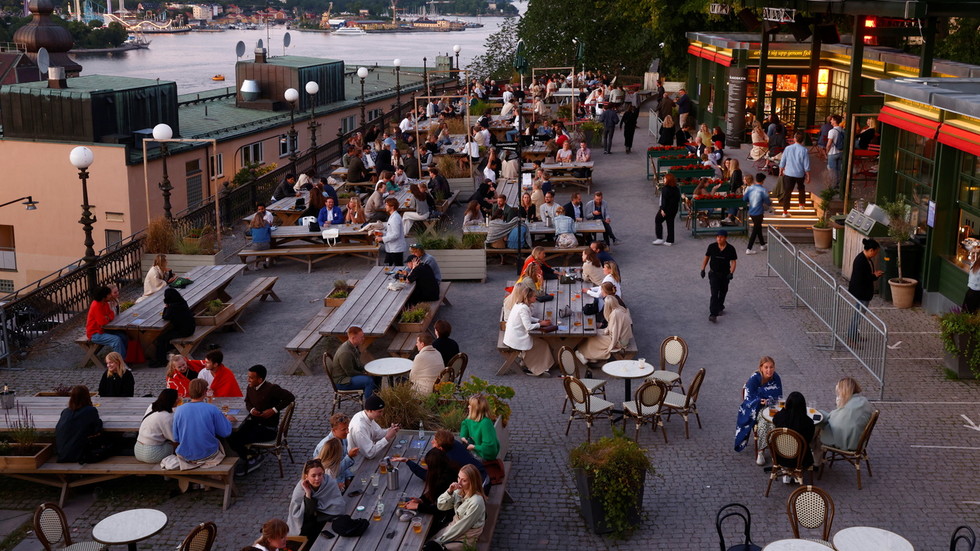 As the CDC urges Americans to mask up against the Delta variant, Sweden’s chief epidemiologist has argued that more data is needed about the strain’s infectiousness. His mask-free nation is hovering at zero Covid deaths per day. Source: /a>

Anders Tegnell said on Friday that there was “a lot we do not know” about Delta and cautioned against drawing “far-reaching conclusions” about the coronavirus strain. He noted that the variant had been circulating in Sweden “for quite some time” with little effect, particularly in high-risk settings such as nursing homes.

His comments were made in response to newly released data from the Centers for Disease Control and Prevention (CDC) suggesting the Delta strain is more transmissible and could potentially cause more severe illness. The New York Times and other media outlets ran stories reporting that the CDC now believes the Delta variant is as contagious as chickenpox – but this comparison didn’t seem to impress Tegnell.

“It is difficult to say how contagious Delta is, [as] when it comes to chickenpox, we have been able to follow the disease for several years. The infectivity [of Delta] seems to be very uneven – in some cases, one person infects a hundred people, then we have other occasions when an infected person does not infect anyone at all,” he told Sweden’s Aftonbladet.

In separate remarks, he pointed to the fact that one-third of the country’s municipalities reported zero new Covid cases over the past week. At the same time, there was an uptick in cases among young people in Stockholm and other large cities.

And while US health authorities are pressing Americans in “high transmission” areas to mask up, Sweden dropped its last remaining mask recommendation – related to public transport – on July 1. While Sweden’s public health agency has supported measures such as social distancing and remote working, it has no recommendations for the use of face coverings in public spaces.

Reviled by the media for refusing to impose harsh lockdowns, Sweden’s less draconian approach to the health crisis appears to be paying off: The Scandinavian nation has recorded a total of eight Covid-linked deaths so far this month, an average of 0.25 deaths per day. While it’s possible this number will increase due to reporting lags, deaths have undoubtedly plummeted over the past several months. On June 4, Sweden reported 13 deaths – more than the entire month of July.

Daily hospitalizations have also hovered near zero in July: On most days this month, the country saw between 0-2 Covid-cases requiring hospital treatment. At the same time, daily cases have fallen sharply since April.

Despite the promising developments, Tegnell warned against getting too comfortable. He stressed on Friday that Sweden was still in a pandemic and urged his countrymen, especially those in younger age groups, to get vaccinated.