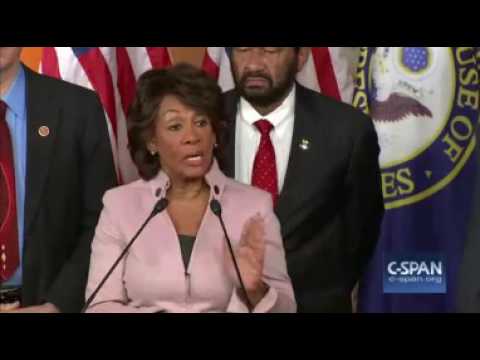 NBC News reported that two out of nine financial institutions have already complied with subpoenas issued by the House Financial Services and handed over thousands of documents to the Committee.

Wells Fargo and TD Bank are the two of nine institutions that have so far complied with subpoenas issued by the House Financial Services Committee demanding information about their dealings with the Trump Organization, according to the sources. The disclosures by these two banks haven’t been previously reported. Both TD Bank and Wells Fargo declined to comment for this story.

Wells Fargo provided the committee with a few thousand documents and TD Bank handed the committee a handful of documents, according to a source who has seen them. The committee, led by Rep. Maxine Waters, D-Calif., is especially interested in the president’s business relationship with Russia and other foreign entities.

Maxine Waters said on MNSBC’s “Hardball” on Wednesday, “we don’t have information to share with you at this time about what we’ve learned from the documents.”

Trump sued the two banks, Deutsche Bank and Capital One, in April to stop them from complying with the subpoenas from the House Intelligence and Financial Services committees. Deutsche Bank has lent Trump’s company millions of dollars over the years.

In a ruling on May 22, U.S. District Judge Edgardo Ramos, who was appointed by President Barack Obama, said that Trump and his company’s argument that the subpoenas were unlawful and unconstitutional would unlikely succeed and that the subpoenas have “a legitimate legislative purpose.”

The Democrat’s attempt to obtain Trump’s financial records is one of the three investigations launched by key House committees in April. The other probes are seeking the president’s tax returns and the unredacted Mueller report. The number of inquiries led by House Democrats has since grown to 10.  read more