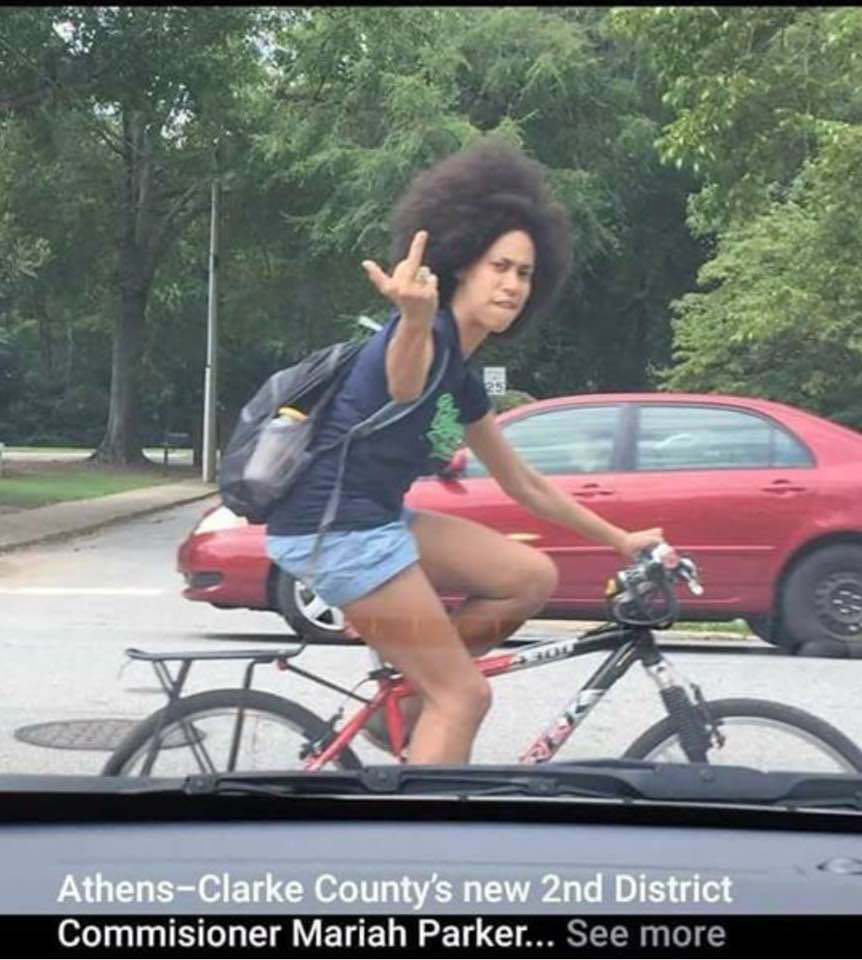 You may think this is a bad joke but unfortunately it is not. She is the new sworn Commissioner for Athens, Georgia USA…

You can’t make this stuff up!

“If you see injustice and you see a need for someone to take action, it has to be you.”

Source: Meet Mariah Parker, the Georgia Politician Who Was Sworn in on a Copy of Malcolm X’s Autobiography | Teen Vogue

“I had always told myself people like me don’t run for office.”

Twenty-six-year-old Mariah Parker went viral this week after being sworn in as an Athens-Clarke county commissioner in Georgia on Tuesday, June 5. The new commissioner is black, openly queer, a PhD candidate in linguistics, a rapper, and dedicated to transformative politics for communities of color. She’s also a viral star thanks to an unconventional choice she made during her swearing-in.

Images of the new District 2 commissioner being sworn in on the steps of Athens City Hall using a copy of The Autobiography of Malcolm X instead of the Bible were quickly disseminated via social media. They’re stunning, showing a millennial black woman with an Afro that might make Angela Davis proud taking the oath of office with her right fist raised high. Her mother stands next to her, holding the radical book and beaming as her daughter is sworn in to represent District 2, a district described by The Atlanta Journal-Constitution as “an economically struggling swath of east Athens that lacks some of the same amenities that other parts of town enjoyed.”

Congratulations to 26 year-old Mariah Parker who took her oath of office as Athens-Clarke County commissioner with her Mother holding the Autobiography of Malcolm X. A loud and respectable statement. #MalcolmX #MariahParker #GenerationYes #MoveForward #BlackExcellence pic.twitter.com/HQV7axpSpX 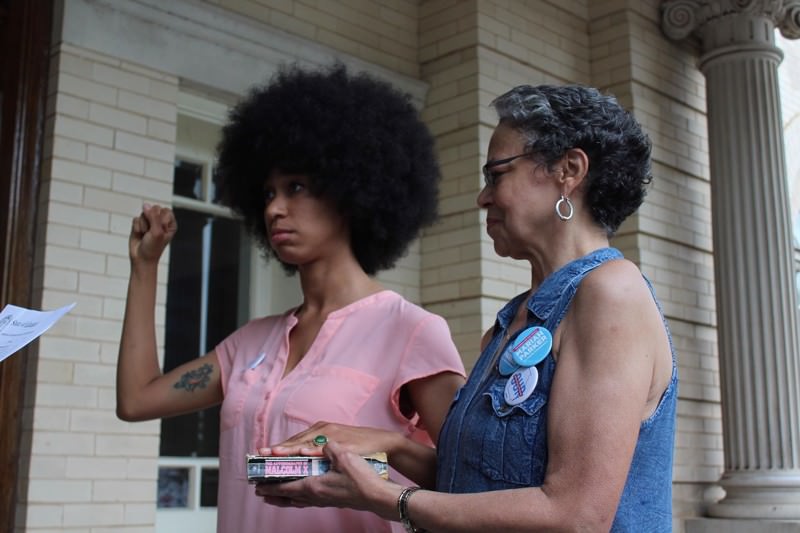 “When she took her oath of office, she was didn’t use a bible. On the steps of the Athens City Hall, Parker cocked her right fist in the air and place her left hand on a well-worn copy of “The Autobiography of Malcolm X,” held by her mother Mattie Parker.” Atlanta Journal Constitution, June 7, 2018

To get a better insight into her position on things visit this link: https://athensforeveryone.com/acc-commissioners/mariah-parker/

This is an example of one of the questions she answered:

Q: What is your most important policy priority for 2018?

A: Though my every policy position is oriented toward the alleviation of poverty, people of color have been purposefully kept poor by discriminatory practices and unjust economic policy, thus the end of poverty and discrimination are inextricably intertwined as my two most important foci as commissioner.

MUST WATCH! SATANIC RITUAL ABUSE OF CHILDREN COVERED UP … THEY’VE BEEN DOING & HIDING THIS FOR YEARS!