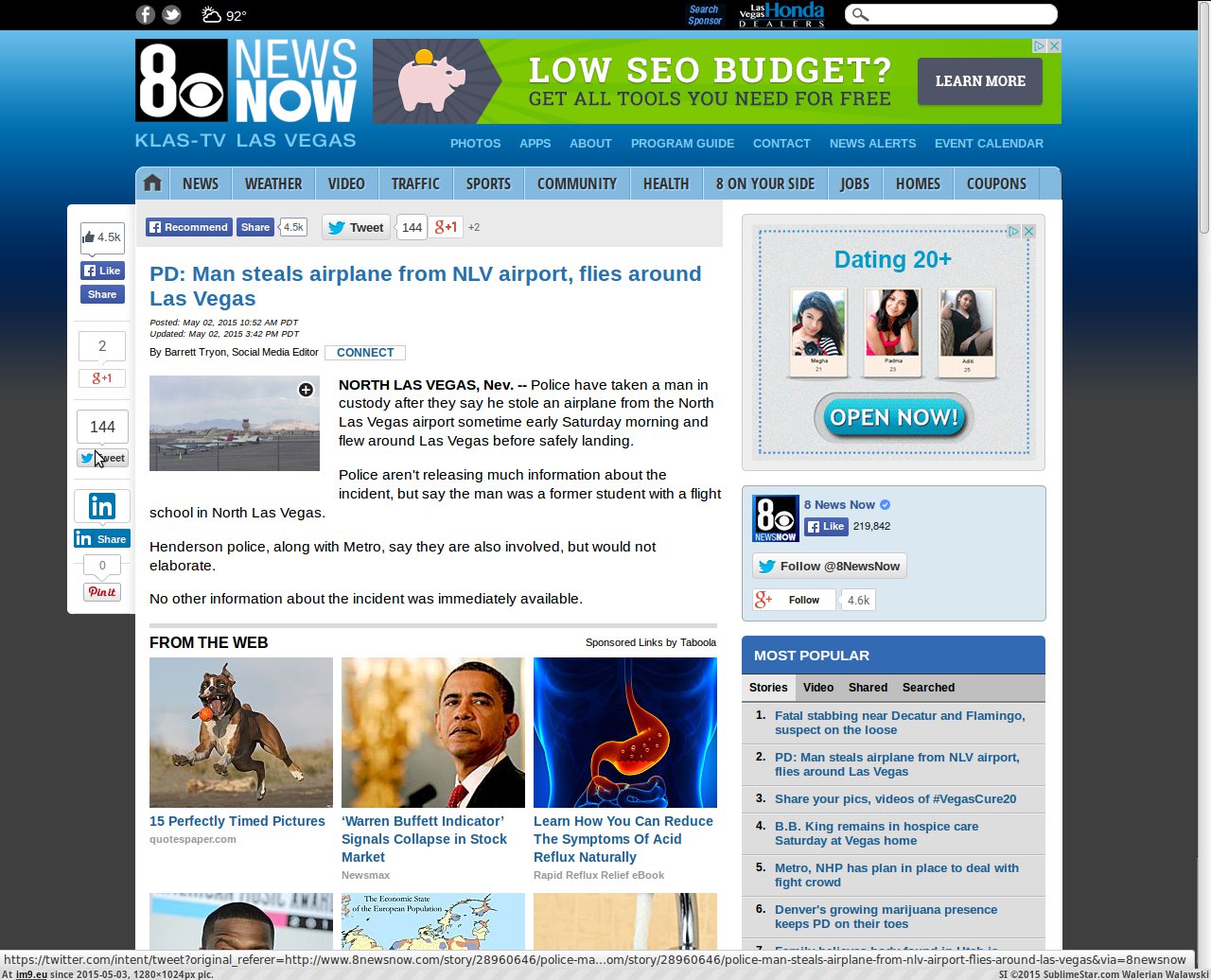 Man Steals Airplane At Las Vegas Airport and Takes It For a Joyride—Meanwhile, TSA Is Feeling People Up To Prevent Hijacking.
“Police have taken a man in custody after they say he stole an airplane from the North Las Vegas airport sometime early Saturday morning and went on a joy ride around Las Vegas before safely landing.”

Police aren’t releasing much information about the incident, but say the man was a former student with a flight school in North Las Vegas.

Henderson police, along with Metro, say they are also involved, but would not elaborate.

No other information about the incident was immediately available.