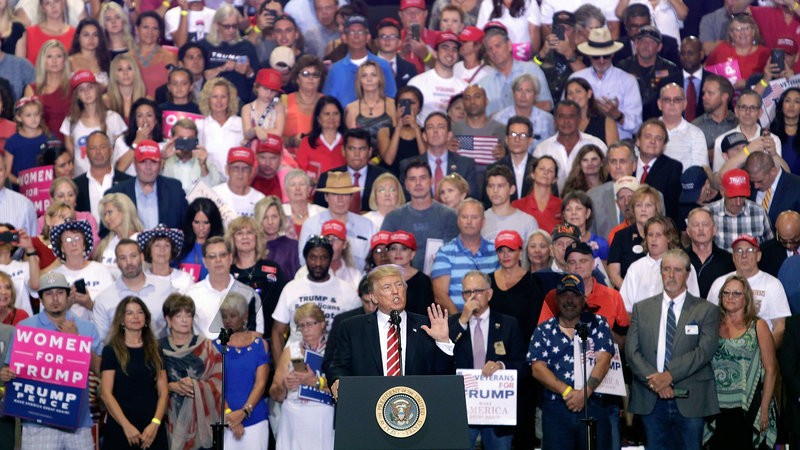 A majority of whites say discrimination against them exists in America today, according to a poll released Tuesday from NPR, the Robert Wood Johnson Foundation and the Harvard T.H. Chan School of Public Health.

“If you apply for a job, they seem to give the blacks the first crack at it,” said 68-year-old Tim Hershman of Akron, Ohio, “and, basically, you know, if you want any help from the government, if you’re white, you don’t get it. If you’re black, you get it.”

More than half of whites — 55 percent — surveyed say that, generally speaking, they believe there is discrimination against white people in America today. Hershman’s view is similar to what was heard on the campaign trail at Trump rally after Trump rally. Donald Trump catered to white grievance during the 2016 presidential campaign and has done so as president as well.

Notable, however, is that while a majority of whites in the poll say discrimination against them exists, a much smaller percentage say that they have actually experienced it. Also important to note is that 84 percent of whites believe discrimination exists against racial and ethnic minorities in America today.