Ethiopian World Federation, an organisation established in the United States in 1937 to promote love and good-will among Ethiopians at home and abroad, has made surprising stance on world celebrated performing artist, Madonna Louise Ciccone — who adopted four Malawians.

The Federation, which has since transformed into a global diaspora organisation, is asking the Malawi leader, President Lazarus Chakwera to prevent “homosexual and transgender” allegations over the adoption of the Malawian children for possible “human trafficking and social experiments”.

In opening the investigations, the Federation is also asking Chakwera to look into the integrity of Madonna’s Malawi charity, Raising Malawi — and “restrict her and her associates accessibility to Africa and to African children as a precautionary measure until a thorough investigation is done into child trafficking, sex exploitation, sexual slavery, adoption reversal, threat of coercion, fraud, deception and abuse of power or vulnerability”.

The petition makes references to a book that Madonna wrote in 1992 called ‘SEX’, which “features adult content including softcore pornography and simulations of sexual acts including sadomasochism (the derivation of sexual gratification from the infliction of physical pain or humiliation either on another person or on oneself)”. 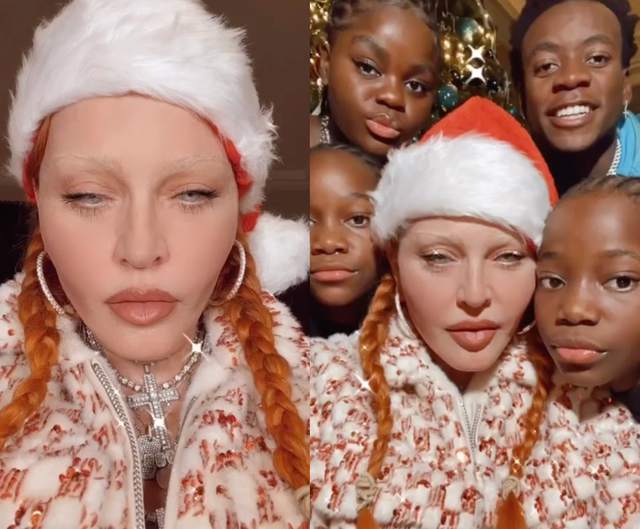 “Madonna had to sign a contract that forbade the book from including images of child pornography, bestiality, or religious imagery. Shortly after signing that agreement, Madonna founded a company called Maverick, a partnership with Time Warner.

“She now holds total artistic control over any work released by Maverick, who is now the book’s publisher. The agreement she signed with Time Warner with the sexually explicit content in the book Sex was null and void.”

The petition further says the “psychology behind her ability to release child pornography, religious imagery, bestiality and vulgar pornography has prompted her to open an orphanage in Malawi named ‘Raising Malawi’ in 2006 to host social experiments on vulnerable African children in Malawi”.

It adds that in the same 2006 when Madonna founded the charity “she falsely accused [David Banda’s] father of being absent” when she was applying to adopt him.

Madonna is being accused of using David Banda “for sexual exploitation and social experiments today”. Pictures are awash on social media of David Banda wearing female clothes, makeup and wearing earrings — whilst the two holding hands like two lovers.

The organisation further says Justice Fiona Mwale, who presided over the adoption application, is alleged to have made “a series of harsh questioning of [Madonna’s] motives” — and quotes the Judge as saying in her judgement: “In determining her motives, I questioned the petitioner at length about the impact of her decision which could be construed as robbing Malawi of its most precious resource, its children.”

“We firmly believe that Malawi has been robbed of its most precious resource — its children,” contends Ethiopian World Federation. “In 2013, the country accused Madonna of ‘bullying’ state officials and making diva demands — and of citing her Raising Malawi charity as the reason for doing so.

“After another appeal, the Supreme Court granted Madonna the right to adopt her second child from Malawi, Mercy James. In 2017, Malawi granted the singer permission to adopt again, and she became mother to twin baby girls Esther and Stella Mwale.

“After careful review and facts presented regarding the psychological, physical and mental abuse of African children on January 11, 2018, the U.S. Embassy in Addis Ababa confirmed that Ethiopian Parliament passed new legislation banning adoptions by foreigners on January 9, 2018.

“In 2019, nearly 70% of human trafficking victims in the U.S. were identified as either being sex trafficked, or victims of both forced labor and sexual exploitation.

“The High Court recently stated that 25 million people worldwide are not afforded their fundamental right to freedom; however, the International Labor Organization estimates the number of human trafficking victims to be approximately 40 million,” said the petitioners — citing the link https://sites.uab.edu/humanrights/2021/12/13/the-current-state-of-sex-trafficking-and-celebrity-perpetrators/.

The petition also accused the government of Malawi of failing “to do a complete social background check on the adoptive parent” and they have reason to believe that Madonna “is using these children as a social experiment in response to the heavy LGBTQ community push for sodomy in America”.

“We, the global diaspora, the Black People of the World at the Ethiopian World Federation, Incorporated are concerned that the integrity of Africa and the cultural traditions should be preserved, not exploited or discredited.

“In 2013, Malawi accused Madonna of exaggerating her contributions to the impoverished country and unreasonably demanding special treatment during a tour there and Madonna has used social media to discredit the culture and policies that Malawi has in place to protect our children globally.”

The organisation says, concerned about the welfare of all black people of the world, the Ethiopian World Federation has existed since 1937 “in order to effect unity, solidarity, liberty, freedom and self-determination — to secure justice and maintain the integrity of the entire African continent, which is our divine heritage and a policy we uphold, defend and protect”.

Why do you hate Ivermectin? Who told you it was bad? According to the W.H.O. Remdesivir increases your risk of Kidney Failure 20 fold.

“This FBI has to go’ | Rep. Claudia Tenney