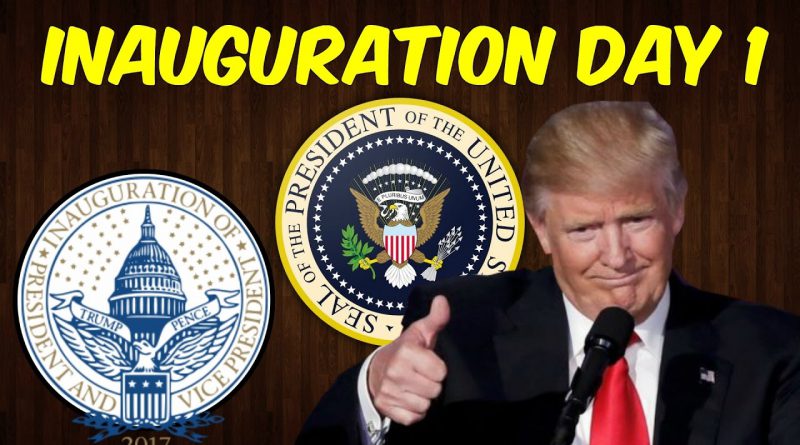 White House Live
The White House will be broadcasting the inauguration with a livestream on their official website.

NBC
NBC will stream the inauguration starting at 10 a.m. ET. Their livestream will be available on NBCNews.com, but also on their YouTube channel, Roku, FireTV, and AppleTV.

CBS
CBS will cover the inauguration activities throughout the day beginning at 7 a.m. ET. Both CBS This Morning and CBS Evening News With Scott Pelley will air live from Washington, D.C. The livestream can be watched on CBS News’ CBSN, the network’s  24/7 news livestream channel. CBSN will additionally be streaming Thursday night’s inauguration events.

FOX
Fox News will livestream the ceremony, with anchor Shepard Smith providing commentary, on their website and their app starting at 11 a.m. ET. In order to watch, however, you do need to log in with your TV provider.

Twitter
In partnership with PBS NewsHour, Twitter will livestream Inauguration Day with coverage running from 11 a.m. to 5 p.m. ET. The livestream will be available here on Twitter and is accessible to anyone, regardless of whether or not you have a Twitter account.

YouTube
Various news outlets have partnered with YouTube for inauguration livestreaming. Telemundo, Bloomberg Politics, C-SPAN, ABC, the WashingtonPost, and also the White House will all air coverage on their respective YouTube channels.

USA Today
USA Today will offer 360-degree, virtual-reality coverage of the inauguration for their “VRtually There” show using multiple VR camera angles that will be positioned along the inaugural parade route and at both the Capitol and the National Mall. Their coverage will begin at 9:30 a.m. ET and can be watched on their YouTube channel.

Politico
The entirety of President-elect Donald Trump’s inaugural ceremony will be livestreamed on Politico’s website.

Democracy Now!
Democracy Now! will provide an inauguration livestream on their site starting at 8 a.m. ET. The site will also be broadcasting live from the Women’s March on Saturday, January 21, starting at 10 a.m.

1- Performances begin at Lincoln Memorial. “Voices of the People,” the first act of a day-long public concert, will feature groups such as the DC Fire Department Emerald Society Pipes and Drums, the Republican Hindu Coalition, high school marching bands, choirs and baton twirlers.

2-Trump and Vice President-elect Mike Pence participate in a wreath-laying ceremony at Arlington National Cemetery in honor of the nation’s veterans.

3-Trump will deliver remarks during the second act of the concert at Lincoln Memorial, dubbed the “Make America Great Again! Welcome Celebration.” The event, broadcast live nationally, will be headlined by country stars Toby Keith and Lee Greenwood and feature a fireworks finale.

The festivities officially kick off on Thursday afternoon, with a wreath-laying ceremony, a concert and an intimate dinner.

Back across the Potomac, Mr. Trump will deliver brief remarks at a concert outside the Lincoln Memorial kicking off the inaugural events. The concert will be televised nationally and is free to the public in Washington. Performers include Toby Keith, 3 Doors Down and more.

7:30 p.m. | Candlelight dinner
Mr. Trump, Vice President-elect Mike Pence and their families will make an appearance at a candlelight dinner at Washington’s Union Station to thank donors at the inauguration.

Exact times are subject to change, but much of it is guided by precedent.