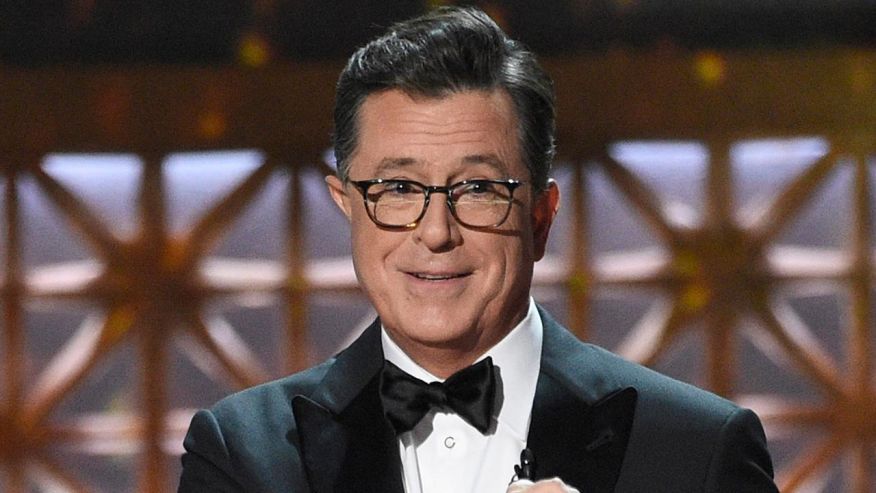 How low can the Emmys go?

It looks like the 69th annual Emmy Awards are heading into sub-basement territory in terms of ratings after host Stephen Colbert spent much of Sunday’s event attacking President Trump.

It turns out American viewers may not have been as into Trump bashing as Hollywood would like them to be, as the 8.2 overnight rating among metered market households is down 2.4 percent from the 2016 edition, which would make it the lowest rated Emmy telecast ever.

The reason it’s hasn’t been officially labeled the lowest-rated Emmys yet is because six of the 56 markets are in Florida have not reported, as Hurricane Irma is still holding up the process in areas that were severely impacted by the storm.

“The Emmys are a Hollywood bubble show,” Media Research Center vice president Dan Gainor told Fox News. “Actors and directors get to pretend they are important because they are doing such insightful takes on life in America, when they have zero idea what life in America is for the other 330 million people.”

Yet despite the cratering viewership, Gainor doesn’t think the Emmys will shy away from bashing Trump anytime soon.

“Hollywood won’t walk away from politics. The left wants to force politics into every single aspect of our lives — from sports to movies to the food we eat. They won’t be satisfied until we are all appropriately woke to their struggles du jour,” Gainor told Fox News.

The Emmys are on track for a new all-time ratings low, according to Nielsen overnight data from Sunday.

The CBS telecast is currently averaging a 2.2 rating in adults 18-49 and 9.6 million total viewers in the fast-national ratings. It should be noted, however, that these numbers are not time-zone adjusted, as the Emmys aired live at 5 p.m. on the West Coast. Therefore, the numbers will be subject to adjustment later today. Last year, the ceremony drew a 2.5 and 9.7 million viewers in the fast-nationals, but eventually adjusted up to a 2.8 and 11.3 million viewers. Last year’s ceremony on ABC was itself down from a 3.6 and 11.9 million viewers in 2015 when the Emmys aired on Fox.  The telecast also drew an 8.2 rating in metered markets, down from an 8.4 last year. In addition, multiple markets in Florida are still catching up on reporting their results due to damage caused by Hurricane Irma.