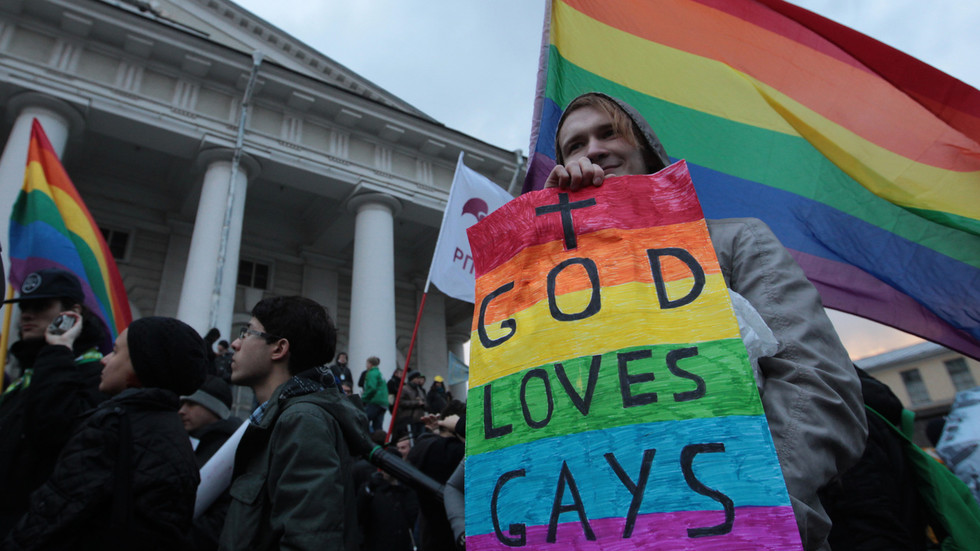 A bill is presented to Russia’s State Duma seeking to ban LGBT promotion, likening it to war propaganda and inciting of hatred

The promotion of LGBT relations could be permanently banned in Russia under a bill introduced to the State Duma on Monday, which likens such messaging to war propaganda and incitement of hatred.

Currently, LGBT ‘propaganda’ in Russia is only banned when directed at children, but some politicians have been calling for harsher restrictions and punishments for the “denial of family values” and “propaganda of non-traditional sexual relations.”

In an explanatory note attached to the bill, the authors argue that LGBT ‘propaganda’ has become widespread in Russia and is being promoted through the media, public events, streaming services and through the depiction of such relationships in films.

“In Russia, at the legislative level, it is not allowed to promote suicide, drugs, extremism, criminal behavior, as they are considered negative and socially dangerous phenomena. At the same time, formally, until now, there is no ban on propaganda of the denial of family values and non-traditional sexual relations, including with the use of film distribution,” the note reads.

The authors of the bill – who do not include members of the ruling United Russia party – claim the denial of family as a social value, promotion of so-called “childfree” lifestyles, and the approval and recognition of non-traditional sexual relations, is dangerous not only for children and young people, but for society as a whole, since it “puts the issues of demography and future economic growth at risk.”

The bill seeks to supplement current legislation by introducing administrative and criminal responsibility for spreading LGBT messaging across any demographic in the Russian Federation and to deny distribution rights to films that promote such relations.

“Family, motherhood and childhood in their traditional understanding, taken from the ancestors, are the values that ensure the continuous change of generations,” urge the authors of the bill, adding that they are a “condition for the preservation and development of the multinational people of the Russian Federation, and therefore need special protection from the state.”

The lawmakers note that the prohibition of LGBT propaganda does not deprive Russian citizens of the opportunity and right to determine their sexual preference and orientation, nor does it allow for their discrimination in any way. However, they insist that these privileges “do not give them the right to seek public approval of such relations” or “disseminate ‘new’ values that carry hidden threats to society.”

Last month, a similar bill was also introduced to the State Duma, seeking to introduce fines of over $160,000 for promoting non-traditional sexual relations. However, it failed to pass its first reading.

A bill is presented to Russia’s State Duma seeking to ban LGBT promotion, likening it to war propaganda and inciting of hatred