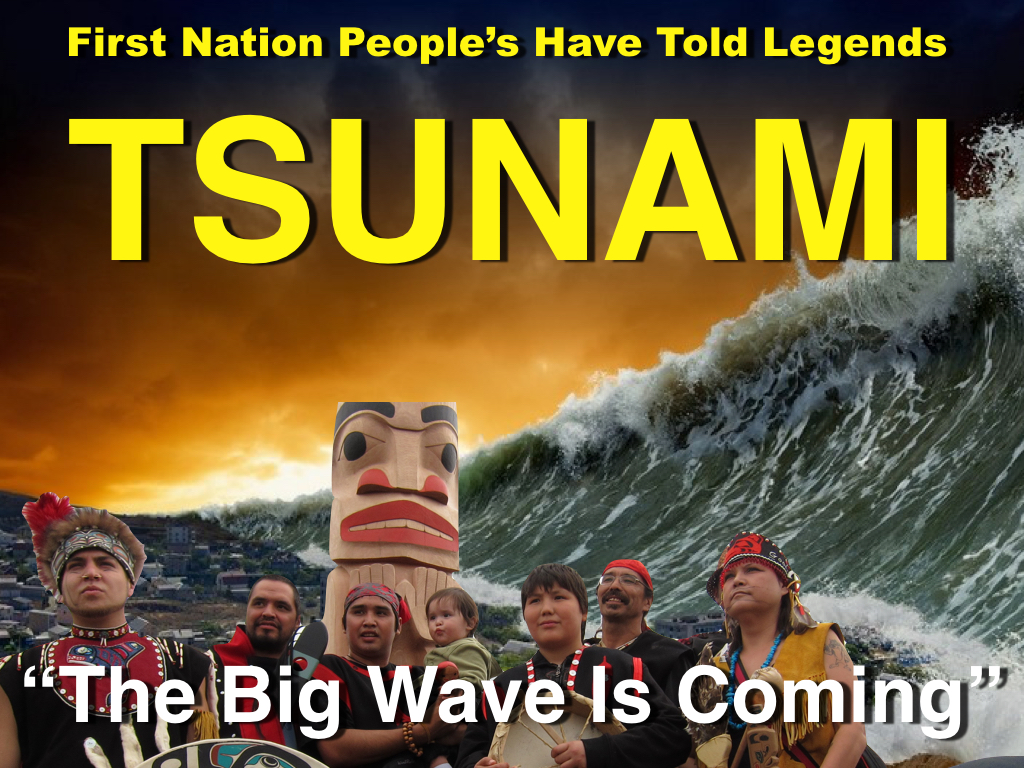 The Huu-ay-aht, First Nations people speak of an old legend that states there was an earthquake here on Vancouver Island that devastated their community, in fact most Indian tribes up and down the west coast from Mexico to Alaska all have similar legends and tales…

They are expecting another and legend tells of it’s coming.

First Nation people’s have told the legend, that anyone being on the Pacific coast was in danger, on January 26/ 1700, 9 o’clock in the evening there was a 9.0 earthquake.  Here in Canada, it was reportedly felt as far inland as Manitoba. The earthquake created an enormous tsunami, where anyone living on the shores of the whole Pacific coast, were engulfed in one huge tsunami wave that swept everyone out into the sea, thousands lost their lives.

On the other side of the Pacific, Japan was hit by the same wave, 9 hours later.  It was total destruction along it’s shores as the wave built up as high as a four story building as it built up momentum and strength crossing the ocean.

Legend has it that it’s bound to happen again, scientists agree there’s going to be another big one, when we don’t know.