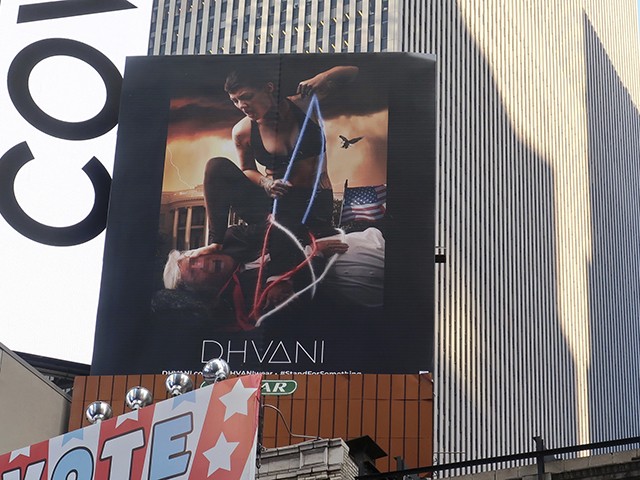 Athletic clothing company Dhvani has shut down its Instagram comment section after receiving backlash for its anti-Trump ad campaign.

“There is nothing more American than Freedom of Choice & Freedom of Speech,” the caption for the photo titled “Lady Liberty” read.

However, the photo depicting U.S. Marine Corps veteran Michal Mesa stepping on President Trump’s face and hogtying him was scrubbed of all comments as of Saturday morning, as have the five remaining images.

On Friday, Breitbart News reported that the ad campaign was meant to protest the Trump administration’s Title X “gag rule” that bars doctors from referring patients for abortions and blocks them from receiving care from Planned Parenthood.

More at Source: Dhvani Turns Off Instagram Comments amid Backlash for Anti-Trump Ad 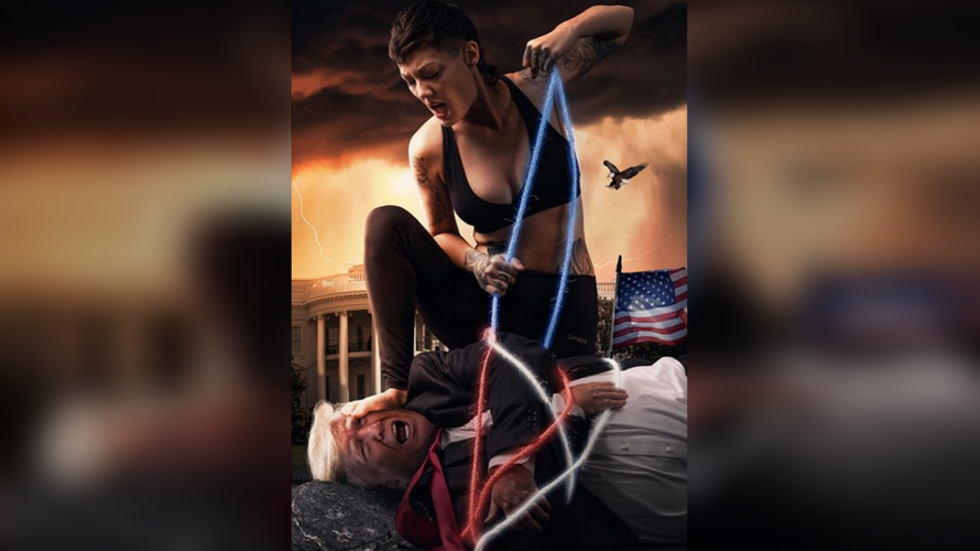 Not only do they fit snug and look great, yoga pants are apparently now the latest front in the US’ culture-war. One enterprising firm is selling its pants with a picture depicting a feminist hog-tying President Donald Trump.

Strange way to sell yoga pants and sports bras, but DHVANI, the company responsible, has apparently banked on turning Trump-hate into profit. Other images depict a gaggle of angry women gagging Trump, a woman ‘shushing’ the president with her finger, and another burly woman snatching his beloved cell phone from his hands.

Each Instagram post is accompanied with a semi-factual anti-Trump polemic, and the company has promised to donate a slice of its earnings to women’s causes and abortion services.

This is not OK. Attacking Gold Star families is not OK. Mocking a disabled American on national TV is not OK. Referring to America’s allies as “shithole countries” is not OK. Calling white supremacists “very fine people” is not OK. Handing your billionaire friends massive handouts in the form of tax cuts paid for by ordinary Americans is not OK. Calling US Congresswomen of color "savages" and telling them to "go back and help fix the totally broken and crime infested places from which they came" is not OK. Consistently trying to sabotage the Affordable Care Act, threatening coverage for millions of American women is not OK. A “Gag Rule” silencing doctors & nurses from providing reproductive healthcare information to their fellow Americans is not OK. None of this is OK. For nearly three long and tiring years, our American patriotism has been exploited. We were told by our current President that he would “make America great again.” Instead, we have a nation more divided than ever before and further away from the ideals that make America truly ‘great.’ Enough is enough. We’re taking a stand. We’re standing up for a woman’s right to choose, which is the law of the land. We’re standing up for women and LGBTQ+ rights. We’re standing up for the un- & under-insured’s ability to access affordable reproductive care. We’re standing up for every American’s right to a healthy life, liberty, and the pursuit of happiness. Starting today, DHVANI will donate a percentage of our sales to non-profit organizations that support access to reproductive healthcare and fight Trump’s Title X gag rule in Congress. DHVANI is prepared for the fight of our lives. Will you #StandForSomething with us? . **DHVANI produced the images of this campaign to artistically express the frustrations we believe many women share. All images are metaphorical in nature only. DHVANI does NOT and will NEVER condone violence of ANY KIND.**

Needless to say, the campaign stirred up some outrage. Turning Point USA founder Charlie Kirk called the images “sick,” while Donald Trump Jr wondered if the media would “dedicate the same time and outrage” to the billboard as it did this week to a meme depicting the president massacaring his enemies in the ‘fake news’ industry.

Hey @NYTimes and MSM. Since you had time to thoroughly cover a stupid and tasteless meme seen by 8 people with incredible outrage, I figured you should dedicate the same time and outrage to THIS BILLBOARD IN TIMES SQUARE you hypocrites!
Unless of course you’re just full of shit. pic.twitter.com/fsEF6ClRuv

“Good thing you’re not a conservative company who posted a photo like this with Obama because ANTIFA would be burning your store down right about now,” wrote one commenter on DHVANI’s Instagram post.

The Portland, Oregon-based company – which says it sells “Activ(ist) Wear” – has stuck by its turbo-woke messaging. “We realize that some of our customers won’t agree with our activism and that’s okay with us,” the clothing firm wrote.