The British newspaper The Guardian has obtained emails showing that government officials conspired with the nuclear industry to downplay and coverup the Fukushima nuclear disaster to prevent damage to the nuclear power industry.

The British newspaper the Guardian has written a series of investigative articles revealing government officials reached out to top nuclear industry officials following the Fukushima disaster to plan a PR campaign to cover up the Fukushima nuclear disaster.

Call for Chris Huhne to resign over Fukushima emails 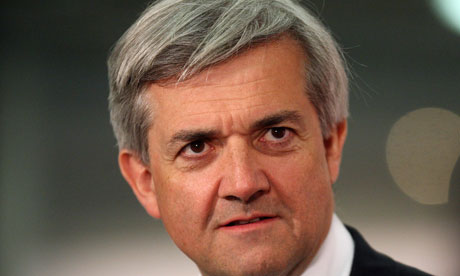 A prominent Liberal Democrat has called for Chris Huhne to resign immediately as energy and climate change secretary after emails were released detailing his officials’ efforts toco-ordinate a PR response to the Fukushima disaster with the nuclear industry. Civil servants in the energy and business departments were apparently trying to minimize the impact of the disaster on public support for nuclear power.

Andy Myles, the party’s former chief executive in Scotland, said: “This deliberate and (sadly) very effective attempt to ‘calm’ the reporting of the true story of Fukushima is a terrible betrayal of liberal values. In my view it is not acceptable that a Liberal Democrat cabinet minister presides over a department deeply involved in a blatant conspiracy designed to manipulate the truth in order to protect corporate interests”.

The leader of the Lib Dems in the European parliament, Fiona Hall, said nuclear plans should be put on hold.

“These emails corroborate my own impression that there has been a strange silence in the UK following the Fukushima disaster … in the UK, new nuclear sites have been announced before the results of the Europe-wide review of nuclear safety has been completed. Today’s news strengthens the case for the government to halt new nuclear plans until an independent and transparent review has been conducted.” 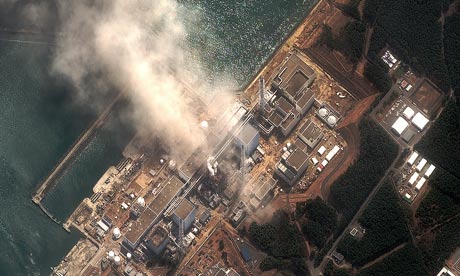 Government officials launched a PR campaign to ensure the accident at the Fukushima nuclear facility in Japan did not derail plans for new nuclear power stations in the UK. Photograph: AP

British government officials approached nuclear companies to draw up a co-ordinated public relations strategy to play down the Fukushima nuclear accident just two days after the earthquake and tsunami in Japan and before the extent of the radiation leak was known.

Internal emails seen by the Guardian show how the business and energy departments worked closely behind the scenes with the multinational companies EDF Energy, Areva and Westinghouse to try to ensure the accident did not derail their plans for a new generation of nuclear stations in the UK.

“This has the potential to set the nuclear industry back globally,” wrote one official at the Department for Business, Innovation and Skills (BIS), whose name has been redacted. “We need to ensure the anti-nuclear chaps and chapesses do not gain ground on this. We need to occupy the territory and hold it. We really need to show the safety of nuclear.”

Officials stressed the importance of preventing the incident from undermining public support for nuclear power.

The Conservative MP Zac Goldsmith, who sits on the Commons environmental audit committee, condemned the extent of co-ordination between the government and nuclear companies that the emails appear to reveal.

“The government has no business doing PR for the industry and it would be appalling if its departments have played down the impact of Fukushima,” he said.

Louise Hutchins, a spokeswoman for Greenpeace, said the emails looked like “scandalous collusion”. “This highlights the government’s blind obsession with nuclear power and shows neither they, nor the industry, can be trusted when it comes to nuclear,” she said.

The Fukushima accident, triggered by the Japan earthquake and tsunami on 11 March, has forced 80,000 people from their homes. Opinion polls suggest it has dented public support for nuclear power in Britain and around the world, with the governments of Germany, Italy, Switzerland, Thailand and Malaysia cancelling planned nuclear power stations in the wake of the accident.

The business department emailed the nuclear firms and their representative body, the Nuclear Industry Association (NIA), on 13 March, two days after the disaster knocked out nuclear plants and their backup safety systems at Fukushima. The department argued it was not as bad as the “dramatic” TV pictures made it look, even though the consequences of the accident were still unfolding and two major explosions at reactors on the site were yet to happen.

“Radiation released has been controlled – the reactor has been protected,” said the BIS official, whose name has been blacked out. “It is all part of the safety systems to control and manage a situation like this.”

The official suggested that if companies sent in their comments, they could be incorporated into briefs to ministers and government statements. “We need to all be working from the same material to get the message through to the media and the public.

“Anti-nuclear people across Europe have wasted no time blurring this all into Chernobyl and the works,” the official told Areva. “We need to quash any stories trying to compare this to Chernobyl.”

Japanese officials initially rated the Fukushima accident as level four on the international nuclear event scale, meaning it had “local consequences”. But it was raised to level seven on 11 April, officially making it a major accident” and putting it on a par with Chernobyl in 1986.

The Department for Energy and Climate Change (DECC) has released more than 80 emails sent in the weeks after Fukushima in response to requests under freedom of information legislation. They also show:

On 7 April, the office for nuclear development invited companies to attend a meeting at the NIA’s headquarters in London. The aim was “to discuss a joint communications and engagement strategy aimed at ensuring we maintain confidence among the British public on the safety of nuclear power stations and nuclear new-build policy in light of recent events at the Fukushima nuclear power plant”.

Other documents released by the government’s safety watchdog, the office for nuclear regulation, reveal that the text of an announcement on 5 April about the impact of Fukushima on the new nuclear programme was privately cleared with nuclear industry representatives at a meeting the previous week. According to one former regulator, who preferred not to be named, the degree of collusion was “truly shocking”.

A spokesman for the DECC and BIS said: “Given the unprecedented events unfolding in Japan, it was appropriate to share information with key stakeholders, particularly those involved in operating nuclear sites. The government was very clear from the outset that it was important not to rush to judgment and that a response should be based on hard evidence. This is why we called on the chief nuclear inspector, Dr Mike Weightman, to provide a robust and evidence-based report.”

A DECC source played down the significance of the emails from the unnamed BIS official, saying: “The junior BIS official was not responsible for nuclear policy and his views were irrelevant to ministers’ decisions in the aftermath of the Japanese earthquake.”

Tom Burke, a former government environmental adviser and visiting professor at Imperial College London, warned that the British government was repeating mistakes made in Japan. “They are too close to industry, concealing problems, rather than revealing and dealing with them,” he said.

“I would be much more reassured if DECC had been worrying about how the government would cope with the $200bn-$300bn of liabilities from a catastrophic nuclear accident in Britain.”

The NIA did not comment directly on the emails. “We are funded by our member companies to represent their commercial interests and further the compelling case for new nuclear build in the UK,” said the association’s spokesman.

“We welcome the interim findings of the independent regulator, Dr Mike Weightman, who has reported back to government that UK nuclear reactors are safe.”