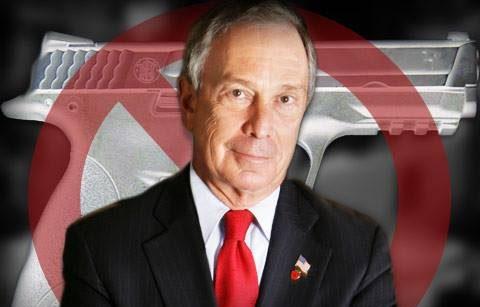 “…I mean, you think about it, you have Predators, and the Predators have missiles, and I have a list of everybody that’s annoyed me or screwed me for the last 74 year…”

Democrat Michael Bloomberg has been caught saying he will drone those who disagree with him and protect the big banks. The hypocritical guy who backs and funds his own anti-gun campaign now wants the power to drone his critics.

illionaire Democratic hopeful Michael Bloomberg vowed to “defend the banks” and jokingly suggested that he may hunt down his political rivals with Predator drones if elected, a leaked 2016 audio clip has revealed. While some may take it as a joke, giving power to a person who thinks killing people who disagree with him is a laughing matter is simply disturbing.

The Bloomberg campaign has confirmed the authenticity of the recording, which captured a speech he gave at a closed-door Goldman Sachs event at Yankee Stadium in June 2016. The clip was posted online by a self-styled disgruntled former Goldman executive several days ago and has since made the rounds.

Bloomberg’s opening remarks can only help to fuel concerns within the progressive wing of his own Democratic party that the billionaire is indeed in bed with big banks. When asked why he did not run in 2016, Bloomberg responded: “Well, to start, my first campaign platform would be to defend the banks, and you know how well that’s gonna sell in this country.”

While his campaign brushed off the remark as a joke, custom-tailored to the audience of corporate executives, Bloomberg seemed to be quite serious about his support for the banking industry at the time, arguing further that a strong banking system would boost job growth.

“But seriously… somebody’s gotta stand up and do what we need. A healthy banking system that’s going to take risks because that’s what creates the jobs for everybody.And nobody’s willing to say that. The trouble is, these campaigns in this day and age, really are about slogans and not about issues anymore,” he went on, lamenting that voters cast ballots based on the candidate they “hate the least.”

And that’s not the only concern, especially if you are critical of Bloomberg’s proposed policies.  According to RT, in another excerpt from the nearly hour-long speech, which was uploaded last week by the user ‘cancelgoldman’ to SoundCloud, an audio-sharing platform, Bloomberg suggested that one of the benefits of being president is that as commander-in-chief can do away with inconvenient critics by taking them out with killer drones.

“It would have been a great job. No, I mean, you think about it, you have Predators, and the Predators have missiles, and I have a list of everybody that’s annoyed me or screwed me for the last 74 years, and bang-bang-bang-bang.” -Michael Bloomberg

Bloomberg has spent over $500 million out of his own pocket to promote his presidential bid, but so far his campaign is struggling to gain momentum. Hopefully, the release of this audio clip will see him out of the race and out the money he spent promoting his idiotic and sociopathic policies.