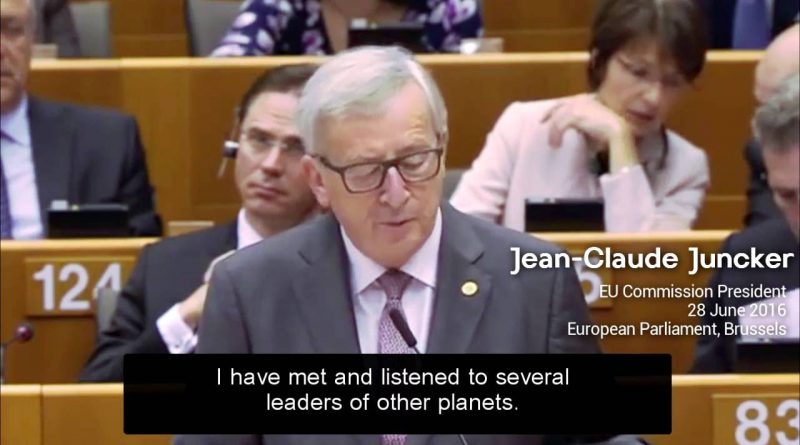 “Leaders of other Planets are worried” – EU President talks about Extraterrestrials

During a speech on the 28th of June in the European in Parliament in Brussels, EU Commission President Jean-Claude Juncker confused attendees in Parliament when he started talking about what appear to be extraterrestrials. Juncker claimed he met and listened to “leaders of other planets” who are “watching us from afar”. He says they worried as they keep asking about the path the European Union will pursue following the BREXIT vote of the British people.

Jean Claude Juncker declared he talked with extraterrestrials about Brexit