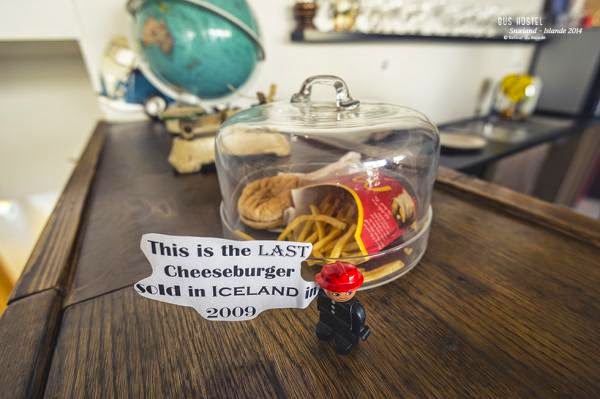 The last cheeseburger sold in Iceland in 2009 remains unchanged after 6 years, reports MBL.is. The only notable difference seems to be that the meat patty is a slightly lighter colour than before.

A year after the economic meltdown in Iceland, McDonald’s announced it would be closing up shop and on the last day it was open Icelander Hjör­tur Smára­son bought the last Mc­Don­ald’s cheeseburger in the coun­try.

Deciding he would preserve it, Hjörtur kept the burger and fries in a plas­tic bag for 3 years dur­ing which time it remained un­touched by time or decay…. http://grapevine.is