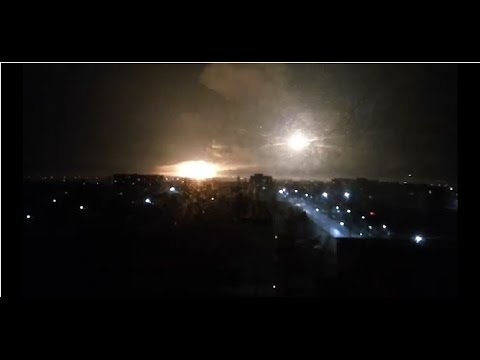 Thousands of people are being evacuated from Balakleya in the Kharkov region of Ukraine, as a massive fire has broken out at a munitions depot, which is said to be the largest in the country. There are reports of explosions and shattered windows.
Chaotic scenes with hundreds of vehicles stuck in traffic jams were reported on social media after the Balakleya city administration ordered an emergency evacuation of most of the city.