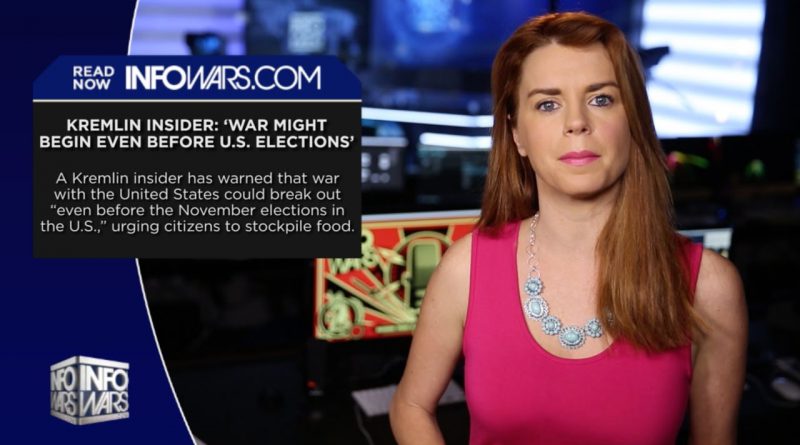 A Kremlin insider has warned that war with the United States could break out “even before the November elections in the U.S.,” urging citizens to stockpile food.

US and Saudis grant 9,000 ISIS fighters free passage from Iraqi Mosul to Syria

Sergei Markov, a member of the Civic Chamber, a Moscow-based state institution, told the Daily Beast, “These are the most serious tensions between Moscow and Washington in decades….the war might begin even before the November elections in the U.S.”

“I personally plan to stock 200 cans of pork to be ready for a potential war crisis,” Markov added, “and I advise everybody to do the same.”

Markov’s warning should probably be treated seriously given that he isknown to have “close ties to (the) Kremlin”.

As we previously reported, Russian citizens have been stockpiling food and essential supplies for months as paranoia about a major conflict escalates.

Tensions have risen yet further in recent days after it was revealed that the Obama White House was considering a major cyber attack against Russia in retaliation for Moscow’s alleged “interference in the American presidential election”. HaTTiP