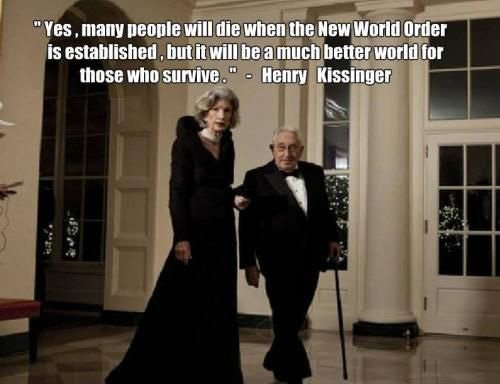 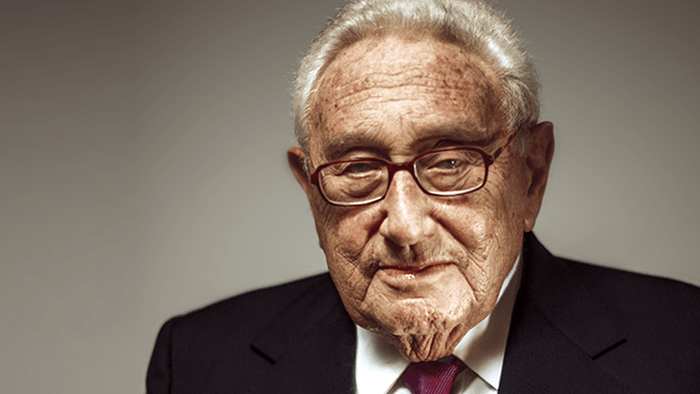 “…a breakdown of the order is inevitable. And the consequences of a breakdown would be catastrophic…”

Authored by Paul Antonopoulos via GlobalResearch.ca,

With the White House continually provoking tensions against Russia and China, the doyen of American foreign policy, Henry Kissinger, dramatically warned Washington last week to either agree to a new international system or continue pushing tensions that are leading to a situation similar to the eve of World War One.

“if you imagine that the world commits itself to an endless competition based on the dominance of whoever is superior at the moment, then a breakdown of the order is inevitable. And the consequences of a breakdown would be catastrophic.”

The veteran diplomat urged the U.S. to understand that not every issue has “final solutions” and warned

“if we don’t get to an understanding with China on that point, then we will be in a pre-World War One-type situation in which there are perennial conflicts that get solved on an immediate basis but one of them gets out of control at some point.”

However, the idea that the U.S. should stop imposing its will on everyone else will not be easily accepted in Washington. This is attested by the sharp rhetoric and personal insults that U.S. President Joe Biden continually levels against his Russian and Chinese counterparts, Vladimir Putin and Xi Jinping.

High-ranking Chinese official Yang Jiechi told U.S. Secretary of State Anthony Blinken on March 18 in Alaska that “the United States does not have the qualification to say that it wants to speak to China from a position of strength.” Then, Russian Foreign Minister Sergei Lavrov and his Chinese counterpart Wang Yi boldly said days later on March 22 during their meeting in Beijing that they “jointly safeguard multilateralism, maintain the international system with the UN at its core and the international order based on international law, while firmly opposing unilateral sanctions as well as interference in other countries’ internal affairs.”

Kissinger’s career is washed in blood when we remember his backing of Pakistan during Bangladesh’s War of Independence despite the massacre of hundreds of thousands of people and mass rape; orchestrated a military coup in Chile to remove democratically elected Allende in favor of the Pinochet dictatorship; tacitly supported Indonesia’s mass killing of hundreds of thousands of East Timorese; and, blessed Turkey’s invasion of northern Cyprus that led to 200,000 Greek refugees without a right of return – among many other things.

However, his most recent statement about the U.S. and the international system is actually a mature proposal that would be beneficial for world peace if the Biden administration accepts his advice that the global order is changing. It is unlikely that Washington is ready to unilaterally end its hard and soft power aggression as it falsely believes it can maintain a unipolar order.

It is always difficult for Great Powers to accept that the world has changed, especially when it is to their detriment. The behavior of the Biden administration, which deliberately uses threatening and inappropriate rhetoric, demonstrates that it will not rationally accept a multipolar world system, especially since Russophobia and Sinophobia are on the rise.

Personal insults against Putin and Xi are an expression of American impotence, especially when we consider that the U.S. historically did not engage in this kind of rhetoric when it was at the zenith of its power. The U.S. is no longer the world’s sole superpower and its rivals are no longer accepting such aggression, which is exactly why the Chinese delegation that went to Alaska last month clearly stated that it does not accept any language of force.

An additional problem for the U.S. is whether its allies will strain their relations with China and Russia, and whether they will accept being pushed into conflicts with them. There are indications that the most important European countries will resist U.S. demands. This is evidenced by the Nord Stream 2 issue where American attempts to prevent its construction are being met with resistance from important European Union countries despite the endless complaints from minnows like Lithuania and Poland.

Robert Gates, former director of the CIA and U.S. Secretary of Defense, admitted in a recent interview with the Washington Post that sanctions against Russia do not any good for the U.S. In The National Interest, Robert Kaplan describes Russia as a “problem from hell” because it cannot be subdued. Kaplan offered reasons why it is necessary for Russia to “move away from its one-sided alliance with China” and find balance with the U.S.

Washington’s misguided policy of aggression to maintain a unipolar world order worked in the favor of China and Russia, especially in accelerating their cooperation. The West can no longer suppress China’s economic power or Russia’s military power. Military strategists in the West are aware that the Russo-Sino cooperation cannot be compensated by anything.

In the end, Washington will have to resort to a strategy resembling Kissinger’s suggestion of finding equilibrium, whilst also accepting the multipolar reality that has been established.