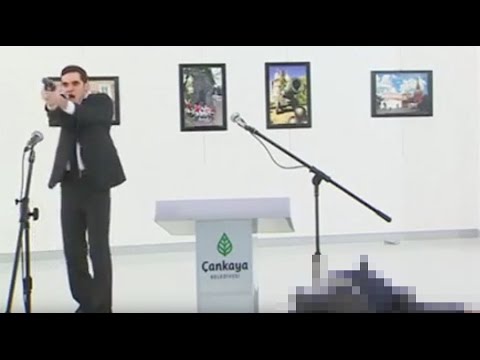 The assassination of Russia’s ambassador to Turkey was caught on camera in Ankara, Monday.

The ambassador, Andrei Karlov, was making a speech during the opening ceremony of a photo exhibition called ‘Russia as Seen by the Turks’, when the gunman opened fire.

The perpetrator reportedly fired several shots, hitting Karlov in the back and wounding three others. Russian Foreign Ministry spokesperson Maria Zakharova has confirmed that Karlov has died of his wounds.

The assailant reportedly identified himself as a police officer as he entered the exhibition.

Special forces are currently surrounding the building, preparing to raid the Contemporary Arts Center where the shooting took place.