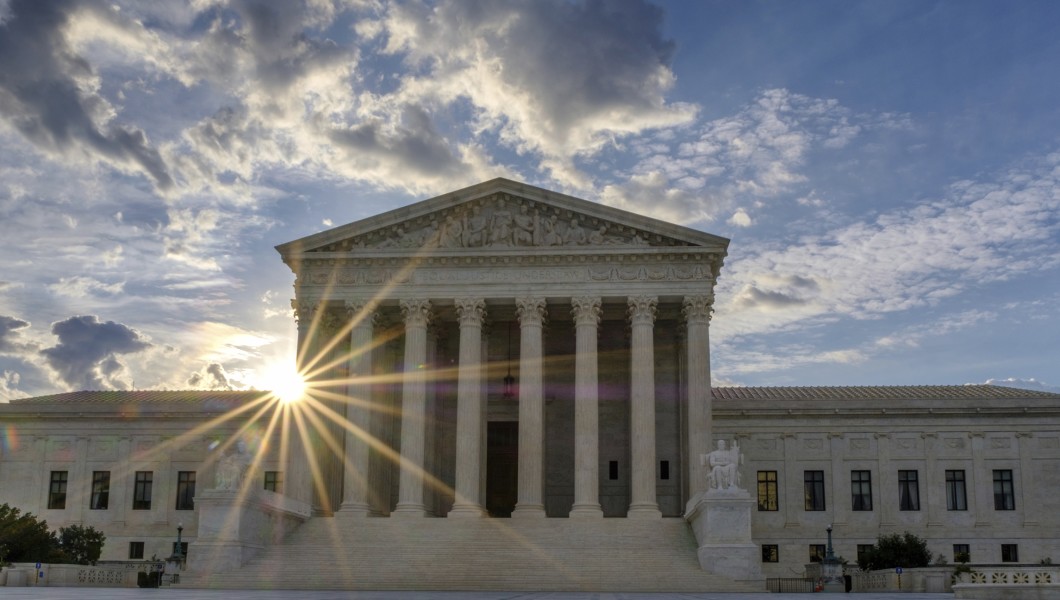 It only took seven years and two trips to the Supreme Court, but the Little Sisters of the Poor finally won its case this week in a 7-2 ruling, Little Sisters v. Pennsylvania.

It only took seven years and two trips to the Supreme Court, but the Little Sisters of the Poor finally won its case this week in a 7-2 ruling, Little Sisters v. Pennsylvania.

Although the decision is a narrow one, it is a victory for religious freedom and the cause for unequivocal celebration. After years of legal harassment from left-wing organizations and Democratic government officials, this Catholic religious order, founded to serve the needs of impoverished elderly people, can live without government interference according to the teachings of the faith that gives it purpose.

The case involved the Obama administration’s contraceptive mandate — a regulation finalized by the bureaucracy in 2013 requiring all employers to provide employees with coverage for contraception and sterilization. The Little Sisters, a Catholic order, wanted no part in providing or funding such services, which Catholicism forbids. It also rejected, as a moral evasion, the alternative offered by the Obama administration — that it certifies for its group insurer that it was refusing such coverage so that the insurer could handle it for the order separately.

In May 2016, the Supreme Court unanimously reversed lower court rulings against the Sisters and demanded that the Obama administration find a way to accommodate its beliefs fairly. This week’s ruling vindicated the Trump administration’s attempt to do just that by executive action. This opens the way for the Sisters and other conscientious objectors to be exempt from the requirement.

Tellingly, some media organs have dishonestly tried to portray this as a weakening of Obamacare, but this is not so. The 2013 contraceptive mandate was not contained within or necessary to the Obamacare law itself. In fact, Obamacare might not have even passed if it had been included.

This was just one of two heartening religious liberty cases handed down Wednesday. The other, Our Lady of Guadalupe School v. Morrissey-Berru, reaffirmed that religious institutions may govern themselves without state interference. The case involves an employment dispute between two former Catholic school teachers and the Archdiocese of Los Angeles. In both cases, the teachers had sued after their contracts were not renewed. Their schools alleged that they were both simply poor at their jobs.

But this case was not intended to settle that dispute. At issue here was whether courts can dictate hiring decisions about “ministers” and other religious jobs, whatever they are called, under U.S. employment law. As in a famous previous case known as Hosanna-Tabor, the court ruled that such decisions are church decisions, not state decisions.

“The religious education and formation of students is the very reason for the existence of most private religious schools, and therefore the selection and supervision of the teachers upon whom the schools rely to do this work lie at the core of their mission,” wrote Justice Alito. “Judicial review of the way in which religious schools discharge those responsibilities would undermine the independence of religious institutions in a way that the First Amendment does not tolerate.”

In both of these cases, seven justices supported the underlying result, including the liberal justices Elena Kagan and Stephen Breyer.

The Founding Fathers were aware of the Spanish Inquisition, the persecution of Catholics in Elizabethan England, and the persecutions that had impelled Puritans to flee England for Massachusetts. They were so eager to get the state out of the business of enforcing religious orthodoxy that they put religious liberty right at the very beginning of the First Amendment to the Constitution — even before the treasured freedoms to speak, publish, and assemble.

These Supreme Court rulings, together with last week’s ruling in Espinoza, show that their concerns have not been completely neglected. The state can neither discriminate against the church nor control its teachings through backdoor means such as employment law. Nor can the state go about freely as if enforcing its own religion, carelessly bludgeoning believers into violating the teachings of their faiths.

Religious liberty has been on shaky ground for some time now. It is good to see the Supreme Court’s justices weigh in every now and then and reaffirm its crucial importance to the nation’s republican system of government.