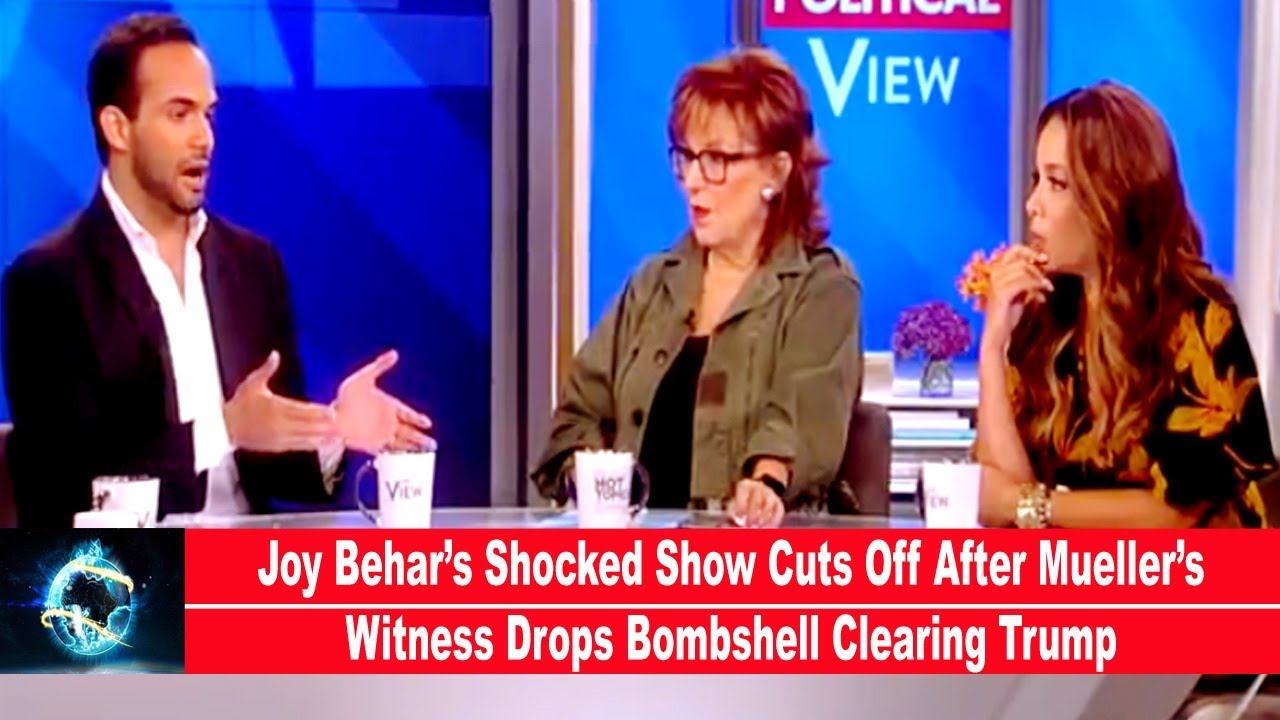 Joy Behar’s shocked show cuts off after Mueller’s witness drops bombshell clearing Trump. George Papadopoulos appeared on The View, and Joy Behar was jumping with excitement, thinking he would shed light on how Mueller will get Trump impeached. Then, it all went wrong as Papadopoulos cleared Trump with bombshell evidence, and a shocked Behar lost it as the show was cut off.

Joy asked George, “You never told anyone at the Trump campaign about the emails? Is that what you are saying?!” Papadopoulos answered, “Yeah, I have no recollection of doing it…” Which at that point, snarky Sunny Hostin ru.dely cuts him off saying, “Not having any recollection of not doing it and not doing it are two different things.”

Joy can be heard chuckling, all of them totally clueless of what is to come. George says, “Let’s not forget I was living in London at the time. I wasn’t in some sort of headquarters…” Again Sunny Hostin cuts him off sarcastically saying, “But that doesn’t affect your memory.”

Now, Joy’s excited to get the Trump dirt that she is positive is coming. She tells George, “Quickly, we are running out of time.” The truth is they had an entire second segment coming up with George and his wife. Remember, the topic is Hillary’s emails and the shrews on The View are sure Papadopolous somehow is the link who got those emails to the Trump campaign. They think the emails are the smoking gun proving Trump colluded with Russia.