Republican Sen. Josh Hawley of Missouri urged Twitter CEO Jack Dorsey to call in the Department of Justice and the FBI to take “any necessary measures” to secure the social media site. Source: The Daily Caller

Sen. Josh Hawley urged Twitter CEO Jack Dorsey to call in the Department of Justice and the FBI to take “any necessary measures” to secure the social media site after some of its most prominent users were compromised by suspected bitcoin scammers Wednesday afternoon.

The Twitter accounts of former President Barack Obama, Democratic presidential candidate Joe Biden and former New York Mayor Mike Bloomberg were among the many accounts compromised by the hackers, who posted messages on the accounts asking users to send money to a bitcoin address.

“I am concerned that this event may represent not merely a coordinated set of separate hacking incidents but rather a successful attack on the security of Twitter itself,” Hawley wrote in the letter. “As you know, millions of your users rely on your service not just to tweet publicly but also to communicate privately through your direct message service.”

“A successful attack on your system’s servers represents a threat to all of your users’ privacy and data security,” the the Missouri Republican added.

The bitcoin address linked in the tweets has racked up at least $115,000 since the start of the attack, according to NBC News, citing a public register of bitcoin transactions.

“I am giving back to the community,” read a now-deleted tweet posted to Biden’s account. “All Bitcoin sent to the address below will be sent back doubled!”

We are aware of a security incident impacting accounts on Twitter. We are investigating and taking steps to fix it. We will update everyone shortly.

Twitter began blocking any user with a blue verification check from posting on the platform shortly after 6:00 p.m Wednesday amid the attack. 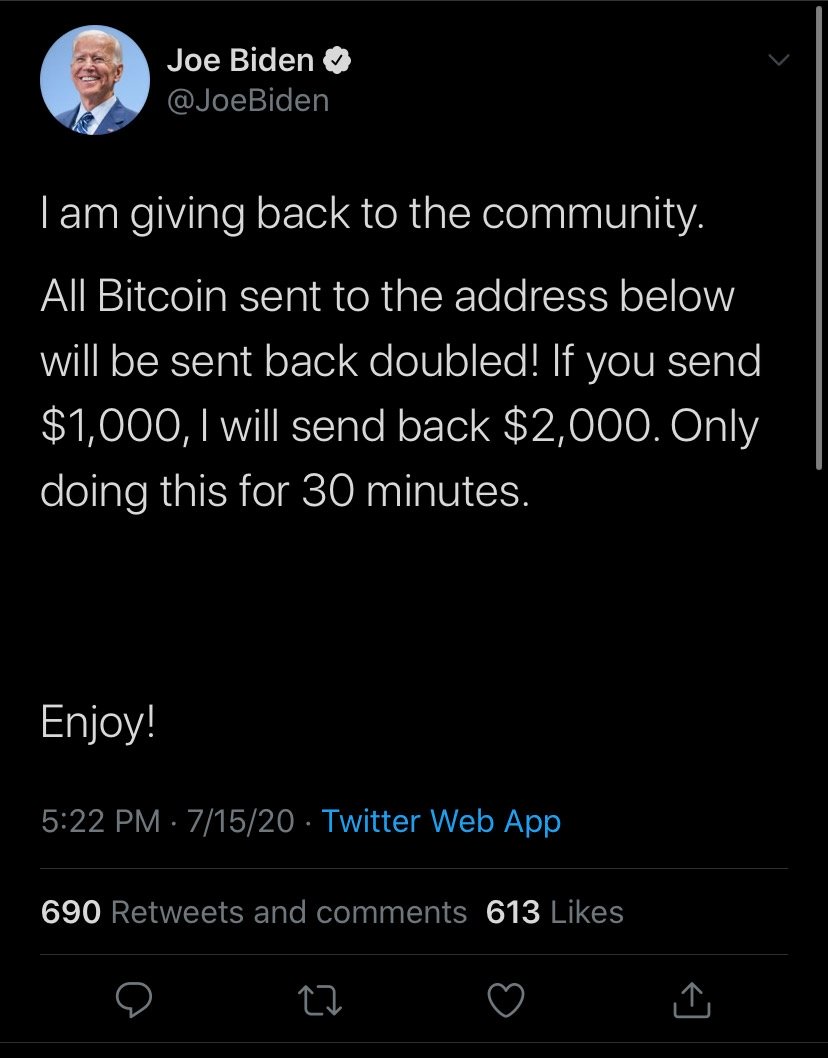 In addition to urging Dorsey to contact the DOJ and FBI to assist in securing the Twitter, Hawley asked him to clarify whether President Donald Trump’s Twitter account was threatened at all during the attack.

Hawley also asked how many users may have been the victim of data theft as a consequence of Wednesday’s attack.