Thread by @jessiprincey: ? Massive thread from John Sullivan’s Discord server. His infamous “Counter-Intel” photo wearing a Trump 2020 hat. Discord user saying the cops let them all inside for the coup. Various pho…… 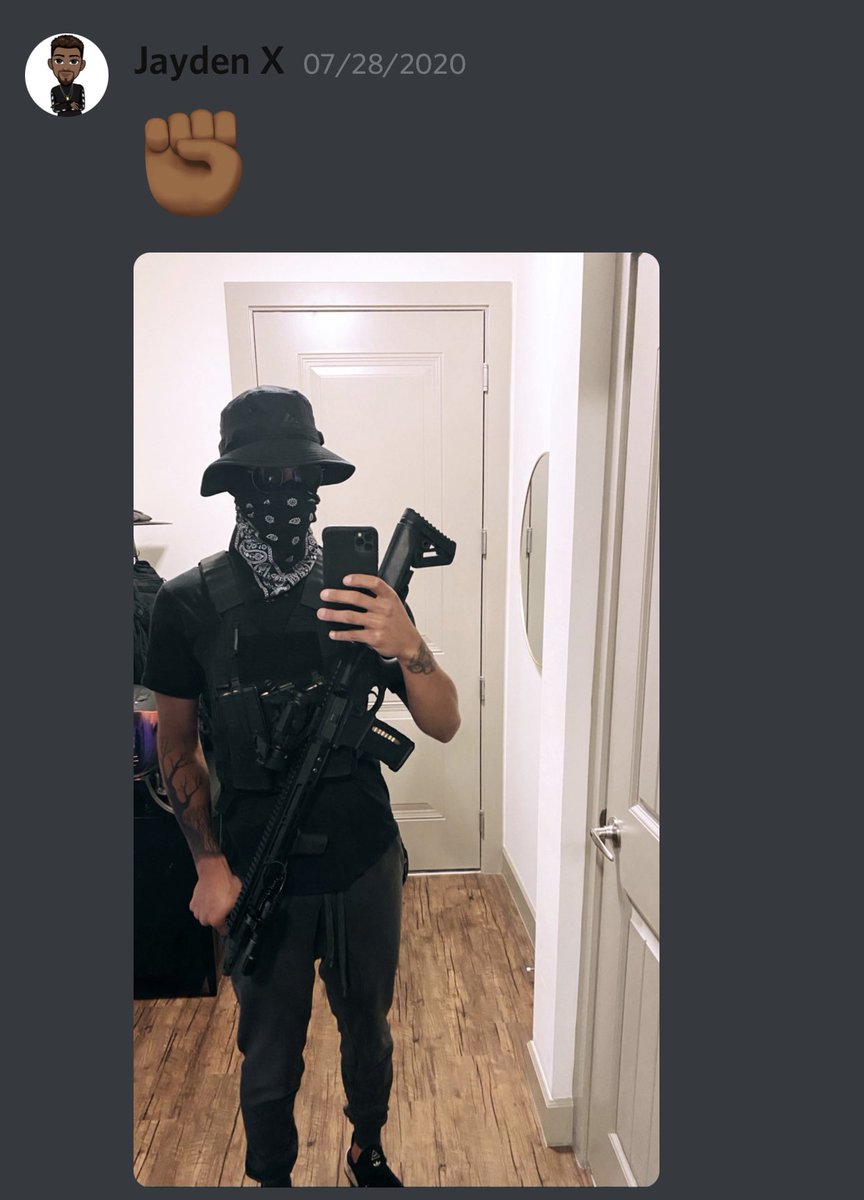 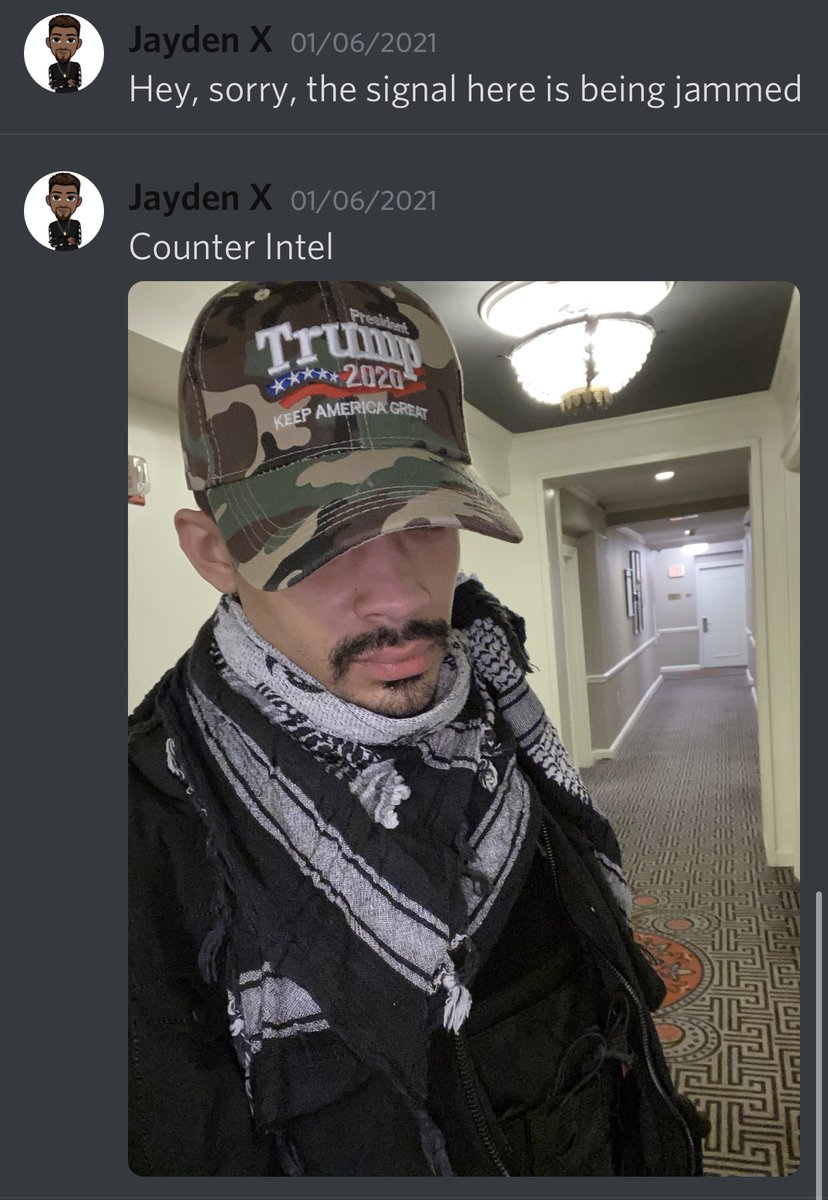 Discord user saying the cops let them all inside for the coup.
Unroll available on Thread Reader
Various photos from John Sullivan’s discord. 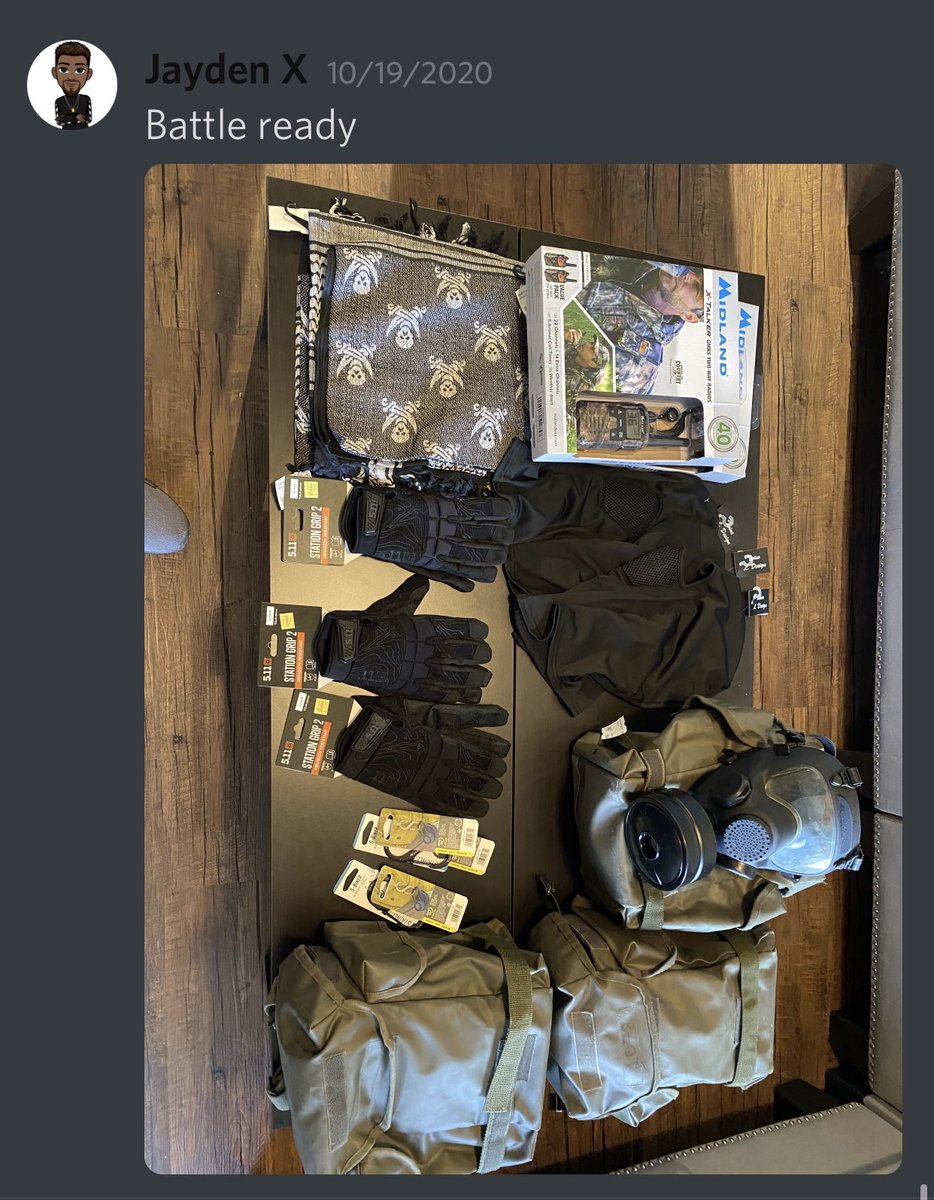 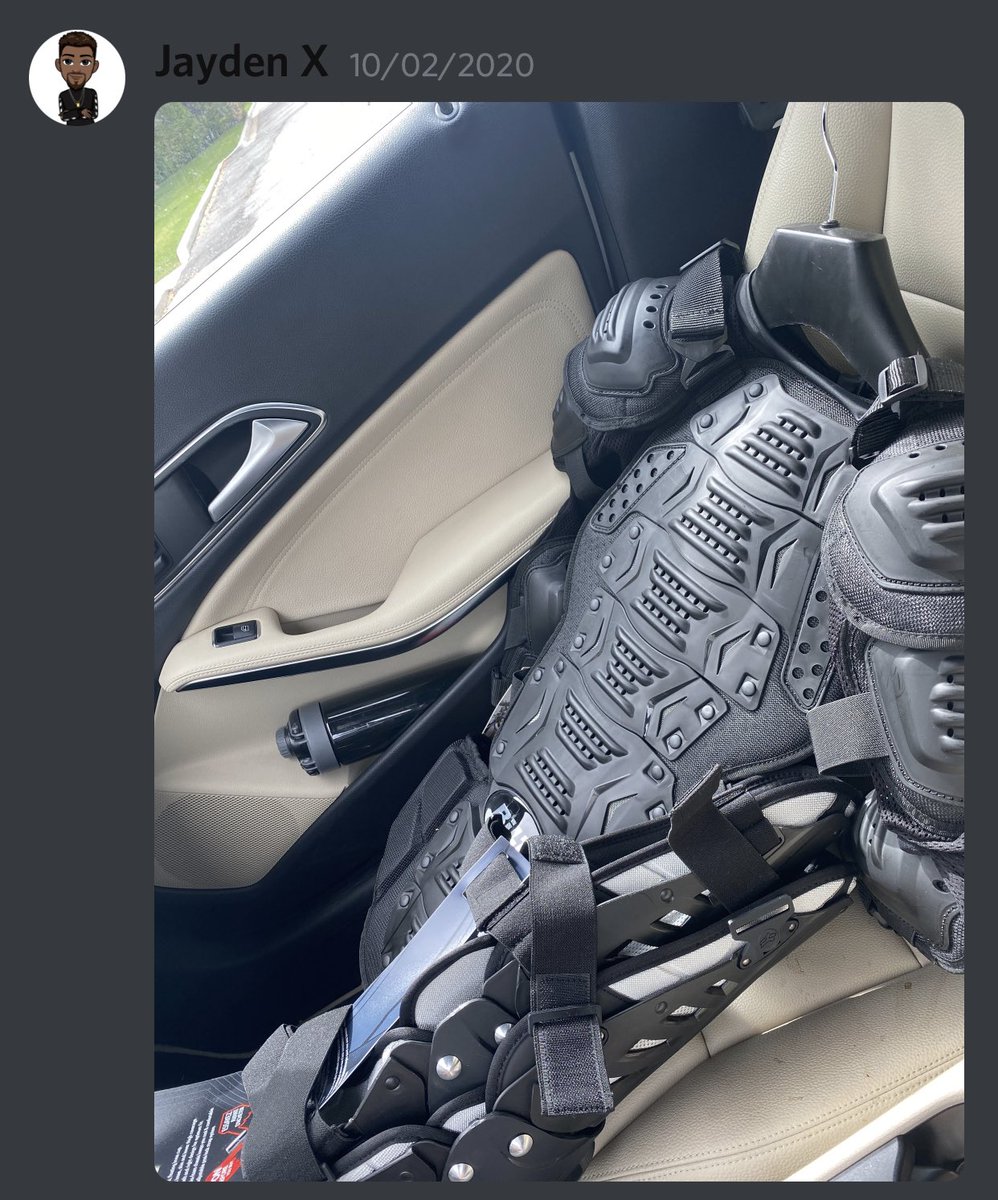 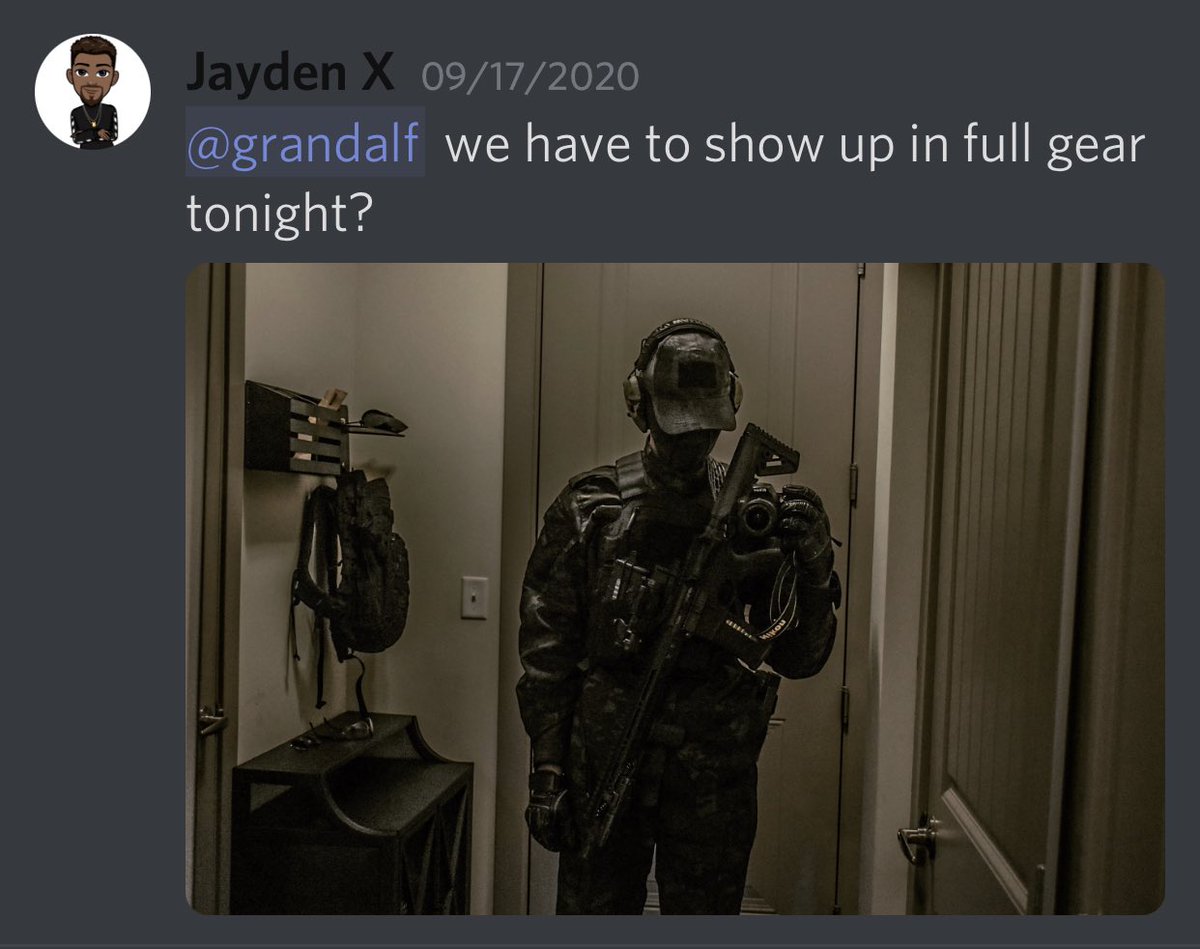 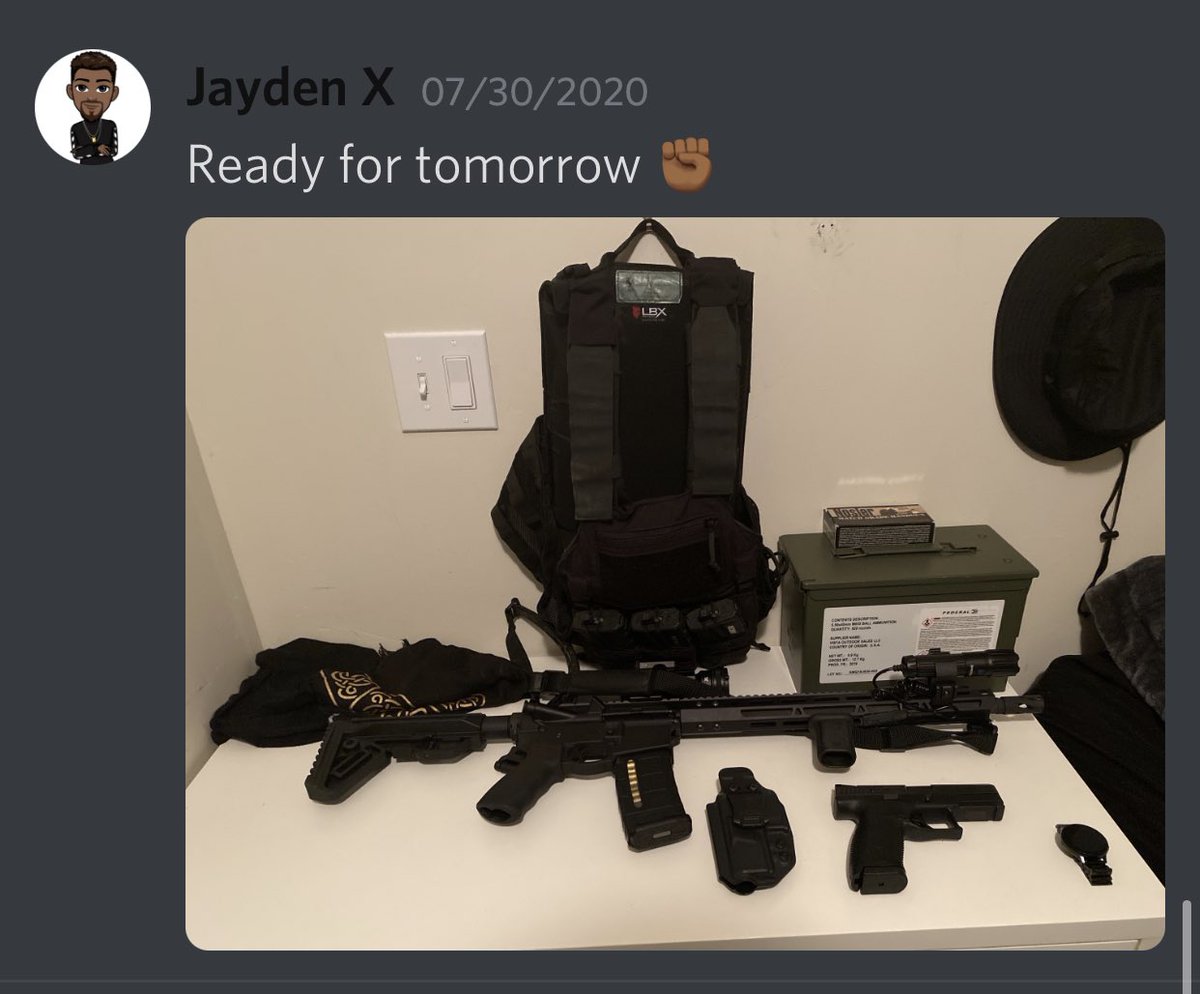 Unroll available on Thread Reader
John Sullivan AKA Jayden X trying to argue no one would figure out it was him from his own videos. 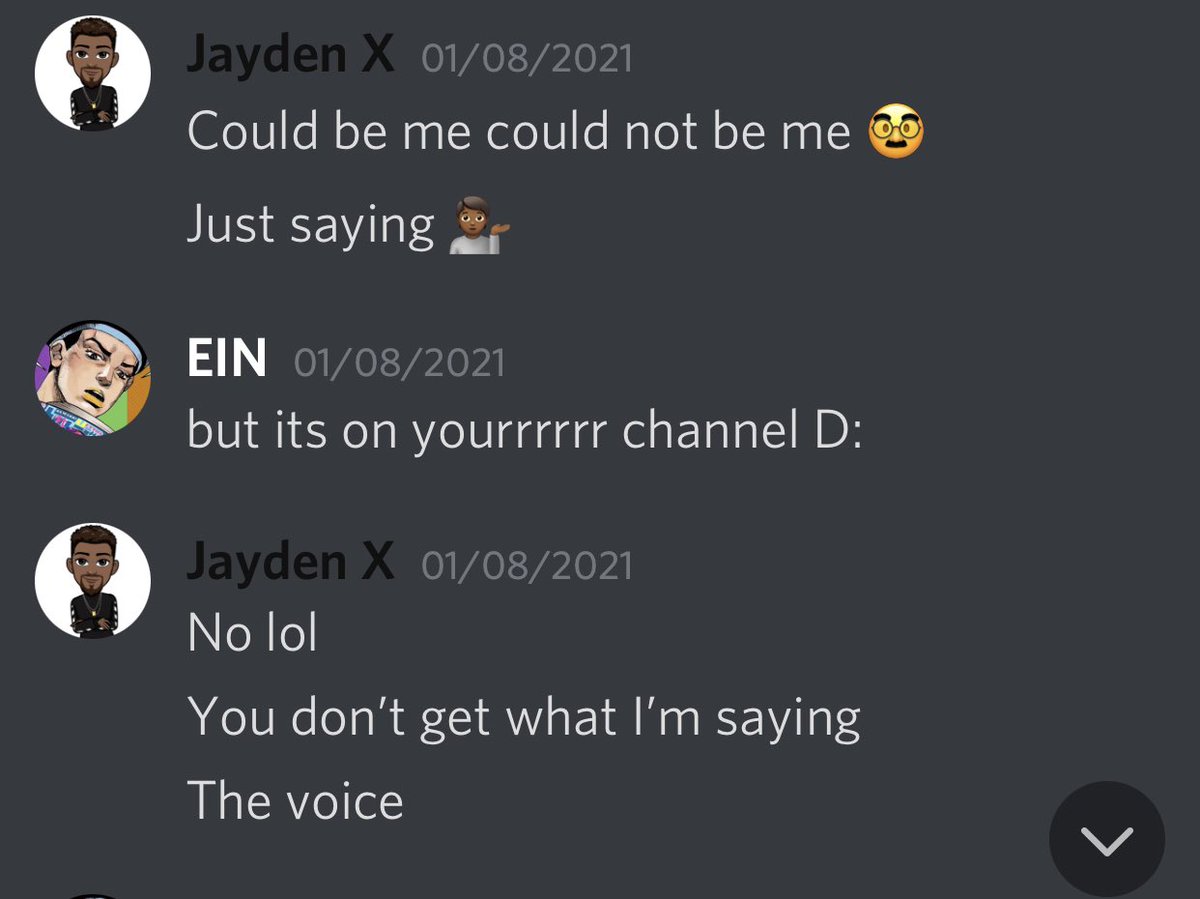 From Discord Sullivan has maps of DC of different buildings and routes. 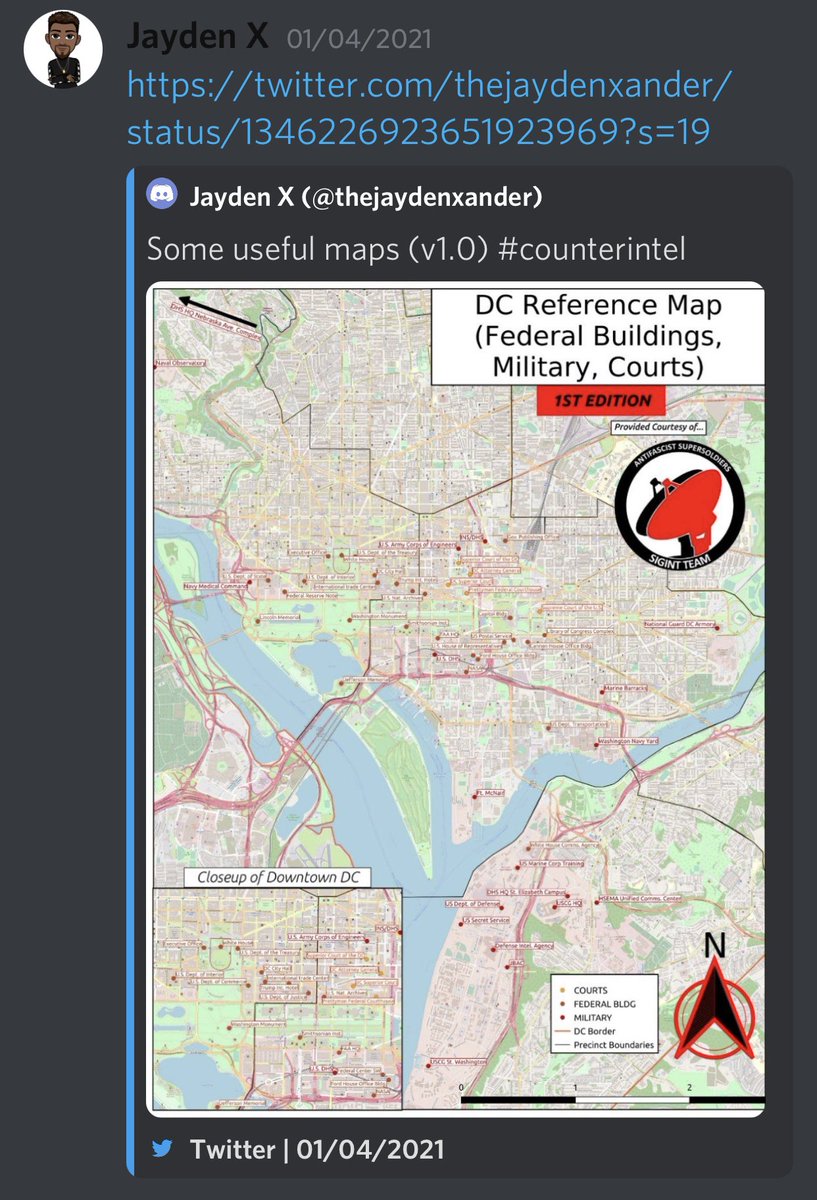 On Discord Sullivan says “They catch a bullet if they try some shit.”

User tetrahedron is a bulk ammo dealer that would like to help. 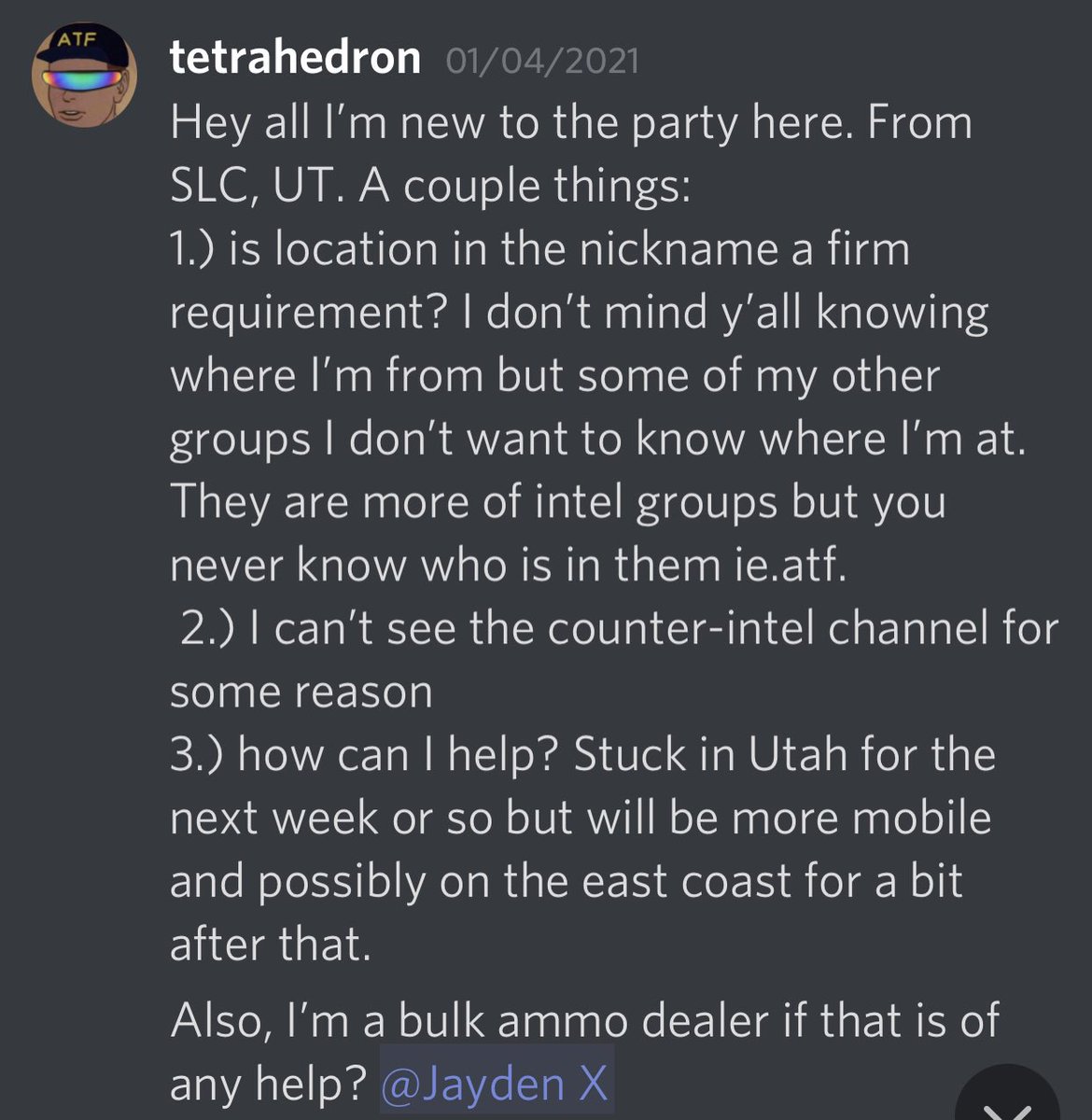 Sullivan telling his followers how to set up burner phones. 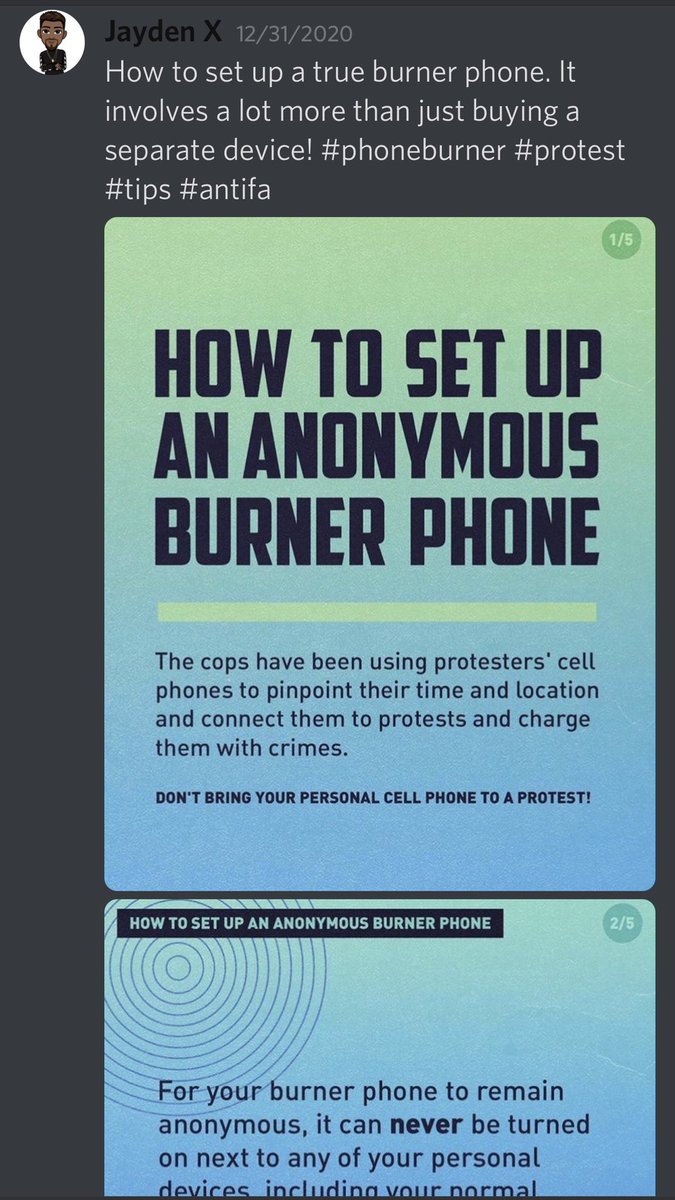 Another Antifa event in DC on January 6. Link does not work anymore. 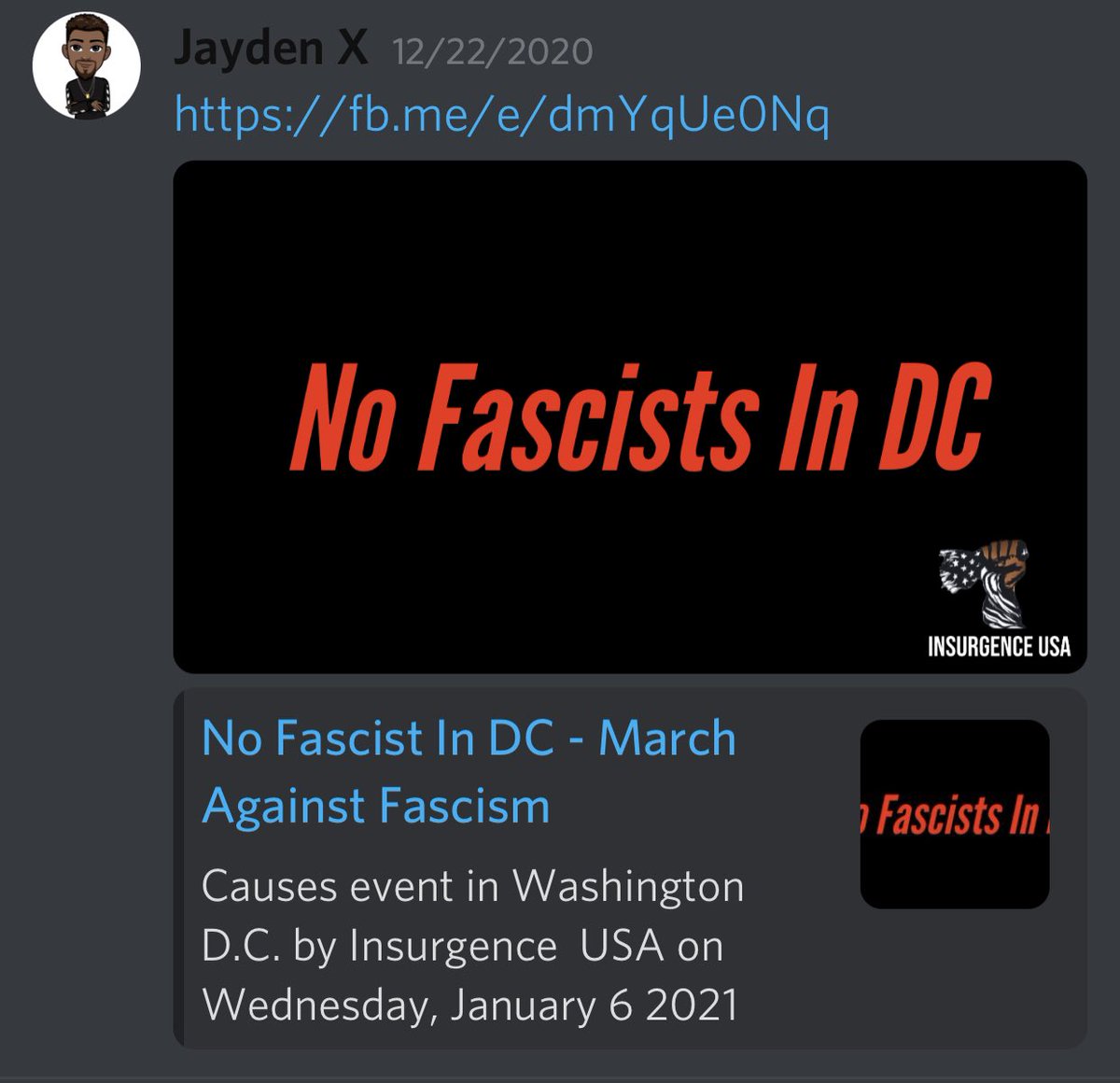 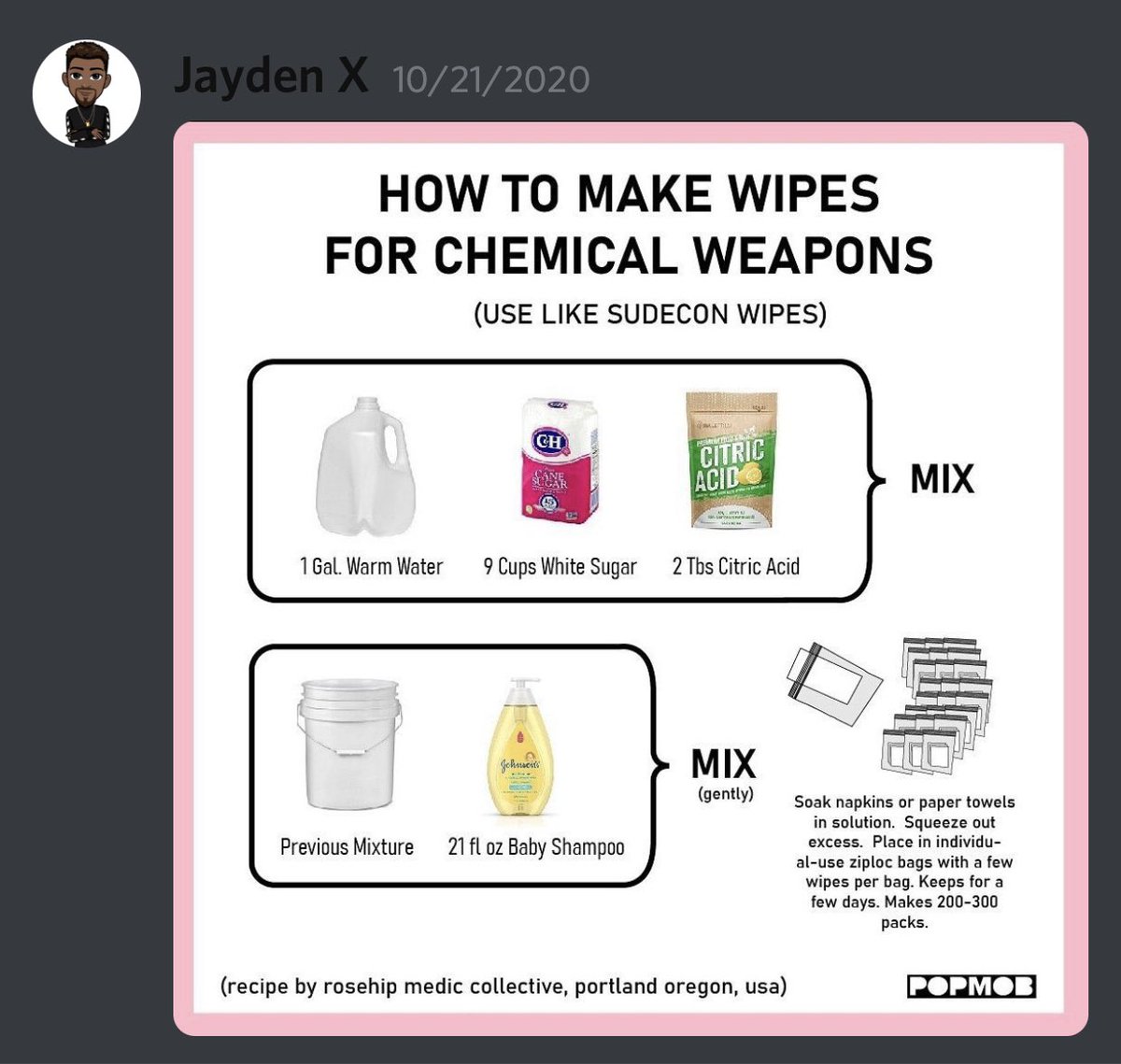 Sullivan posted these fliers claiming MAGA are holding a Nationwide rally on January 17 for the Second Amendment. He doesn’t post the source of these images. My opinion is he made them himself for more chaos. 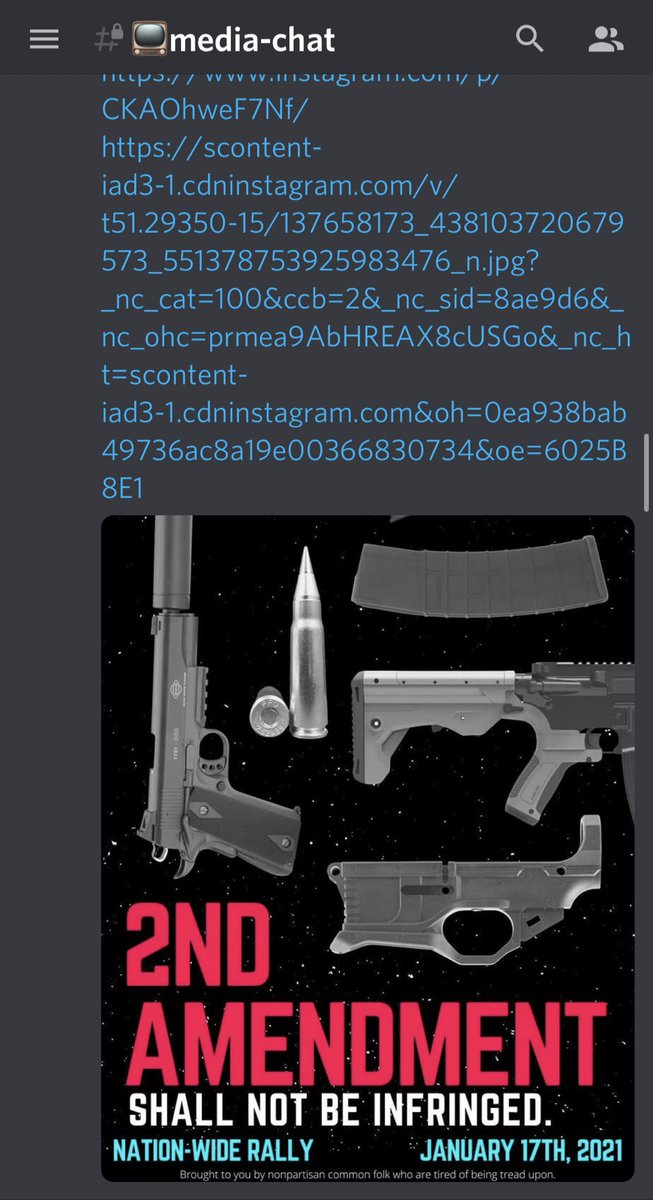 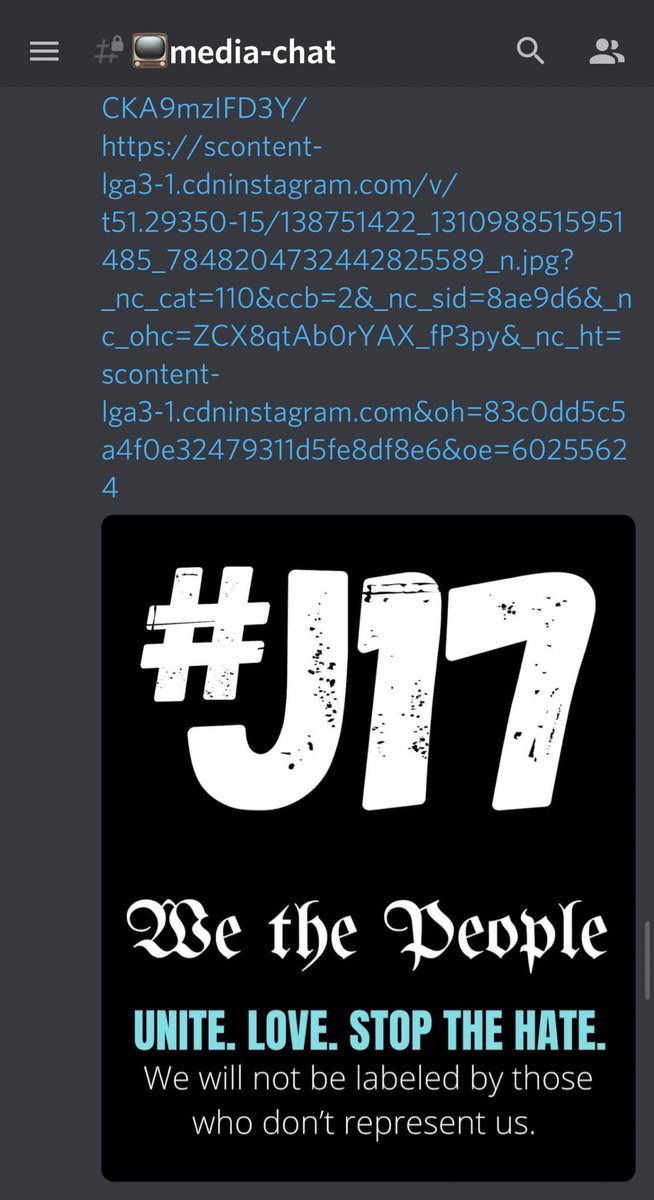 Link to images: scontent-iad3-1.cdninstagram.com/v/t51.29350-15…
He posted the flier on his Instagram and said “I just got new intel about #TrumpInsurection a 2nd Amendment will be *STAGED* for #TrumpCoupAttempt on Jan 17th,2020” 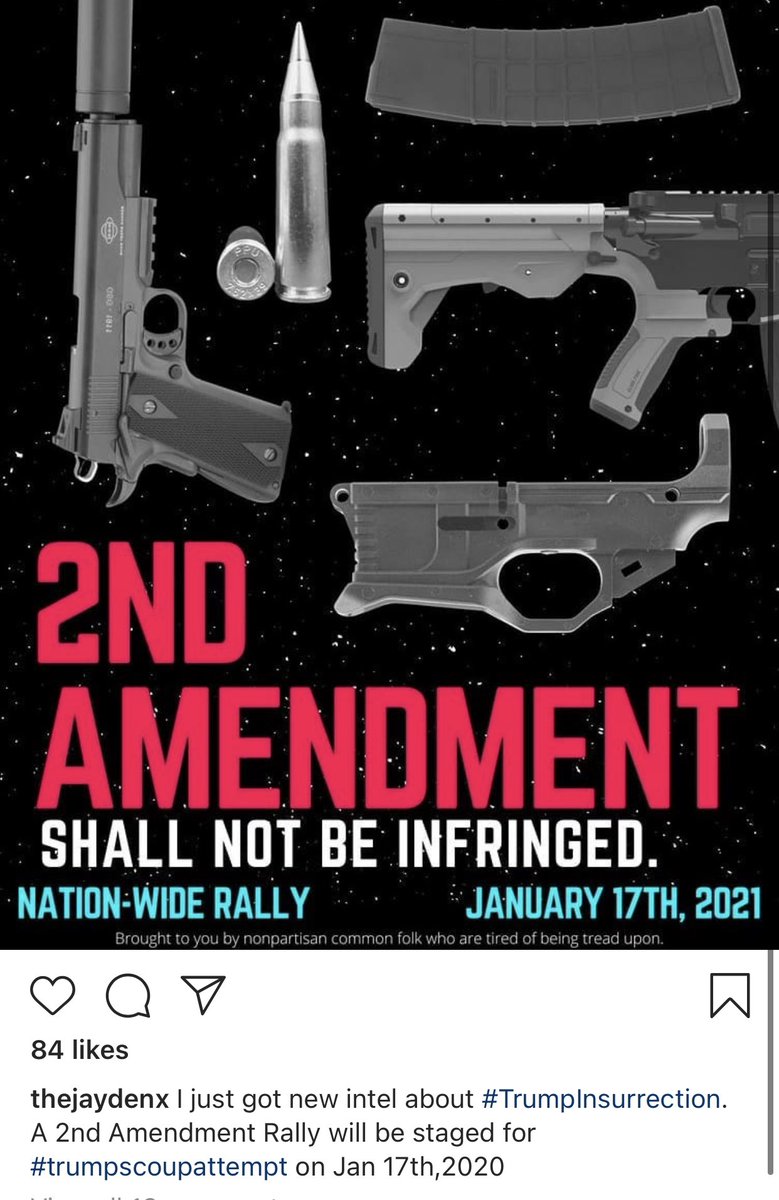 Sullivan posted the flier in Discord and stated “Lol, this is going to be a war” 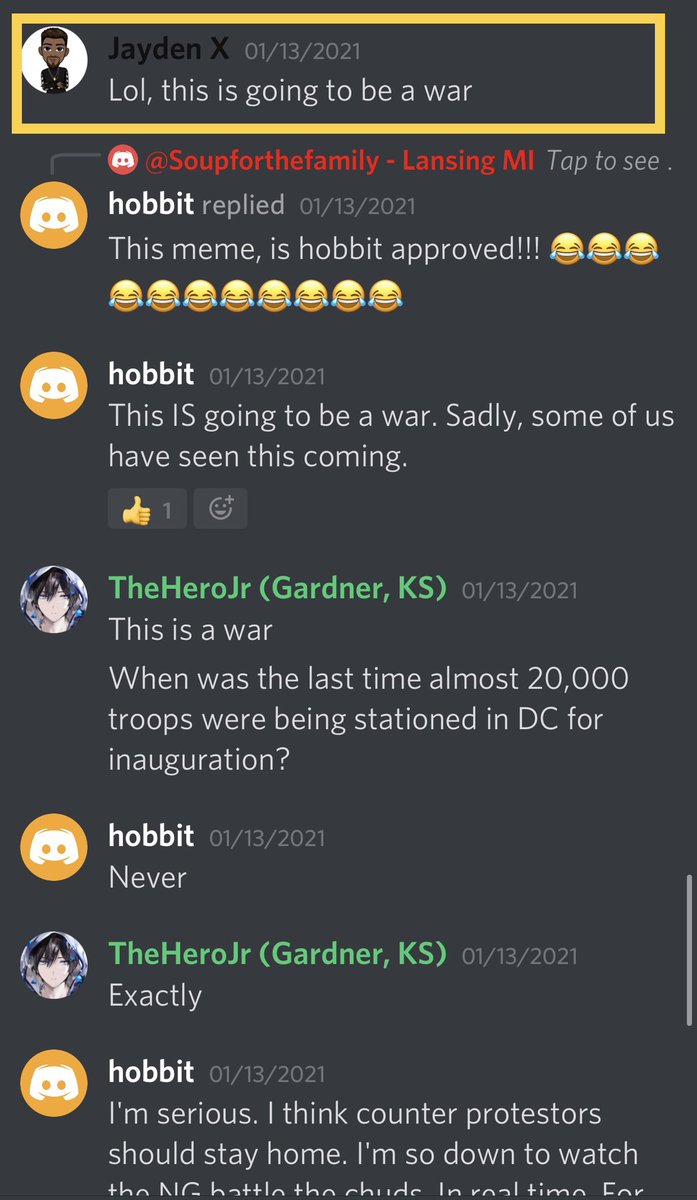 On Discord today a username Kang said today “You can’t think it was just Trump supporters.”

“THERE WERE TONS OF ANTIFA MEMBERS BUT WHY WOULD THEY RAT THEMSELVES OUT.” 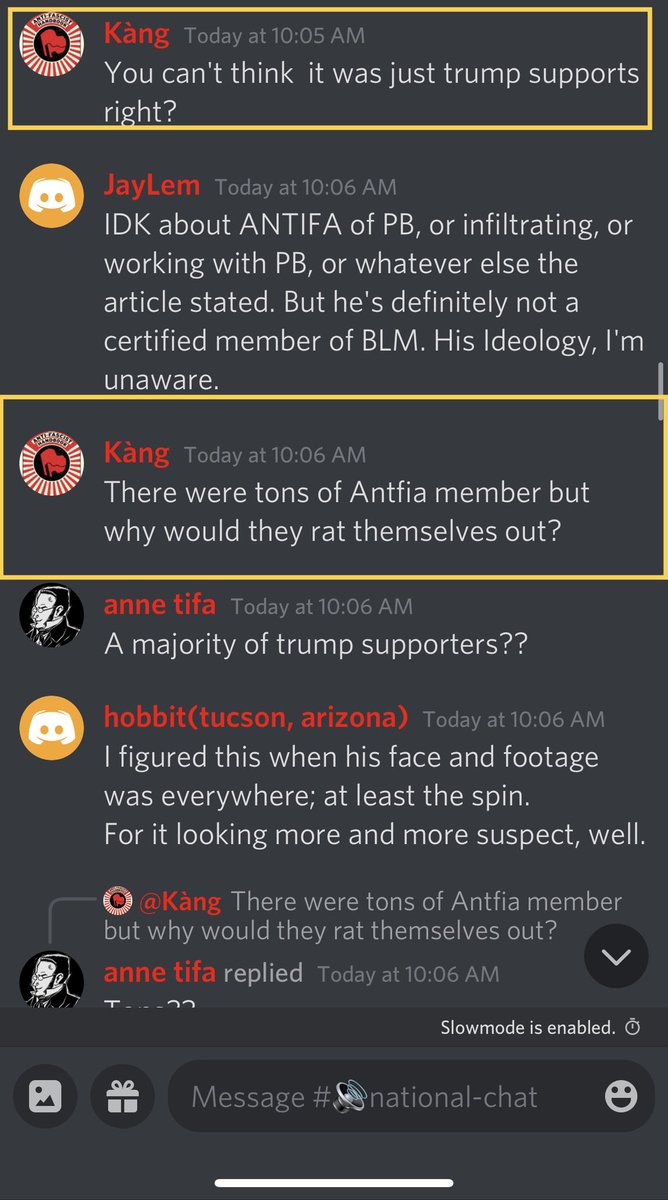 Update, as we all know John Sullivan was paid for his footage from January 6 at the Capital, and was also paid by CNN for the footage. Now, that $90,000 has been confiscated by the DOJ as criminal proceeds.
Update new charges have been filed on John Sullivan.