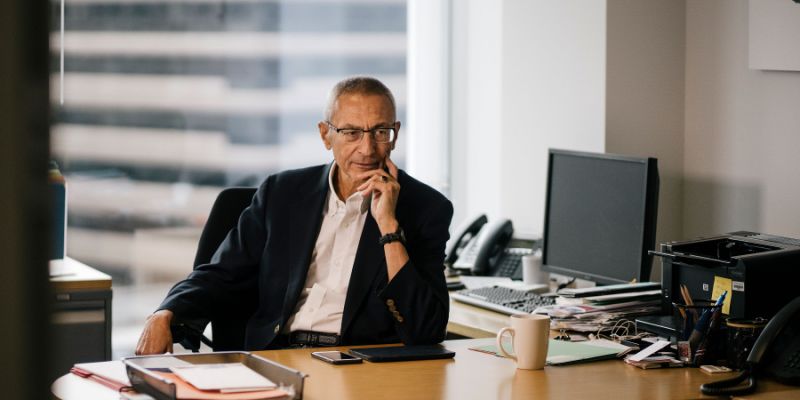 Source: John Podesta Is Ready to Talk About Pizzagate

WASHINGTON — John Podesta has given it a lot of thought and believes the best way to deal with the trolls is to ignore them. His wife, Mary, however, takes a different approach. When angry people call their home in the middle of the night, she has a conversation with them.

“She sits on the phone and talks to them, which is disconcerting actually to most of the people who are calling just to leave a nasty message on your voicemail,” Podesta says. “When somebody actually engages them and says, ‘Why are you doing this?’ they fold pretty quickly. But she has more patience for that than I do.”

Podesta is easily forgiven for having little time for his tormentors. Since 2016, he has been the victim of a deranged and viral conspiracy theory known as Pizzagate. The theory — which has its roots in the emails stolen from his personal account by Russian hackers and dumped online by WikiLeaks — claimed that Podesta was a pedophile and that he, Hillary Clinton and a Washington, D.C., restaurateur named James Alefantis ran a child sex-trafficking ring from the basement of Alefantis’ pizzeria, Comet Ping Pong. More at Source: Rolling Stone •December 9, 2018

Deep state is going down. No doubt about it. MSM tells you why. Only have to look at what MSM won’t touch.