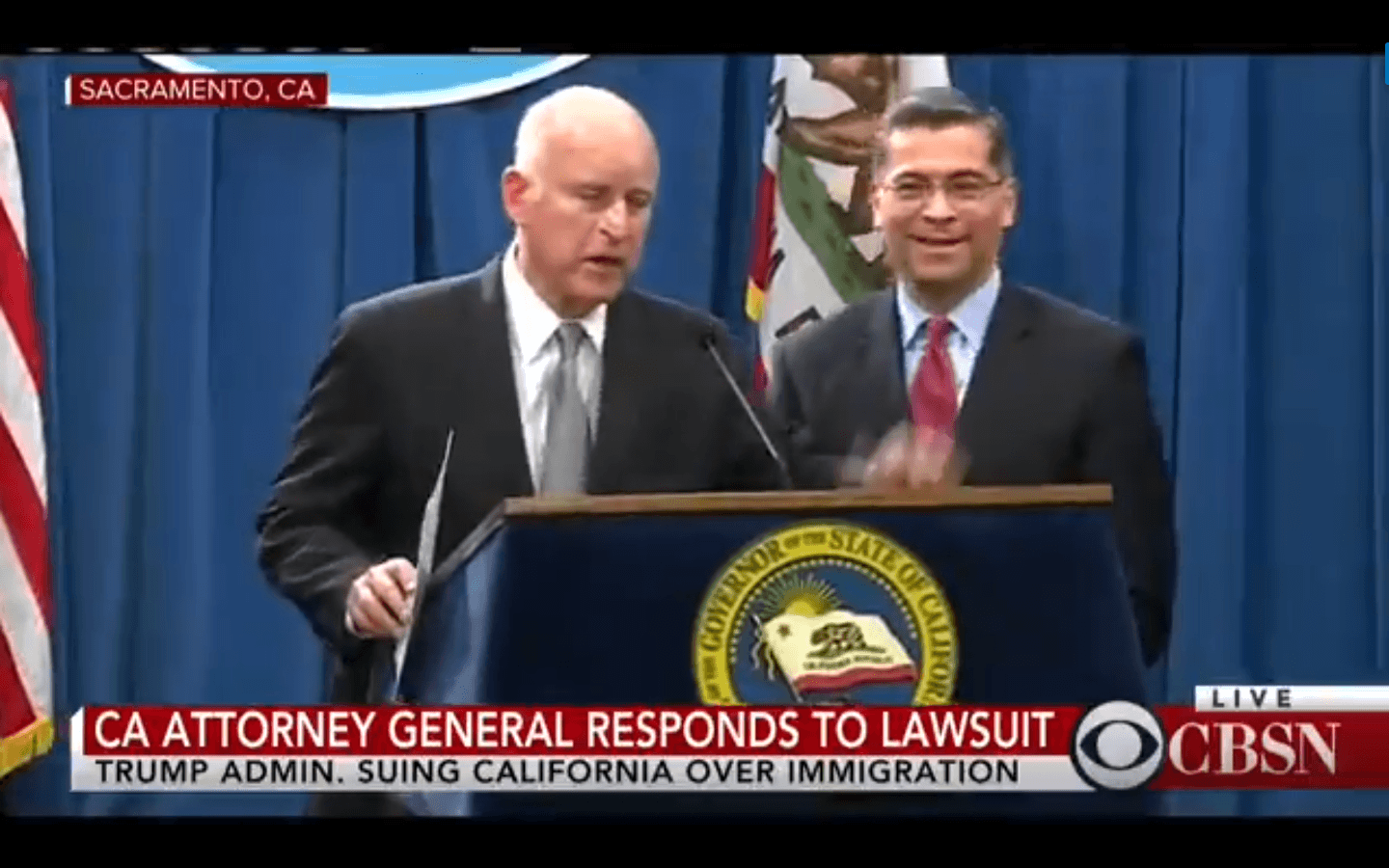 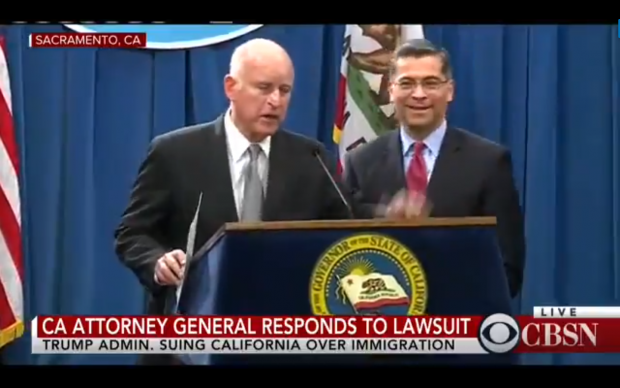 California Gov. Jerry Brown said that the Department of Justice (DOJ) lawsuit filed against California over recently passed state laws was an “act of war” during a press conference with the California attorney general on Wednesday.

“Look, we know the Trump administration is full of liars,” California Gov. Jerry Brown says in response to AG Sessions. “The release records are public, and there's nothing that stops any sheriff who runs the jails to working with ICE.” https://t.co/YVbTYKJhnk pic.twitter.com/5KpGagyB7M