This is a special note to anyone who chooses to read my prophecy documentary. My book was written in the hope that those reading it will be driven to the Bible where they should have been in the first place. This book, or for that matter any other book, should never come or be placed above the Holy Bible. The Last Chronicles was written only to help you see how close we are to the second coming of Christ, and how important it is for you to begin studying the Bible in preparation to meet Jesus. Millions of people know nothing about the Bible or Bible prophecy and will not be ready to meet Christ. My book will help you see exactly what the Lord has shown us about these last days via His Word.

Prophecy Sign: Matthew 24:22-25 “If those days had not been cut short, no one would survive, but for the sake of the elect those days will be shortened. At that time if anyone says to you, ‘Look, here is the Christ!’ or, ‘There he is!’ do not believe it. For false Christs and false prophets will appear and perform great signs and miracles to deceive even the elect—if that were possible. See, I have told you ahead of time”

Galatians 1:6-9 6I marvel that ye are so soon removed from him that called you into the grace of Christ unto another gospel: 7Which is not another; but there be some that trouble you, and would pervert the gospel of Christ. 8But though we, or an angel from heaven, preach any other gospel unto you than that which we have preached unto you, let him be accursed. 9As we said before, so say I now again, if any man preach any other gospel unto you than that ye have received, let him be accursed.

2 Peter 2: 1-2 “But there were false prophets also among the people, even as there shall be false teachers among you, who privily shall bring in damnable heresies, even denying the Lord that bought them, and bring upon themselves swift destruction. And many shall follow their pernicious ways; by reason of whom the way of truth shall be evil spoken of. 1 John 4: 3 “And every spirit that confesseth not that Jesus Christ is come in the flesh is not of God: and this is that spirit of antichrist, whereof ye have heard that it should come; and even now already is it in the world.”

1 Corinthians 15:14-15 “And if Christ be not risen, then is our preaching vain, and your faith is also vain. Yea, and we are found false witnesses of God; because we have testified of God that he raised up Christ: whom he raised not up, if so be that the dead rise not.” Prophecy Sign: Matthew 24:7 you will read the Lord Jesus warn that we would hear rumors of war. Once again we are hearing war is coming.  Will the US really take action against Iran?  That is to be seen.  In the 3:30 minute mark in the video Ambassador Dan Gillerman says that if the US does attack Iran Israel will. 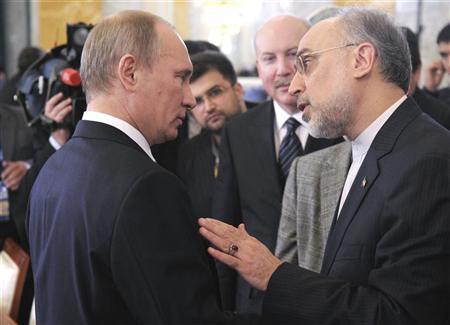 Prophecy Sign: Road to Ezekiel 38 war of which Russia will lead an end time invasion against Israel.

Russia warned Israel on Wednesday that attacking Iran would be a disastrous and played down the failure of a U.N. nuclear agency mission to Tehran, saying there is still a chance for new talks over the Iranian atomic program.

“Of course any possible military scenario against Iran will be catastrophic for the region and for the whole system of international relations,” Deputy Foreign Minister Gennady Gatilov told a news conference.

It was one of Russia’s starkest warnings against resorting to force, an option Israel and the United States have not ruled out if they conclude that diplomacy and increasing sanctions will not stop Iran from developing a nuclear bomb.

“I hope Israel understands all these consequences … and they should also consider the consequences of such action for themselves,” Gatilov said. “I hope a realistic approach will prevail, along with a sensible assessment.”

Russia, China as well as many allies of the United States are concerned that any military action against Iran could engulf the Middle East in wider war, which would send oil prices rocketing at a time of global economic troubles.