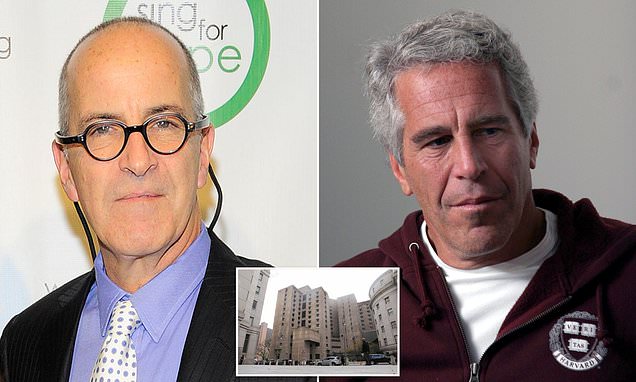 Mark Epstein insists his brother pedophile financier Jeffrey Epstein was murdered after a pathologist he hired said he died by ‘homicidal strangulation’ and not by suicide.

‘I believe my brother was murdered. I want to know what kind of investigation they did. I have no indication that there was one,’ Mark Epstein said to The Sun.

‘I hired a very well-respected forensic pathologist, Dr Michael Baden, who is an expert on people being killed and the deaths being written off as suicide, to make an independent evaluation,’ Mark revealed.

‘There were three broken bones in my brothers neck.

‘Dr Baden says when you hang yourself and your feet are dangling, you are likely to break bones, but he says he has never seen three broken bones in kind of soft hanging that supposedly killed Jeffrey,’ he added.

Epstein’s former girlfriend and confidante Ghislaine Maxwell, 58, was arrested on Thursday in New Hampshire on six charges of sex trafficking and perjury in connection to the alleged trafficking ring.

She previously denied all wrongdoing and faces 35 years in jail if convicted.

Mark Epstein has refused to comment in Maxwell’s arrest.

A source close to Epstein says Maxwell life may also be at risk now that she’s in custody.

‘She will be very-well guarded, but I won’t be surprised if she dies and it is announced that she killed herself,’ the anonymous source said.

The source also revealed that Epstein had threatened before his arrest that he had damning information on his rich and powerful friends including President Donald Trump and former president Bill Clinton.