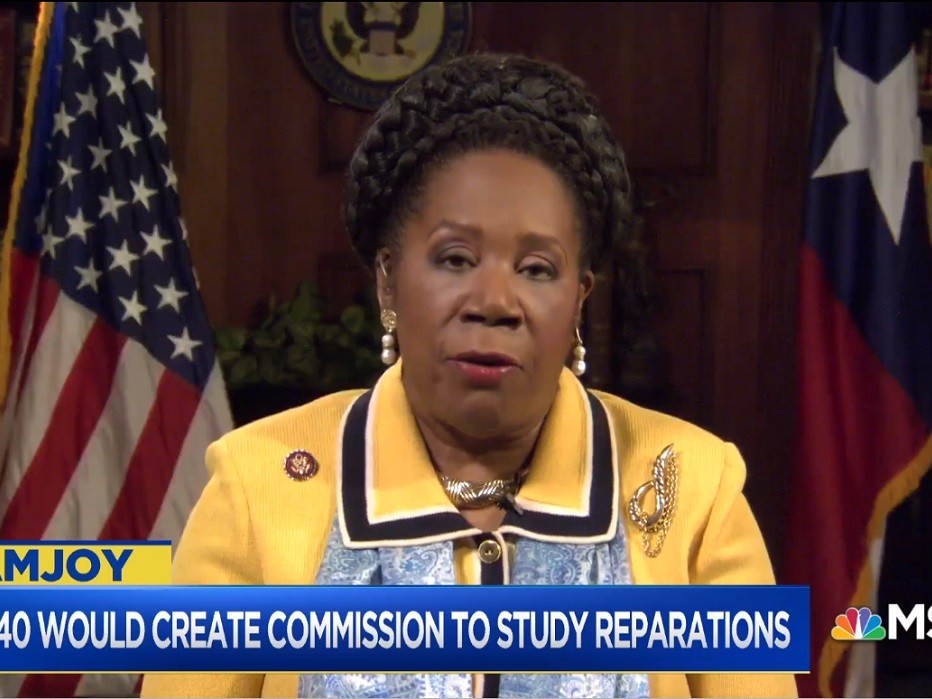 Saturday on MSNBC’s “AM Joy,” Rep. Sheila Jackson Lee (D-TX) participated in a segment featuring a discussion about reparations for the enslavement of | Clips

According to Jackson Lee, her H.R. 40 bill was introduced on the first day of Congress in 2019 to create a commission to study reparations.

“They understand it is long overdue for a national dialogue dealing with Africans, African-Americans as slaves,” she said. “This was an institutionalized and condoned action by the government from 1619 to 1865. De jure and de facto acts have shown the impact on African-Americans.”